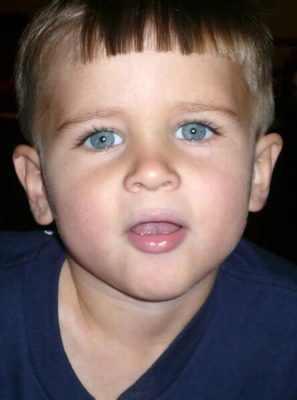 The workshop is starting a week from today and it will take on new participants every month. I scheduled it for Easter Sunday… but to make up for it, I will give the first subscribers more attention… and it’s worth a lot more than what they are losing.

As I am preparing, emotionally, for the course, and the challenge to crack some hard nuts, difficult issues on the call, I have amped up my awareness, and I am starting to see stuff that I could not see before.

Now, in every interaction, the background intention I have: would I be able to create a custom activator for the other person, based on what I see in that conversation?

I am going to share with you a few distinctions, that without understanding those, you’ll not quite get how the activators work, and how soul correction works. That includes: how raising your vibration works.

The first distinction is: reticular activator. This distinction was made mainstream by Maxwell Maltz with his Psycho Cybernetics method of self-improvement. He calls the reticular activator your “automatic goal seeking ‘servo-mechanism’.” He says that your automatic goal seeking mechanism is like a heat seeking missile: it will find your target. He even warns that the target needs to be specific, or the missile will “bomb” every heat source, not just your target.

He has methods of setting your target, but that part was, for most readers, lost in the shuffle, so to say, most people were left with a myth: you need to think of something, need to desire it, and your goal seeking mechanism will deliver it to you on a silver platter.

Nothing is further from the truth. You must use Dr. Maltz’s or any other method of committing, fully distinguishing your target, and then your inner mechanism, the reticular activator will deliver it, no fail. But not on a silver platter, not as a manifestation, but as a result you achieve, through work.

In my case, preparing for the soul-correction workshop, I needed to distinguish issues best suited to become custom activators, so my inner mechanism can do the search for me.

It’s taken a whole week, but finally I am confident that it is now on autopilot, and I can trust myself to deliver on my promise, be on target, and maybe even infallible, if there is such a thing.

During this week, and especially yesterday and today, I got a piece of the “puzzle”, and that piece is the cause why most people would not want to do the soul-correction workshop, and why people leave a course when they do.

Their core issue is hidden from the person’s view and it may be unconfrontably evil.

One example is the Evil Eye. The Evil Eye is the desire to tear you down, so they can feel above you.

They don’t want what you have. That would be envy. No. They simply want you down and out, dead, penniless, a failure, lose everything, love, money, property, fame, esteem… so they can feel better about themelves.

Is it horrible yet?

I am not done, but before I can continue, I need to introduce another distinction, this one is from Landmark Education, called “Racket.”

A racket, just as the word indicates, is much like a scam from the time of the Great Depression. You have an innocent front-end and a sinister back-end.

During the prohibition alcohol was prohibited. The Mafia ran rackets: in the back of perfectly legitimate businesses they ran gambling, drinking joints. (Gambling is still illegal in the US.)

Now, how does this work in the distinction “racket” and what does this have to do with evil eye and soul-correction?

In the front there is a hook, a bait with which you fool everyone, a complaint. They say: poor guy, he deserves better. In the back you are running a sinister business.

Rackets is a move of the machine in human being, it is a recognizable structure of behavior and emotion, and every human being has at least one racket: a persistent complaint plus a fixed attitude. 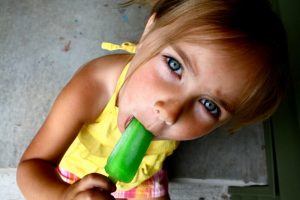 In the evil eye racket they have a complaints that they don’t have, can’t have, not allowed to have, resulting in not having what they want. The fixed attitude is that they’d rather have you under them, than do anything to achieve anything and have no more complaints. You being reduced to nothing or less than them makes not having OK. You can see that it’s a mechanism, and the benefit (not having to do anything) outweighs the cost (not having anything much.)

I examined five people with the Evil Eye, and found the following identical moves:

Now, turn around and consider that you have this Evil Eye… (not everybody has that! but if you do, you’ll know it.)

I’ll say it in second person now, listen up and watch your feelings: You want them dead, You want them down and out. You don’t want what they have, you just want them not to have it: love, happiness, money, success.

How did that feel?

Now, tell the truth, if that were true about you: would you want to be in the Soul-Correction Workshop?

Some, a small percentage of people, will see that getting rid of this type of evil inclination would make them much happier, successful, and peaceful on the long run.

If you are one of these amazing people, sign up for the Soul-Correction Workshop. That, combined with the Avatar State Audios is the only system known to man that raises your vibration, 100% guaranteed.

2 thoughts on “The Evil Eye and the soul correction workshop”