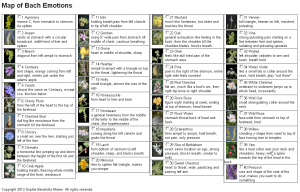 All Decisions Are Emotional. Later You Justify Them With Your Mind. Want to know what emotion blocks your breathing?

There is nothing new in that for many of you, but for those of you that didn’t know about it: let me explain.

Emotions is a guidance system that is much more ancient than the mind. You feel stuff way before the mind gets alert that something is going on. The mind is always late to every party. The mind asks the question: “What happened?” because it doesn’t know.

Now, up till here, this is pretty commonplace for a lot of people.

What I am going to say now is new, even I didn’t know until this past Saturday. It is so new, and it is so shocking, to me, that I have been telling it to everyone who is willing to listen.

In many Landmark Education programs, they recommend that you use a koan. 2 It’s a good idea to have a koan in mind while you are reading this article, and maybe continuously until you completely get it…

The koan I recommend: “for you, everything is the same as everything else, except that not always…”

Koans don’t make sense until they do. It has taken me 27 years to mine all the gold that is in this particular koan.

OK, let me explain what I have found:

I have found that of the 40 possible negative feelings, a “normal” human being can identify maybe 5-10.

The rest of them they don’t identify them correctly. They do feel them, but they mis-identify them.

The feelings they recognize are mostly anger, jealousy, resistance, fear of failure, fear of being found out, shame, guilt, and impatience, sadness, tiredness, terror, hate, and grief.

Now, don’t be mistaken, you feel all 40, and all the combinations, but you will call them with your favorite 5-10 emotions, and will act consistently with what you call them, not the emotion. 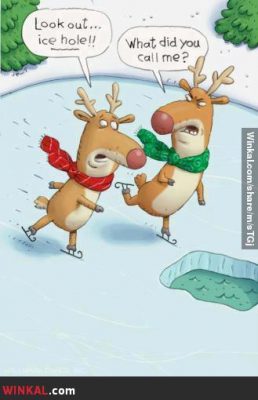 Or how many times did you think you loved someone, only to find out that it was lust? Or jealousy? Or possessiveness? Or a move to prove your superiority?

If my students in the Soul Correction Workshop are any indication, you will have a favorite way to react to everything.

This is how it works:

You have an emotional response to what’s being said or done or what happens. Your mind interprets it, and then you react.

Your emotional response is a reptilian brain response: we don’t call that the mind, no words there. It will be inaccurate if you were previously “trained” to fear… being threatened.

The mind adds the second layer of error, because it doesn’t know left from right, it is a stupid machine, and you never actually learned to accurately identify your emotions. You have been pushing underground most “negative” emotions as unsavory, and now you are screwed.

To the urging of another student, I have created a map of the 40 Bach Flower emotions, and I’d like you to have it. At this point it is a one-page pdf document. But eventually I’ll make a video to illustrate the map, and talk you through it.

The more feelings you can correctly identify, the closer you will be to reality, and the higher your vibration will go.

This is not about avoiding negative feelings: emotions are there to inform you much before your mind, your conscious mind can even wake up. You need them.

Abraham/Hicks have made quite a name for themselves teaching you to change your feelings. Although that may have some value, the real value is in knowing what the feeling is saying to you, to look at it, and appreciate it.

I have noticed that when you have the courage to look at something like pain or emotion, the intensity lessens, because the purpose of pain and emotion is to get your attention.

And I also don’t mean to tell you to wallow in your emotions: emotions, when you pay attention to them, are energy in motion, they move. The “emotions” you wallow in are not emotions, they are frozen attitudes.

A normal emotion comes and then it goes, faster than you can blink. What perpetuates you feeling it is the mind that labels it, or shall we say “mis-labels” it.

2 thoughts on “Are you sure you are feeling THAT? How many emotions can you identify in yourself?”