We’ve been doing brain cleansing with Source Light, for about a year now. Honestly, I don’t know how it is doing it, I don’t know what it exactly does, but I can tell you the results I have experienced on myself and on participants of those sessions:

My eye sight improves by far. After those sessions I can see as well without my glasses, as with them before the session. Maybe even better, the foggy hazy edges of my visual field are gone. Long? No. For about 4 days.

I sleep better. I am sharper, remember without effort, have more energy, and am in a better mood.

Students: they are able to get off their depression meds, their anxiety meds, their ADD meds. We haven’t had anyone with Alzheimer or Parkinsons, but if brain cleansing has any effect on those, I am sure they would experience a reversal of symptoms, or something like that.

One of my students suggested that I write a book on what we do, like the brain cleansing, and honestly I didn’t think it would be worth my time, I prefer doing it than writing about it. Why? Because when you write about something that you do, you need to make it meaning-full for the reader, so you add stuff that is not your direct experience, and you become one of those people that are all Tree of Knowledge. It’s not my path, so I am reluctant.

But I am willing to write an article about brain cleansing, one of my favorite things to do, so here you go. 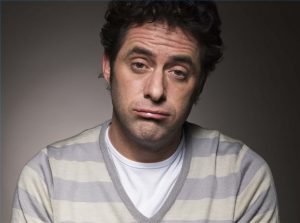 Turns out that most of those places only talk about brain cleansing, and the ones doing brain cleaning are doing it with diet, which either works or doesn’t. Mostly doesn’t. What are they thinking?

So here are a few quotes from what I found:

The brain can be a messy place. Thankfully, it has good plumbing: Scientists have just discovered a cleansing river inside the brain, a fluid stream that might be enlisted to flush away the buildup of proteins associated with Alzheimer’s, Huntington’s and other neurodegenerative disorders.

In most of the body, a network of vessels carry lymph, a fluid that removes excess plasma, dead blood cells, debris and other waste. But the brain is different. Instead of lymph, the brain is bathed in cerebrospinal fluid. For decades, however, neuroscientists have assumed that this fluid simply carries soluble waste by slowly diffusing through tissues, then shipping its cargo out of the nervous system and eventually into the body’s bloodstream. Determining what’s really going on has been impossible until recently

In this study, researchers led by U.R. neuroscientist Maiken Nedergaard have identified a second, faster brain-cleansing system. Nedergaard an expert in non-neuronal brain cells called glia, has long suspected that these cells might play a role in brain cleansing.

Nedergaard and colleagues studied live mice with holes drilled into their skulls to gain an unobstructed view. To see how waste is carried by cerebrospinal fluid in a living mouse, they injected the mice with radioactive molecules that could be traced using laser-scanning technology.

You are assuming chimps and humans are a higher form of life. 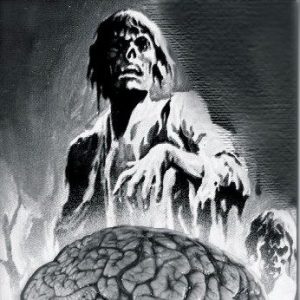 All kidding aside, this study demonstrates that neurodegenerative disorders are treatable with gene therapy. I always understood these degenerative diseases were caused by a slow destruction of brain cells which could not regenerate as quickly as they failed. This sheds a whole new light on the problem. It is more like a slow acting pollution problem for the individual cells. It should be merely a matter of time before a discovery that would reverse the build up of this brain plaque in the first place.

Our bodies remove dead blood cells and other waste through a network of vessels called the lymphatic system. The brain, however, has a different method of keeping clean. Cerebrospinal fluid cleanses brain tissue. But how the fluid moves through the brain and clears waste wasn’t well understood. Until now, scientists could only study brain tissue in animals that were already dead. They thought nutrients and waste were transported through the slow process of diffusion.

OK, enough of Tree of Knowledge.

Let me explain (in about 4 sentences, lol) what we do in the brain cleansing process

Step 1. We connect to Source

Step 2. We place our palms on the skull and keep it there as long as the palms are hot

Step 3. We reposition our palms to include the vision center, etc.

Step 4. We do a liver cleanse to make sure what came out goes out of the body through poop.

Some people on the calls can’t connect. That doesn’t mean they don’t get their brains or livers cleansed, I can, alone, do it to a thousand people (that is how many people fit my webinar system), but it is easier to stay present if you have something to do. So even those that can’t connect place their palms to the appropriate place, and the Light I bring down will make their palms warm or hot as well. 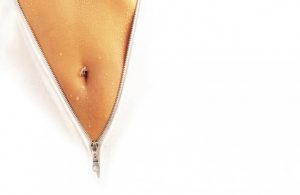 That’s it. Of course preparing your body for the amount of toxins that it will have to deal with, is a wise move. Most people need to take a gentle purging agent and drink a lot of energized water. It is advisable to poop within a few hours of the session.

You can learn to do it for yourself in the Self-Healing Course, and once you are good at it, you can do it for one other person who is present with you, you putting your hands on their body.

I cannot train you to have the kind of connection when you can do it by proxy, meaning do it on your own body and it would work on them.

It seems that that is not teachable.

By the way, you can cleanse the face, sinuses, the throat, and the ear as well, I really enjoy doing that.

I am planning a “big” cleansing session for free in a few weeks for people that have liked my new page on facebook, https://www.facebook.com/ilovehealing. If you don’t have a facebook account, I’ll charge a nominal fee. Regularly a complete cleansing session is $15.

PS: Unexpected side effects, like weight loss, are neither promised, nor guaranteed, but are an entirely possible side effects. Lots of fat exist only for the sole purpose of storing toxins.

UPDATE: The sessions went well, I have recorded them and you can have access to them and allow them to do the cleansing for you, brain and liver cleansing, for a donation of $15 or more. The more you donate the more it will work for you, because the more you believe they will work… simple psychology.

here is the button to pay through paypal…

When you are done paying, please make sure you are forwarded to the membership site, where you need to register to watch the videos. If paypal isn’t forwarding you, there is a link: return to youvibration.com… click that link, after you paid.