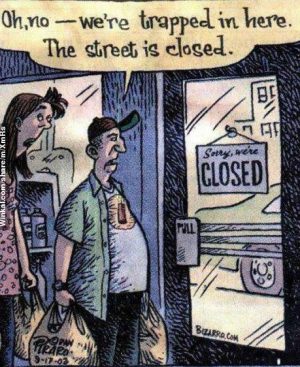 Are you sure that what you want is Raising your vibration? Or do you just want feel good about yourself?

They want it to done for them.

They may be willing to pop some pills, listen to some audios, drink some magical potions, but that’s it.

99% of my site’s visitors are not willing to inconvenience themselves in any way.

They want the same life, do the same things, the exact same way, but have a different result: feel better.

When I get a person to ask me to measure their vibration, 50% of them know that their vibration is low, and agree with the number I send their way.
The other half argues: “But I am such a nice person. Kind, caring, volunteer saving cats, blah blah blah”


I customarily ask for a picture to make sure I am connecting to the right person. Most of them smile a rehearsed smile.

I used to train presenters for a company, and I know people who practice their smiles. People, pretentious like them, buy it. The rest can see through it.

If you think being a nice person, kind, charitable, smiley… then you don’t know what vibration is… and why you would want to raise it.

Move over Genghis Khan, Alexander the Great, Napoleon Bonaparte… Hitler is taking the first prize with 50 million dead… In the world of bad people, the more people you harm the higher you rise. Just look at the maffia… or banks… or food manufacturers, drug manufacturers, medical doctors…

Everything and everyone is about the guru, or about the conqueror: and you need to be gullible, and a simpleton for them to achieve their goal: building themselves up.

He was wrong on every account… Dr. David Hawkins.

But he talked to the masses. He never suggested a valid method for you to raise your vibration… because that, my dear reader, would have made him NOT POPULAR.

And, unfortunately to you, raising your vibration happens through taking lots of unpleasant steps…

Even before you get to the game of raising your vibration, most of you need to get to the position to do it… but once you are there…

In this book I am quoting from, Feelings by Gyozo Margoczi, raising your vibration is called “Self realization”. 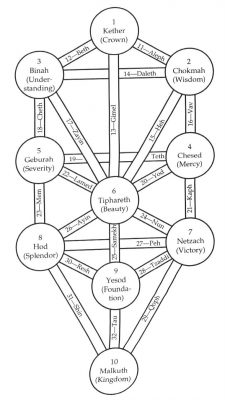 I personally recommend the second solution for everybody! But it is really difficult to transform such a massively embedded image of the world anchored by millions of feelings. Sometimes it is impossible for the individual.

One of the ways of overwriting world images is to overwrite them on a logical basis. The individual starts examining the world around her, draws conclusions and, based on these conclusions, lays a mental foundation that she can use as a starting point for building her own coordinate system. Building a new coordinate system, however, can only be successful if she tries to clean the building blocks from the feelings attached to them. Then, holding onto her own coordinate system, she tries to reinterpret the world and, if necessary, rewrite the feelings attached to certain phenomena.

Naturally, this is no easy task: it is a very contradictory process that lasts for years.

It is a difficult delivery.

Not only does the given person have to cope with the difficulties of the task itself, but sometimes – due to the disapproval, fault-finding and possible expulsion from her environment – her financial or personal safety may also be threatened. And this is all the consequence of the fact that different feelings are attached to a given phenomenon in the minds of the people in her environment than in the mind of the person creating her own value system.

In fact, self-realisation is nothing else but the liberation of the individual from the meaningless and harmful bonds that limit and restrict her mind.

This is the step that makes it possible to interpret the world around us appropriately, to assess our own possibilities and capabilities and to satisfy the lower needs and the higher needs: needs of meeting others’ expectations and our own expectations. As a matter of fact, this is an optimum game that is based on the factors listed above.

This way the personality of the individual can become accomplished, her goals can align in harmony with realistic achievements and her capabilities, and this way she can get rid of most of the problems that have caused her tension so far.

Not primarily because she managed to change but because she managed to understand the world. Although the possibility is open to everyone, it is only the privilege of a few to reach the level of self-realisation. Millions of people fight against starvation and struggle for survival in war-torn areas. Tens of millions of people are illiterate and enormous masses (billions?) of people live in mental poverty and in mental plainness, also in welfare societies.

If you live in mental poverty and mental plainness, no matter what country, you are part of the vast majority of humanity.

You have your task cut out for you.

Your mental plainness and mental poverty is mostly due to your TLB score being very low, 1, and your expectation from life. Your expectation that life and others take care of you, while you do nothing, not much, preferably play computer games and watch youtube videos… preferably from bed.

… people whose world image does not primarily come from their own resources but is based on fundamentals given to them by others, when they act at the level of meeting their own expectations, they still actually want to meet others’ expectations.

When we talk about people at the level of self-realisation, as a matter of fact, we are talking about the other extreme: the person who tries to form his own image of the world instead.

Due to the nature of things, developing a complete image of the world is impossible, the mental capacity of a single person is not enough for the task. But you don’t really need it. It is enough for an individual to see clearly what he sees. Everybody does not have to become a nuclear physicist, a chemist, a neurobiologist, a psychologist and so on at the same time. You do not need to know everything in the greatest possible detail. A comprehensive but realistic knowledge is enough.