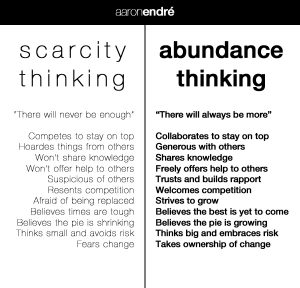 It’s January, and a good large percentage of the searches on my site are for the mindset of money… People’s mind is on abundance this month… and it will stay there till April…

I have been observing people and businesses for decades. If you made it through March, then you probably made it another year… but the sense of impending doom begins in January.

I read a story about a woman who gave away ALL her money.

She was, a millionaire (or close to it) at the time. In any case, she came from money.

Her grandfather was a famous industrialist. Her parents had owned houses and property all over the world.

Thing is, this woman (who had been born into all this money and the lifestyle it afforded) didn’t feel right about it.

She felt she hadn’t earned it.

So she gave it away, ALL her entire inheritance. Lock. Stock. And Barrel.

Then she began doing workshops on contributing to the greater good of society.

But here is the really interesting bit:

Through her workshops and speaking engagements and whatever else she was doing to spread her message — it wasn’t long before she’d amassed another million dollars. Net. 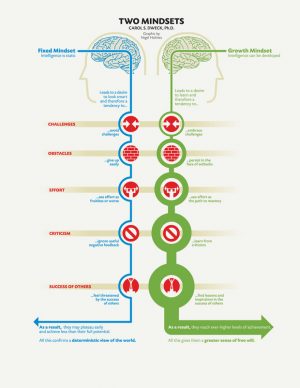 If you have an “I have enough to give” reciprocal altruism consciousness, and you have a vehicle to trade, then wealth is what you will end up demonstrating in your life. These two are underneath: the feeling that you have enough to give some of it away, that there is more where that came from, plus the value proposition: something you have that produces value for another.

Actions are important. But you can never outrun your consciousness with the actions you take.

Now, it is all nice and dandy, but how do you do it?

How do you tweak your consciousness so your actions will produce abundance for you? In all areas of your life…

Here is my current take on it. I probably would have written something totally different just a month ago.

In this past month I learned that everything we do, everything we thing, our “consciousness” is based on feelings, and you can only change something if the feeling world changes first.

What will, remember, this is my current state of knowledge! is the feeling traps you set up unknowingly.

Looking at the paradigm the little story about the woman who gave away and got back a million bucks, we could say that the paradigm is scarcity versus abundance, the sense you have about your world, about your state.

If you feel that there is not enough, and you have to hold onto what you have, or maybe even take away what others have, or you won’t have what you want, then you live in an internal world of scarcity.

The source of that greed, the source of scarcity consciousness, is an artificial construct, we’ll call “desire trap” where you want something that is not possible for you, for whatever reason. 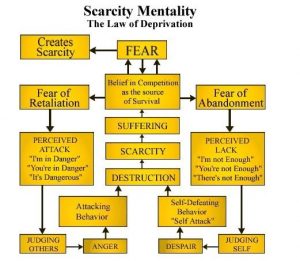 Your desire to possess something that is outside of your reach is fanned by advertisers. By the media bias, seeing people magically have something you want, never showing that it took years, decades of studying and learning, and practicing to earn it.

Your entire sense of the world is that others have it and you don’t.

When it is about “love”, a code word for security and sex, it is never revealed that you need to be the kind of person who can get it, who is chosen, who makes another feel good…

What advertisements do, what lack of proper guidance does, is this:

You don’t know that who you are, what you provide in terms of companionship, or any other value, is insufficient compensation for what you want.

Because you have no idea that the other has all their actions coming from their foundation, their feelings, you have no idea what feelings your actions, your behavior, your presence creates in the other, whether what you want from them is their companionship or their money or their respect.

And your teachers and gurus: neither.

If you really want to know why people’s vibration is so very pitifully low: here is your answer.

If your map of reality matches the outside reality well, your vibration is high.

On the other hand, if your map of reality is based on what society has taught you, then there is hardly any match between the two realities and your experience of life will be full of disappointments, conflicts, and not getting what you want.

Most of you retreat into a tiny shell, because it is getting more and more impossible to get any pleasure from life.

Some of you see a glimmer of hope in my work, and have decided to correct your faulty map, and get more from life.

My current and past students can testify: it is not an easy path… and you get banged up in the process, but if you are intelligent enough, intellectually, then it gets easier as you get past the 200 vibration.

It’s the easiest to demonstrate by telling you to imagine a blind person who is only directed by two things: 1. my voice 2. what they bang up against. And the room they are trying to navigate is much like a furniture storage…

If it were easy, then Helen Keller would not be so famous because of her singular achievement of becoming a full person despite being deaf and blind.

But it is possible.

Your whole world opens up when you go away from the words (thinking) and understand the dynamic of your feelings.

I have a student who was quite hopeless until he read the book “Feelings”. He may want to take on the other book by the same author, “Words”… I am reading it now.

From his perceptibly changing relationship to the world outside of him I can see what is possible: “getting” the profound and elementary importance of knowing how feelings do their work of directing your actions starts correcting your inner map of reality.

Of course, like everything, a certain level of intellectual aptitude is needed… like an average level of IQ, a large enough vocabulary, some level of comprehension, and insight.

Your spiritual capacities can be awakened once you live where you should: in the feelings that guide you, correctly, to a map of reality that is as accurate as your senses.

Because the world of notions, the world of words: words misunderstood and used incorrectly hasn’t done anything good for that… in fact that world has made you lose even the capacities you had before.

Some people learn easier. My observation and my hunch is that if you are practiced in learning foreign languages, then the language of feelings will be easier for you to acquire.

I haven’t had anyone read the book(s) who are not experienced in learning a foreign language.

But if you look at Helen Keller, until she got the connection between the feeling of water and the word “water” she was locked into her world that wasn’t pretty at all.

You may bumble about for a long time before that one little opening cracks the inner world of feelings open for you. It is probably shortened by getting daily correction, daily coaching from me. 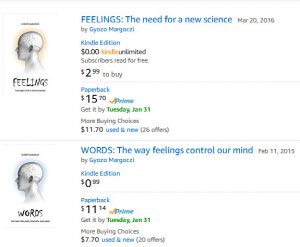 Read the books. Stick with it.

It is the necessary step on the path to becoming a human being. The next level of evolution for humans.

If you need the pdf version of the books in addition to the kindle version: email me your receipt. This book I will not give you access unless you demonstrated your will with buying it first.

PS: when you look at the illustrations I have on this post, what you want to notice is that they all try to use words to influence you… If that worked, we would live in an abundant society… but if you pay attention: with every meme, with every mention of abundance and scarcity, we get tighter and tighter wound in where we are… because those memes don’t come from the understanding of the dynamic of feelings… But I could not find better pictures. It’s a new science…

PPS: I’ve said (repeated what I heard Tai say) that the opposite of fear is abundance. I see it differently now: I see that the opposite of abundance is greed. Scarcity, the sense of scarcity, is the result of wanting, aka greed. Wanting of anything, money, love, a slim body, peace of mind, knowledge, someone to like you, companionship… that wanting makes you repel what you want, regardless of your “moves” and “actions” to get it. When you have greed, the more you do the more you repel it. Hm… isn’t that interesting?

PPPS: The fastest way to spin your vibration out of the rut and raise it is the Harmonizer audio, an Avatar State energy. It works.

Raise your vibration fast: Get Harmonizer