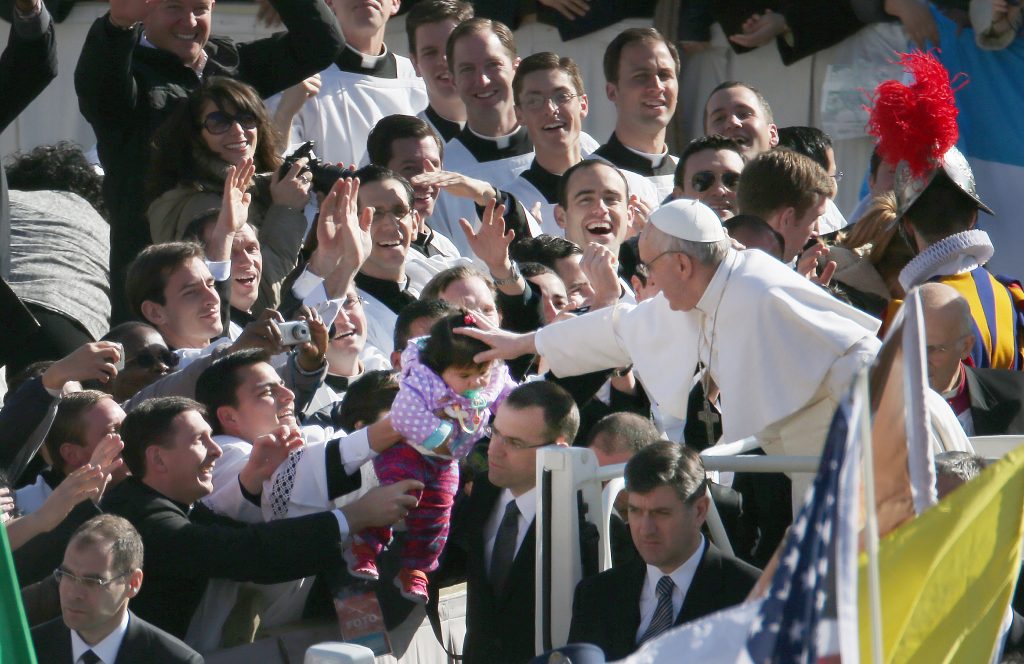 VATICAN CITY, VATICAN – MARCH 19: Pope Francis touches a child’s head as he arrives in the Pope Mobile for his Inauguration Mass in St Peter’s Square on March 19, 2013 in Vatican City, Vatican. The mass is being held in front of an expected crowd of up to one million pilgrims and faithful who have filled the square and the surrounding streets to see the former Cardinal of Buenos Aires officially take up his role as pontiff. Pope Francis? inauguration takes place in front of Cardinals and spiritual leaders as well as heads of state from around the world. (Photo by Peter Macdiarmid/Getty Images)