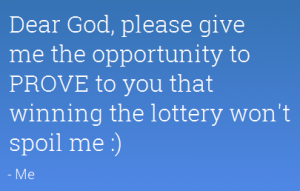 As I promised, the next step in creating your life that discouragement is only a rare guest in, instead of a tenant…

I am going to start with a somewhat gossipy story: my conversation with my mentor, Gyõzõ Margóczi, the brilliant engineer who wrote the books “Feelings” and “Words”.

I suggested that he thinks about developing a feedback device, that gives you valuable feedback on your feelings… because being in touch and understanding the dynamics of feelings is the hardest thing for a regular human.

And everyone is a regular human… 🙁

His answer, pay attention, was that there must surely be a rich man, like Bill Gates, who would want to stand behind this project for the betterment and evolution of humanity.

And here, I am going to go politically incorrect… bear with me, it will be worth it.

I am a Jew, Margoczi is a Christian.

And in his approach and my approach at this point go in widely separate ways. 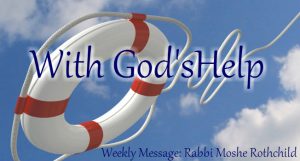 His approach: someone will want to do it…
My approach: if it is to be, it is up to me.

Now, why did I bring religion into this conversation?

Because religion is culture. It is the cultural approach to life.

Christians ask god to give.
Jews say, when they attempt something: With god’s help… meaning: I’ll do it with the support of the energy…

I know, it is said: help yourself and god will help you… but that is an afterthought. That is not how people live.

People live, moment to moment, that it is not up to them.

Jews, widely misunderstood, widely hated, take step after step, all the way to the end… hoping that god is with them. But they are doing all the heavy lifting, doing all the planning, all the talking… because the culture of Jews is: If it is to be, it is up to me.

It is so, whether a Jew is religious or not. I am not, have never been.

Living in a Christian country, through osmosis, I learned that you can beg for help… the more you get it, the more you shift your cultural attitude from Judaism to Christianity: having your hands out.

And even though the mystical tradition of Judaism is called Kabbalah, which literally means Receiving, the teaching part of the Kabbalah teaches how to be in alignment with the energy, so you can have it on your side.

And whether the Universe is real, or whether it is a Hologram, whether there is a Creator or not… alignment with The Rnergy is the name of the game. 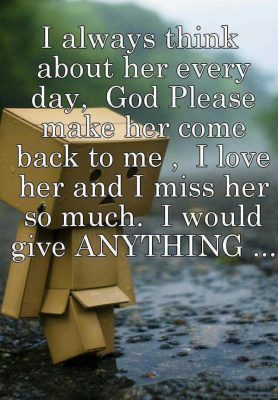 One of my Christian students took it on herself to say “If it is to be it is up to me” and went from nothing to having a craft. It took all she got, by the way.

And just recently, she managed to say “if it is to be it is up to me” to selling her craft… and started to act consistent with that.

It is a turning point, no matter what religion you grew up with. It is an attitude about life… one works, the other doesn’t work that well.

One gives you the power, the other defers to power to some outside force.

Now, let’s see what does a Jew do with the new science: the inner dynamic of every human, whether they know it or not?

A Jew (me) starts to look how to make it a value. Remember: value is produced in interaction. If what the book teaches does not enlighten you, doesn’t give you a tangible benefit: it is not a value for you.

But for those words to give you value: you have to know how to read them. Meaning: I probably have to tie them to something that has already provided value to you.

GPS (Global positioning system, some gurus call it god positioning system) is a device that helps you find your way when you drive a car, for example. It does one thing better than a map: it locates you. It sees you and sees which direction the nose of the car is pointing. So when it says: go forward… it knows what you did.

Feelings, the feedback from the senses, sight, hearing, tasting, touch, and the inner ear that can tell you whether you are upside down, or right side up, will provide the locator role.

But there is a lot more to a human than that… So this particular GPS will also check what inner need forces are present, and in what stage of fulfillment they are.

And if and when you have fulfilled those effectively, then self-satisfaction and self-realization, which are higher needs, but they are inner needs nevertheless.

Once you understand, through the GPS how all these forces guide your emotions, guide your actions, armed with this knowledge, you can start to move consciously, instead of unconsciously.

Thinking that thoughts direct your actions is a level of unconsciousness that at this point in history is dominant, and has been dominant for 200,000 years.

One could say that the original sin, eating from the Tree of Knowledge before you would know your ass from a hole in the ground, is the original sin of humanity, that you have, with the help of the GPS, a chance to correct, in your person.

Worry about yourself. You need to track your way back to the Garden of Eden, and start with first things first, the Tree of Life… so you can be in harmony with Life, with the energy that god is.

So you can go from thinking idiot to wisdom.

So you can start growing along the lines of your DNA… whatever god is, has been waiting for you for 200,000 years.