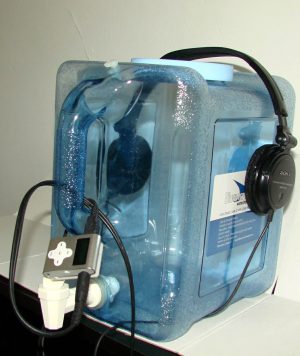 My hunch is that hydrating the diabetic’s cells can end the diabetic misery… But it needs testing. If you have diabetic friends, family members: you owe it to yourself to test the Energized water on them. Diabetes can cost tens of thousands of dollars to the person, and makes 250 billion dollars to the medical establishment… lucrative. More lucrative than recommending a $60 audio… for sure.

If you get tired in the middle of the day, or are just plain tired… that means that most likely your hydration is low.


The highest hydration of people who drink any water not made coherent with the Energizer Audio is 10%. That includes people who drink Sante Water: the water cannot maintain its coherence for long. The world is incoherent… and it effects the water. By the time you get your Sante Water, its vibration is under 600. The water is coherent at 653 vibration… and its vibration cannot be raised higher. Just like you cannot heat water to above boiling point…

Depending on what you drink, what you eat, or how much emotional stress you have, your hydration swings wildly during the day.

Your true hydration number is what you wake up with.

Coffee, tea, chocolate or anything sweet will lower your hydration by as much as 20 points. Instantly.

When my hydration drops to 30% (I drink a lot of coffee) I am very tired. But just drinking a glass of water… slowly, raises the hydration back to 50% and the tiredness is gone.

Your hydration is as important for how you feel as your nutrition, but much easier to raise.

I only know one thing that raises your hydrations, and that is the coherent water made with my Energizer Audio.

It takes a long time to make water coherent.

Why? Because coherence happens at a very high vibration. And vibration, the numbers, are logarithmic.

Coherence is a state change. Much like boiling or freezing…

I used to think that the water is coherent at 650… and my hydration was low and I was always tired. I even woke up tired.

When I discovered that the number is 653 I also had to learn that it takes very little time to raise the vibration of the water to 650. And then the same amount of time to raise it to 651, then again to 652… and then from 652 to 653 it seems forever. But it is worth it. Because the water, at 652 isn’t coherent. It tastes better. But it isn’t hydrating your cells.

Your cells is where all your energy is created. Energy you notice and energy your don’t notice.

For example, it takes energy to have a good immune system, that can instantly react to some attack, like a cancer cell, or a toxin.

I used to have cancer cells in my body, the muscle test showed a depressing picture.

And now, almost a year on the coherent water muscle test says “no” to the same question. No cancerous cells.

And a very speedy recovery after my body is attacked by bacteria… because of hanging with people who spew it in the air, or because of allowing my feet to get really cold, like yesterday after I shovelled snow: the snow melted into my shoes, socks, and I was too busy to take care of it…

But half an hour spent under the cover was enough to get up, renewed, without a trace of the scratchy throat, and the beginning headache.

My body is so intolerant to anything being out of whack that I can detect stuff your body will eventually die for without you even knowing what hit you.

They need to be preserved… but the preservative is toxic.

My body shows that it is attacked… your body puts up with it, shows no big signs, but that may not be as good as you think it is.

Because ultimately what my body is telling me is this: invaders are present and we are calling up the army of white blood cells to get rid of them. Slow down or else…

So for a few hours after eating something with toxic preservative for a few days (silly me) I had a fever blister, headache, and temperature.

Because my body is healthy, my cells are hydrated, I got rid of all of that in 3 hours… whereas that fever blister would have festered, before I got myself hydrated, for 3-4 days or maybe even more.

When someone pays for their Starting Point Measurements, the most important information I glean from their numbers is their hydration.

It tells me nearly everything I need to know for myself.

So I have started to ask people with low numbers to buy the Water Energizer audio and start hydrating their cells.

If they do it: there is hope for them.
If they don’t… I won’t hold my breath.

Their soul correction will show me how they are going to behave typically. No trust, resist, devalue, do your own thing… as many different ways to do the wrong thing as many soul corrections.

So I try to work only with people who will do what I ask them to do.

I make mistakes, occasionally, when because of some do-gooder (social worker) tendency also in me, I take on someone who will never get well… because they insist on doing their own thing… which is always the wrong thing.

Soul correction Circuitry? Forget about it! They won’t get well.
The four hard soul corrections I have been able to force them to do what works… but it’s a lot of work for me. 1

And then the “mild” soul correction: thank god for them.

The reason I created the Water Energizer Contest is to give people a free opportunity to check themselves before they wreck themselves.

The soul correction is unconscious. They don’t know they resist, or change, or devalue, or ignore the instructions. So bringing a little consciousness, awareness may help… and may not.

If you don’t energize your water fully, if you pick the wrong base water, if you use the wrong equipment, if you don’t drink the water… then that is your method of creating the good life for yourself… NOT.

And then you can act very surprised, or very disappointed, but it is all a charade… Somehow you get more “juice” out of being a loser than from living the good life.