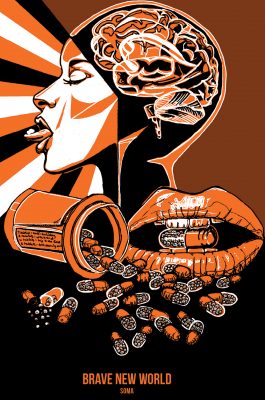 If you want to enslave a man, the best and fastest way to go about it is to rob the man of his common sense, his guidance system. The feelings.

Train him to not trust his feelings.  To not even feel them. Or call them emotion names.

Train him by printing on plastic bags that they should not be put in the cradle… because a child may suffocate playing with it… Do this so the man will stop thinking for himself and start relying entirely on thing being given to him chewed and digested.

Give him the religion of positive thinking.

And when you thus destroyed him and his trust in his own common sense, you’ll have for yourself the brave new world owned by the few…

That’s the article. The following is only details, details from the Brave New World book.

Soma is a drug. It has three relevant meanings for the purposes of this article:

My challenge is that the enslavement work is nearly finished. 91%

I am building a ragtag team of a few who value being a person, self-determination higher than the comfort of being used as electricity producer.

If you haven’t seen the Matrix or haven’t seen it in a while, watch it. The reality of it should strike you, and you should see whether you’ll choose being part of the ragtag team, or you’ll go back to eat the ‘steak’ of enslavement.

My work, returning you to being a ‘man’, will cost you the illusion, the comfort, the pleasantness of the ‘matrix’.

And I only need a few on my team.

We are re-learning how to be a man.

The first step is to learn to feel our feelings where they are: in the body. Cut them from the thoughts, the interpretation, the urge to fix it. Temporarily, so you can feel… instead of be influenced by the cultural enslaving narrative that enslaved you in the first place.

The second step is to change what you feed your brain…

Instead of pre-digested nonsense… feed your brain what will make it work again.

Last night before I fell asleep, I muscle tested the ‘IQ’ of many people.

The Bell Curve is the normal, natural distribution of random things in a given population… like intelligence.

The Bell Curve is symmetrical. But if you keep the standard the same, with time, the center of the curve moves to the right or to the left. 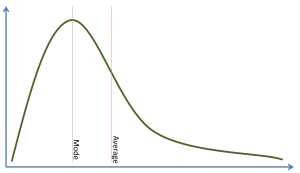 The IQ curve has been steadily moving to the left…

Mathematics cannot be taught. Mathematics needs you to work with you looking at what is in front of you, look with your brain. But if your brain has been replaced with the mind… the pre-thought stuff, then you can’t do mathematics, can you?

The same about my work, The Work of ascension.

Yesterday 75% of the participants in a course declared that it makes no sense what I asked them to do.

I asked them to look at their core belief and the kind of life it has given them. I asked them to see if it worked to believe what they have been considering the most important thing. Example: ‘I can get what I somebody else has without any work, any skills, anything… because I want it.‘

They could see that it didn’t get them what they wanted… But when I asked what they would do that can work, they got stuck.

I said: you start doing the things that can get you what you want!

‘But how do you start it?’ ‘You start by starting it. Exactly the way you get up from your chair by getting up! I yelled. Maybe you say: I am starting it… and then start.’

No answer. No echo. Nothing. Can’t seem to be able to grok it.

Humanity completely robbed from initiative, of will, of anything that would make them human.

People today feel superior to almost everyone else, because they can tie their shoe laces, or they can do some job better than others.

People cannot see or hear thinking, other their own thoughts.

The tool of thinking is lost… but hopefully not fully. Hopefully, if you put yourself on a fast from the pre-thought cultural ‘conversation’ you’ll start to hear yourself… and hear the feelings-guided common sense. By feelings I don’t mean emotions… I mean feelings taught in the ‘Feelings’ book.

The feelings book looks at the language of the body. Wordless, emotionless guidance. Pulls, pushes, gaping emptiness, pressure, relief… these are all feeling-words… they MEAN nothing. They are a guidance. Part of common sense to know what they mean. If you don’t, you can see that you have lost common sense already.

When you get there, when you are guided by common sense, you’ll find yourself…

You’ll be able to tell yourself apart from the cultural nonsense (the opposite of common sense).

This is also where you’ll begin to move to the right on the IQ bell curve. You do not just feel like you are smarter, but where you can actually BE smarter than most.

And even if that is true, being smarter than another does not make you smart… Just look at the curve: if you find yourself on the hat part of the curve: this is true. But that smartness isn’t sufficient to create the good life… or most of humanity would be working on the good life. Or are they?

When you look around, what do you see? Are the people you see working on the good life? Or do you see them chasing mirages?

I see them chasing mirages, like my students. Or they realized the mirages don’t work, but having no alternative, they are resigned about ever getting there.

That includes all the writers of all the articles, all the books, all the plays, all the movies. The eight billion. 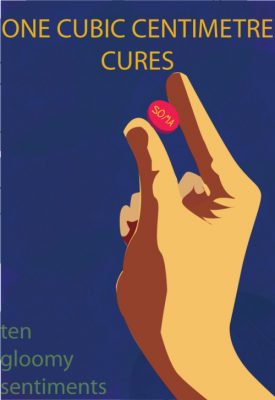 Being an article writer in this day and age makes you chase mirages by catering to those who want to know more about how to chase mirages… And if my feelings are not betraying me on this: you cannot write trash and live gold… Impossible.

Your vibration tells me which of this worlds you live in. To what degree you honor virtue, to what degree you can say no to trash. The degree of your integrity and maybe even your authenticity.

It would be a number, and it would answer all those questions.

Or I could test how comfortable you are living in the matrix, being a cog in the machine.

The higher that number is, the less likely that I can entice you to leave the matrix.

But the measures 30-48 do a good job to indicate. The more comfortable you are in the swill, the less likely you’ll do what it takes to return to being a Man.

Many people I measure have very low health numbers: hydration and health. But if their comfort with being in the matrix is high, they will not want to do anything about it.

Yesterday’s students had low cell hydration, low intelligence, low energy, and low discomfort. I could not move them.

The starting point measurements are mainly for my benefit: to be able to see at a glance who has the potential to become part of my ragtag team of freedom fighters. Fight for their own freedom… Each to fight for their own personhood.

Nothing else is required… I am not working on a traditional revolution here.

My job, given to me by Source, whatever that is, has been to work out a method that can turn humanity into a new humanity… instead of the slave humanity it is. Without blood. Without killing. Through re-awakening.

The biggest challenge is, as I see it, that people cannot tell the difference between dreaming and being awake.

I tell them: talking about flying isn’t…

100% of the ‘memes’ talk about flying… you feel like you are flying, at least for a few moments, and you are happy with that. Those memes work on you like soma works on the Brave New World’s people.

You are ripe for the soma of the Brave New World, or maybe you are already there. Using these memes for soma. For quieting the soul.

Quieting the soul that is suffering. All the soul ever wanted is for you to be a Man, to do what you were born to do, to live gloriously… in reality, not only in your head.

The following are quotes, in the footnotes section of this article, on soma in the book Brave New World that has foreseen the future we are living. 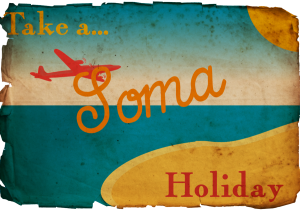 You give it a rag soaked in sugar water and the soul quiets down, leaving you unopposed for at least a few minutes. But when the sugar high wears off, the soul starts to nag you… and nag you and nag you…

That is the soul’s job.

As long as I feel your disquiet, I am still in business.

When humanity becomes 100% sheep, then it will be all over. How much time do we have? Years? Months? Days?

So now what? Is it over? Are you lost?

If you really look, what has enslaved humanity is that they now look not in reality but in the mind. The shadow of reality…

So if I needed to devise a method that anchors you in reality, even in your current state, I would devise a method that makes you look. Look at trees. Look at the sky, the clouds, the moon, the sun, a dog, a vehicle and really see it. No thinking, no thoughts are necessary. Just registering that what you see is real.

Do it enough times that it becomes a habit.

When the habit becomes set, and you don’t even have to think to do it, then you can graduate to the next habit: feeling feelings.

Not emotions, no names, feelings. Tension, pressure, movement, pulsing, emptiness, fullness, the feelings of the body.

The trick is to not name them, not add a meaning, not do anything with them, just feel them.

A real feeling is like a doorbell. It doesn’t continue ringing… it rings then it stops, and then rings again. If it is continuous then it is word-created, i.e. an emotion.

By November 27 you could be ready for the Feel your Face: Become a person again workshop. But only if you practice the looking and the feeling practices. If they have already become a habit. Not a habit: please don’t jump the line.

4 thoughts on “Want to enslave a man? rob the man of his common sense”