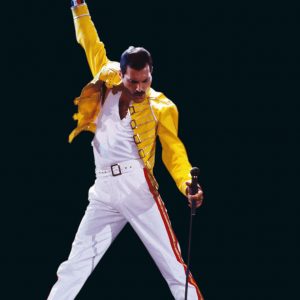 Freddie Mercury, Anne, Me… About Death And Dying, About Shedding The False Self: A Series Of Small Deaths.

I am not a pop music aficionado, but I went to check out Freddie Mercury because my horoscope by Rob Brezsny recommended that I be like him.

Virgo (Aug. 23-Sept. 22): As frontman of the band Queen, Virgo singer Freddie Mercury made use of his four-octave range with flamboyant showmanship and breathtaking technique. Many critics regard him as one of the greatest vocalists in the history of pop music.

Freddie joked that he was perfect except for one glaring flaw: his overbite. Because he had four extra teeth in his upper mouth, his top jaw protruded. But he chose not to alter his appearance with surgery because he suspected it might change his singing voice in unpredictable ways. 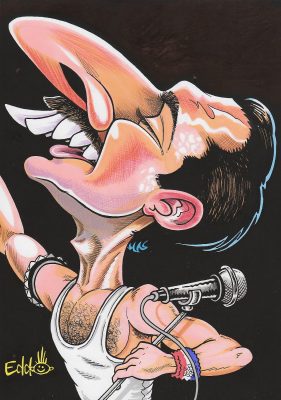 Is there a comparable situation in your own life, Virgo? A so-called imperfection that seems to be entwined with a beautiful asset? I urge you to be like Freddie. Accept the paradox — embrace it and celebrate it — and move on.

This is what I found: a beautiful person and an amazing story.

I spent the next 3 hours listening and watching.

It turns out that I had heard the tunes, who knows where, maybe in movies? Especially one where he talks to Mom, captured my being. (Bohemian Rhapsody?)

You see, Freddie died of AIDS and he knew he would for quite a few years. He never complained. He just doubled up his efforts to create good music, and performed till the very last.

The love of life, the Self, was stronger than anything else.

Yesterday my chiropractor called me for advice on how to turn a wordpress blog into a kindle book. He told me it is for his patient, Anne.

I have met Anne, so I knew Ann. I refused to help her.

He asked how much I would charge to do it for her. I said 100 grands… he said, OK, then I raised the price.

Anne is all about what she can get. Her ranting in her blog (that by the way attracted a sizable following, of course) is an ode to how to live life at the expense of others. How to live life complaining about people, the system, about everything.

Anne, whenever she is not in the mental hospital, whips up some issue so she can be treated someplace. She steals the show, she is needy, and it’s all about her.

Yet, if you went and looked with knowing eyes, she doesn’t have a self to express. She is a politician, she does everything for an effect, not for their own sake.

Freddie is the creator, the ideal man, the person closer to the Original Design, Anne is the moocher in you that you want to move away from and leave behind like a banana peel.

The path is not easy. I have a number of students who ask this same question. 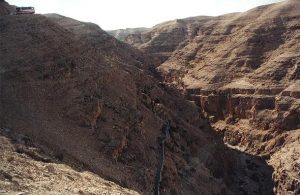 The actual valley is in Israel, and I have physically went through it, some 30 years ago.

It was no big deal, you walk and you get across.

But the philosophical Valley of the Shadow of Death, or some others call it the Dark Night of the Soul (serious misnomer! the soul has nothing to do with it!) is a serious undertaking.

The Death is the death of the identity, the layer upon layer of false selves that you created as a reaction to fix what was wrong with you.

Peeling those layers also mean severing your unhealthy relationship with others, becoming a person on your own right, become innocent again.

But it feels like death. It does. And the problem with death is not that you die, but you don’t know what’s on the other side of it. If you could be sure that there is nothing, it would be fine… wouldn’t it?

But the fear is that there is nothing, and it is worse than what you have now. I know a lot of people that suffer, pain, physical, mental, emotional, but they choose to live on, because it feels that on the other side of death it is worse, possibly.

The reason there are so few enlightened men on Earth is because of this: the fear of going into nothing, into worse than death.

Here is my experience: it is not an all-at-once phenomenon. It is a series of small deaths, but each energizes you to be able to work toward the next.

Each small death involves a habit or behavior that gets you attention, or gives you FALSE value.

You can’t imagine life without all those people granting you being, giving you value, giving you a semblance of self.

I may still have to go a few layers, I have had a glimpse of one a few days ago, but my hunch is that it has gone underground.

It has something to do with sadness. And, I think, there may be a layer heeled with fear of intimacy, of closeness, of allowing another in… but that sounds way too frightening at this point.

Freddie must have gone through a lot of layers, because he wasn’t afraid to die. So instead of fear he put all that energy that normally fear uses, and poured it into magnificent music.

Are you an Anne? Somewhere in between? Please comment. You can be anonymous, it’s OK.

Get a glimpse of how it’s done