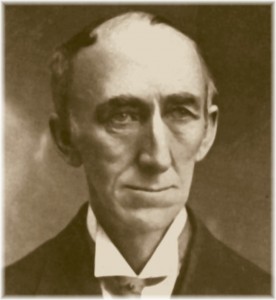 Wallace D. Wattles is an obscure writer, who came from obscurity, was visible for 3 years and then died.

We know very little about his life, other than a short letter by his daughter after his death, and his writings.

We don’t know what happened that he went from poverty to riches, from low vibration to high vibration.

Unfortunately, though his writings are some of the closest descriptions of how it really works (I mean Life and the Universe), Wallace D. Wattles is also one of those teachers that never really mention that how they got there: by connecting to Source in a two-way fashion.

I can see it, I can read it, but even I could not see it until I got clear, through my own conversations with Source, that connecting to Source is the missing ingredient in all teachings.

Other than that missing piece, he got most everything right.

Another thing that he could not see and anticipate is that people who have a low vibration (under 299) 1 have pretty much zero capacity to see that although they are made of thinking stuff, just like Source, they are not part and parcel with Source.

There is a difference, and a big one at that.

The consciousness, the amount of thinking stuff, and the worldly influence of other people, your reactive mind, and your ego: desire to receive for the self alone.

Just try it out. Say: let there be light (rain, lightening, whatever tickles your fancy) and see how much power you have. Hm. If you are God, how come none of these sayings create that what you say? Simple, you are not one. God is God, and you are you.

This is by design, and sets the roles and the effective actions straight.

All source of power is through connecting (plugging into) the Light of the Creator. So consequently, if someone tells you that you are God and that it is duality (wrong and undesired by many religious teachers) is the source of your misery… they just cut you off from your source of power… which renders them dark entities dressed in light robes, as far as you are concerned… and you remain powerless while they can feed on you, pray on you, and such is the history of humanity.

But don’t feel bad, under a vibrational frequency of 299 you are not intelligent, not discerning enough to be able to see that… even some of your teachers are just repeating what they heard, and it already didn’t work for them, but, hey, misery loves company!

But, all is well if it ends well! here is the best part: if you add that missing piece that anyone can learn in less than 10 minutes, then, the most truthful and most comprehensive modality is yours for a few bucks, maybe even free.

Wallace D. Wattles is a genius, and in a few months (when your vibration reaches 299) you will be able to benefit from his genius.