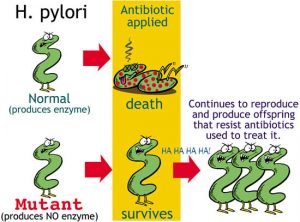 This topic is just beginning to emerge for me, so expect some changes, and wild turns, and summary statements reversed… but yet it is worth exploring, it is worth to take this winding road to discover the connection, and do some soul-searching as to what I really hold true, and also to meditate what the “Original Design” holds as ideal blueprint for a human… Big task, but I am up or it.

I am going to examine it through three soul correction archetypes, for now, Forget Thyself, (34) Soul Mates, (28) and Sexual Energy (35).

I am starting to see enough of these to be able to say something that may make a difference. I am also tempted to pull in “Speak Your Mind” (25)… we’ll see. Don’t hold your breath.

OK, let’s begin… big sigh, fear, oh, what the heck, the worst can ever be is the article won’t be publishable, lol.

OK, First let’s look what’s this sexual energy is… well, from its name it should be clear: it is an energy. It is a drive.

It drives, primarily, the survival of the species. It does, also, drive the selection of the fittest for the sake of the species, but that, in humans, is lost, atrophied, suppressed, corrupted, degenerated. How long has it been so? My guess is: for real long, at least two thousand years. I remember that in Greek times children born not fit for life weren’t put into incubators, or kept alive, they did not pollute the gene pool… and although I was a preemie, I wish it were like that today. But in the religious, do-gooder, moocher/looter, second-hander age we live in, I’ll get a lot of hate-mail for this statement… you can bet.

What is this survival of the fittest thing? I bet they don’t even teach this in schools any more, because it is, at least, partially, a Darwinist theory.

Life unmessed with, follows this pattern: the stronger multiplies, the weaker dies off.

With humans it’s been working the other way around: people unable to make a living, weak in the mind, body, and capabilities have more time and opportunity to produce offspring… and thus humanity is moving backwards. After all you don’t even need electricity, or even a roof over your head to copulate.

What has caused this atrophying of the selection of the fitness aspect of sexuality is the interference in the natural selection process.

Why is it working in natural species in their natural environment: Because we are actually designed to ignore and leave the weak behind, and keep our attention on life… instead of being fascinated, dedicated, trying to improve the lot of the weak, for our ego gratification. Instead of being morbidly fascinated with the weak, the feeble, the sick, and the downtrodden.

I also think that by declaring sex as a lower self energy, we have pushed it deeply into the subconscious, and thus it is wreaking havoc there, jerking us around with desires that would not be there if it were allowed to be expressed naturally.

When you look at a married couple, at a natural age they stop desiring sex with each other, but fantasize and often pursue sex outside of their union in unsavory way, paying for it, or getting it in secret.

I read a book, volume 2 or Michel Foucault History of Sexuality as part of a course I participated in back in 1997. It was my first exposure of the idea that we are manipulated to occupy our minds with forbidden thoughts so we don’t pay attention to what is important. Sex is like that.

Sex is not important. If it is important to you, you are jerked around by your subconscious more than the norm.

As I have said in the “conation” article before, you have only 20 units of Life Force energy at any one time period, and if you spend it on one thing, there is nothing left for something else.

This article was inspired by Freddie Mercury and the videos I watched about him on youtube this past week. He was quite a sex maniac, and very creative at the same time. How did he manage to do that if what I am saying about the conation energy is true? He was on cocaine, which is like a conversion device: directs energies away from other vital functions so you can burn your candle on both ends.

He connected with people through his art, his performances, and through sex. Painfully alone till the very end.

Kenny Everett was a 28. Soul Mate. One would expect that that soul correction would to be on the soul level, but it seems, through the examples I have studied that it’s not so. Soul Mate craves penetration, craves going back to the womb… it feels incomplete, and instead of becoming a whole complete being on their own, according to the Original Design, they stay craving, and wanting, and trying: staying unfulfilled till the end, missing the other.

Sexual Energy (35) is a “perfect” compliment to the unaware Soul Mate: they, 35’s, have perfected their sexual prowess to the expense of everything else… like an artist. A courtesan or gigolo… enough said.

And what about the 25? If my examples of that soul correction are any indication. They are afraid to be empty, and they are gluttons, and want to feel themselves through sex…

I’ve told you, these are preliminary assertions, I may change my mind. Like I have changed my mind before.

There is no book, no sage, no scriptures… I am working with what I have… All me, all mine, all in flux.

Muscle test says I am off with Soul Mates… will revisit it soon, once I get more experience or insight.

3 thoughts on “Soul Correction and sexuality”