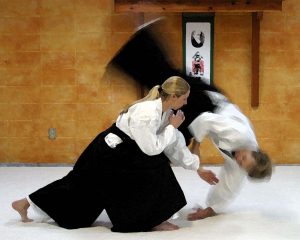 The fake self lives for extremes. It lives for definition: in definition there is safety. Also there is the bait: fix it if you don’t like it.

As I have predicted, I am having a lot of stuff coming up. I live in a two-family house. I live upstairs, and I have pay extra for the right to park my car in the driveway.

I don’t have a car, but I feel, that I am paying for the parking right, so I don’t want the downstairs tenant to park his car there… He’s started to park his car there a few days ago. It seems that the landlord is encouraging it. I am seething. I am furious. I am experiencing myself powerless: all known ways of revenge are illegal, outright criminal.

While this is going on, the sink in the bathroom is leaking… the landlord isn’t hurrying to fix that.

I do what all powerless people do: I fantasize about all kinds of revenge, burning the house, flooding the house, smashing the car… violence. This has been using my whole being for about 20 minutes, my muscles hurt, even my skin hurt.

This could use days of my life… I think. Then I have a thought: maybe I should just move. Obviously I am not a welcome, cherished tenant.

I look online for places to move, and calm down.

I get curious about this whole idea: feeling powerless.

I recall a few sessions in Aikido I took a few years ago: there we were taught to act counter-mind, counter-intuitive, and go in the direction the other’s push goes… very difficult to overcome the built-in instinct to fight head-on, to meet a push with a push.

But the moment you suspend disbelief, and do what you are taught to do, pulling instead of pushing, you put the opponent out of balance and you have now all the power.

I have never been able to transpose this marshal arts move onto real life conflicts, but it is a different way to look at life, so I am going with it.

Most of my students report that their dominant feeling about life and about themselves is powerless. I am not alone, maybe it is all about matching the other’s strength, and winning on their terms… exactly what is probably never going to happen.

I see that the landlord is putting the screws to me to move, thinking that he can raise my rent, take away my parking, not repair the ceiling, the doors, the light switches, the sink, and still have power over me. Typical bully.

On the traditional path of war I have no weapons, no strength, no power.

But if I move out, i.e. an Aikido move: move in the direction he is pushing me, he will be hit with an instant 4-5 thousand dollar repair bill… And getting a new tenant that will likely make him work for his money, not like me, too busy to care.

The art is to do this gracefully. I wish I had started thinking about this years ago.

I wonder if this is a move of the personality, or the Self…

If any of you can provide coaching, I would appreciate it. And besides, I like the idea of using his energy to beat him. 2

Getting out of the “traditional” society induced “push back” mentality… returning to power, that sounds totally delicious.

My heart is light. All the drama disappeared.

Which activator would I recommend? Probably the counter-intuitive “Put all power in all actions” activator.

2 thoughts on “What is the Self? Part 5: Powerful/Powerless”