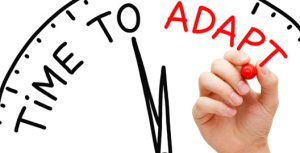 I listened to step two 3 of the 67 steps, I think, the seventh time three days ago, and then again yesterday.

The step is about evolution. Growth. What it takes to grow… personally. It’s also about being adaptable, it’s about adapting.

Adapting is very hard. Why? Because part of adapting is to say no to what you have been saying yes to.

So it is complete upset, confusion, fear, uncertainty, and personally, it feels to me that death would be preferable. That is my 50% TLB speaking.

I always bring the example of climbing the ladder, but it is not how it feels. It feels really jumping. And when both feet are in the air, you don’t know where you are going to land.

I am seeing that in every area of life all the yes’s I am saying are keeping me the same, and I am terrified of saying no to them and saying yes to something else.

It started with my health.


A few months ago I switched to drinking coffee. I liked it for a month or so, then I noticed the heartburn… and it got stronger and stronger. I was still saying yes to it, but started to see that this yes was going to kill me.

So I switched to tea again, even though it is not on my food list. And now, in a week I put on weight, but the heartburn stopped.

I will need to experiment how to have my weight and put caffeine into my body. Why put caffeine? I like the stimulant effect of it. Do I need it? No.

Asking why (something is true) three times is a very useful suggestion from Tai.

Just typing this “no” caused non-physical pain and a sense of grief. A fear of deprivation.

Almost every health-consultation client has this in the beginning… It’s normal. It goes away once one gets into the groove… I hope.

And this is just one area of life.

Each of the four areas are in flux, now that I am examining the “truth” that anchors me to this level of personal evolution. In order to go higher and attempt to create a new stable level, I need to experiment.

And while I am experimenting, not a lot of work gets done… at least the same kind of work I did before. At least this is how it feels…

So you see for the first time ever, this step was incredibly relevant to my life. I could see where I may want to create what the step teaches… and I had never seen that.

Why? because it is a process to grasp a principle to the depth where it is useful and crystal clear: so clear to you that you can actually use it.

The step is about being adaptable and creating evolutionary stable strategies in every area of life.

For the step to be timely there needs to be some level, some sense of unworkability on the current level…

…AND one needs to see that it is kept and is recreated daily by some truth that isn’t true.

This is the hardest step of all. Because it is near impossible to catch that you live by some principle you made up, or someone else made it up for you, something that you consider a rule, but this rule isn’t on the side of life, it isn’t natural, it is an untruth, and works against you.

I see it in action on every client and every student.

But me seeing it for them doesn’t help.

They have to see it. I can help, maybe, but until they get clear that the truth they cherish, the rules that may be the foundation of their life, is hindering them, nothing will happen.

They won’t see that it is because of that rule that they can’t move forward, they can’t grow, and ultimately can’t have what they want.

In my case, it took me a year of the 67 steps to get so unhappy about the current state of affairs that I can start experimenting with moving up the evolutionary tree.

And I see clearly that it is impossible with the rules and truths in place.

Now, would this be happening the same way without doing the 67 steps?

I have gotten to massive unhappiness before in my life. What I did then is jump… and jump down.

And believe me, it is hard to come back from dead, or near dead, in every area of life.

Doing the steps and experimenting feels a very wholesome experience.

Even if the experimenting and seeing a better stable strategy will take some time, the experience is surprisingly life affirming.

Even though I have no idea where it’s leading, I still feel in control, and I know that with my TLB 50 I will get through it. And I will get to a stable strategy that is on a higher level of the Tree of Life than the one I am abandoning.

Health, wealth, love and happiness… everything must move at the same time.

This is where I am at. 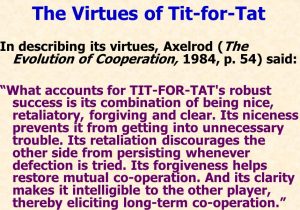 PS: In my current work, with clients and students, I have struck an ess… but I probably could strike a new ess on a higher, more effective, more rewarding level.

These same principles are hard to translate to personal evolution… but I will see and report back to you, if they work also there… 4