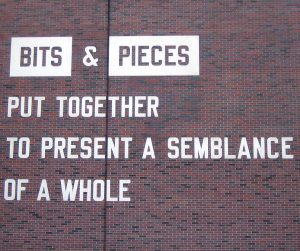 I wrote this article five years ago. I never published it… Enjoy.

I always take a mental note when I quit watching a certain movie. A movie that until that point I liked…

Today that diligence in watching has led me to a rule, and a principle I didn’t know about.

It has something to do with my ancestry. Being of a tribe who, unless we were aware, and awake, and beware, were killed, annihilated, burned to the ground.

I probably take it to the extreme.

In 1970 I was offered two full ride scholarships to Princeton, and another University I didn’t even consider. I spent almost a year trying to decide, and in the end the usual scene from an American movie: the husband arrives home. Puts down his hat and walks to the drink cabinet, makes two drinks and walks to his wife and says, then: hello.

I am not against drinking… I just don’t drink. And don’t want to deal with people who like to live in unreality.

It is mighty strange, if you ask me how I ended up with nearly every client and student a TLB 1.

Freud says in Civilization And Its Discontents:

The life imposed on us is too hard for us to bear: it brings too much pain, too many disappointments, too many insoluble problems. If we are to endure it, we cannot do without palliative measures. (As Theodor Fontane told us, it is impossible without additional help.)

Of such measures there are perhaps three kinds:
–powerful distractions, which cause us to make light of our misery,
–substitutive satisfactions, which diminish it, and
–intoxicants, which anaesthetize us to it.

Something of this sort is indispensable. Voltaire has distractions in mind when he ends his Candide with the advice that one should cultivate one’s garden; another such distraction is scholarly activity.

Substitutive satisfactions, such as art affords, are illusions that contrast with reality, but they are not, for this reason, any less effective psychically, thanks to the role that the imagination has assumed in mental life.

Intoxicants affect our physical constitution and alter its chemistry.

It is not easy to define the position that religion occupies in this series. We shall have to approach the matter from a greater distance.

Now, after reading again Freud’s words: I have, I experience the same aversion to the other ‘palliative measures.’

One of the things I noticed, that what’s missing from the 67 step coaching program is what Landmark calls ‘existence’.

Existence is a process with which you keep alive your promises, and projects.

When I am clear that without putting something into the calendar it will never happen: I put it in the calendar. That way I have another choice… I often decide: I am not going to do this… and remove it. but it seemed like such a good idea.

So my students in the 67 step coaching program make a promise in almost every step, and then they forget about them.

Now, this is not a problem, unless without keeping the context alive also disappears.

Some of the foundational principles and distinctions, if they disappear, all the rest of the steps is for naught.

The law of 33% says that unless you spend 33% of your time with people who are ahead of you, who will challenge you, around whom you feel that you could be more: you won’t grow.

And almost everyone I know shies away from people ahead of them.

Why? Because of the relative devaluation of their “I”.

This is true about me too.

So here is a situation where your TLB will decide your future.

If you can’t tolerate feeling stupid, if you think feeling stupid means you are stupid, then you will avoid people who know more, who have conversations that have meat, who talk about ideas, not just people and stuff.

And no matter what you do, you’ll remain the same.

Unless you set your life up to be challenged, you won’t grow. In fact, you’ll grow backwards.

I have a phone call every Sunday… even just listening in to that call, hearing me talk without trying to dumb it down, so you can understand, I can be part of your 33%.

I can’t find anyone live… so I sign up to courses… and expand myself from going from stupid (yes, me) to competent… and I do this courses back to back. And this is how I grow…

There could be a lot more growing for me… and I am contemplating a project where I can be the dummy. It will be fun.

I had an altercation with the daughter of Dr. David Hawkins.

I could call her names, I would love to, but she is a lawyer… and I don’t like to be sued.

Anyway, the altercation was about the Map of Consciousness of her father… which is b.s. anyway. But it is eye candy: useless so people like it. I bet you like it too.

But what if there were something, like a chart, or an analysis tool you could use to actually raise your vibration, not just look at it and marvel.

He who is looking finds… or she, in this case. I asked for ‘levels of clarity’ and…

And to my surprise I found something, and I am in the process of making it available to you.

The biggest surprise is that it works with the senses, sensations… meaning: it helps you return to the Tree of Life, where life happens, not just the shadowplay (Maya), you have been living in.

I am going to test it. Because, although it feels right, I test everything…

So the first step in testing it, I will have a webinar. A Feelings webinar. This is to test the questions for feelings in a live environment where I can test how effective it is in putting you on the Tree of Life.

If it is effective, then I’ll probably create a program around it.