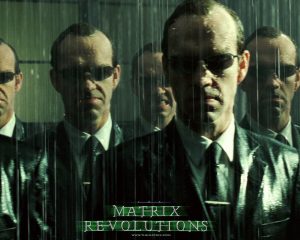 What I originally thought the Dark Side was, has, over time, gone through a lot of changes, from the mundane to the sophisticated.

If you look, we have approximately as much information and clarity about the Dark Side as we have about the dark side of the moon… we can’t see it. We know it’s there… but what’s there?

Maybe it is like the flip side of good? Tasty? Fattening? Sexy? Hm… that’s a thought.

Dark Side. Maybe it is Evil, but what is evil? What is wrong with evil? what is wrong with killing, stealing, lying, cheating, poisoning the rivers, lowering the prices below the product’s value, owning all media and giving people what they want, bread and circus? What is wrong with being a politician only to sell out the people to whom you promised that you are going to be ‘from the people, for the people?’

Or what is wrong with yelling at your spouse and calling them names? Or your employees, or your children, or that knucklehead in the other car?

Or hiding the rotten apples under the beautiful ones in the basket at the farmers market? 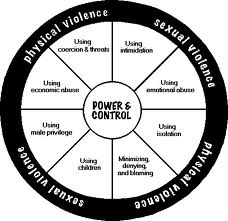 Dark Side. Evil, all that? The big and the small? Nearly everything we do these days?

You don’t know, do you? Even reading it feels bad (unless you are one of them, of course and then you smirk or outright laugh) but you can’t put your finger on it, why it’s evil, can you?

How about looking at it all through just one simple distinction: evil is seeking power over another. Or even more basic, in the language of ancient Kabbalists: the desire to receive for the self alone.

Hm, isn’t that what life is all about? Winning? No.

You see, the problem with seeking power over another is that it flies in the face of the Original Design.

Kabbalah says that in the beginning there was only the Light. Its nature was giving, and all it wanted is to give. It went all well for billions of years, but then it became frustrating. There was no recipient to all that giving the Light had.

The Light was the Source of everything, and of nothing, so it thought and with that created a vessel, a receptacle for its benevolence and gifts.

And it went well for another few billions years, but one day the receptacle, the vessel refused to just receive, and it said: No more ‘bread of shame’… I won’t receive anything any more from you… I also want to give.

The vessel broke into myriads of fragments, and those became the souls of humanity.

But the bodies the souls inhabit didn’t get the desire to receive for the sake of sharing, like the souls… And the trouble began.

In the story of the Garden of Eden, which was obviously not a physical place, the Bible, according to the Kabbalists is code… We see that humanity, the carriers of the sparks of the vessel, decided to disconnect from their soul, disconnect from their Source. Humanity decided to seek its own truth, its own game plan, its own game, not the souls are bound to by the promise to Source. In effect humanity started the Dark Side then and there and the separation from the soul and source is getting deeper and deeper!

How is it going? It’s not going well. Less than 1% of all people have power over the rest of them. There is a puppet middle, seemingly with power, but also with power over them, invisible strings moving them thus the expression: puppets on a string.

And there is the multitudes. You and me. Slaves. Trying to emulate the people in power, desperately trying to experience power by robbing it from others.

That is the state of affairs on Earth in the 21st Century.

What drove it home for me, you ask?

When the Vessel, our ‘mother’ said to Source: ‘I want to be like you!’ that was a sacred promise. That set the rules of the game. The fact that we invented a new game after we disconnected from Source in the Garden of Eden episode, doesn’t change the game.

The game is: Love your neighbor as yourself. Do not desire to take from him, neither stuff, nor honor, dignity, power, space, energy. Nothing.

Play with that which is the same age as you are...

says the Hungarian in me. You can have enough without touching something that belongs to another.

But for that you need to rise back to a level of vibration where you can tell the difference, where you have the courage and the strength to say no, where you can boycott the Evil Inclination, where a country takes back their right to print their own money, where… you add your own right here.

The work I am doing FOR Source is Source’s last attempt to return you to the game your soul asked for in the beginning of time. It is up to you to return to the strait and narrow, to your brilliant powerful self, to turn away from your puny little games to look good, to be right, to justify yourself while invalidating another, to try to win at all cost, or at least avoid losing, to avoid responsibility for your actions and attitudes.