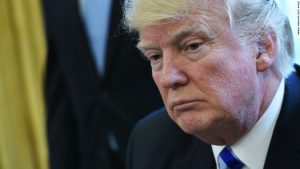 I have a few people in my sphere who admire Donald Trump and think him the highest IQ person nowadays.

One of my friends loves Donald Trump. He is not a smart man, and it is one of the attraction: they are similar.

I just watched a video on youtube that shows clips to illustrate the accusation that Trump can’t read well, that Trump probably has a low vocabulary.

So I am going to do a combo assessment of Donald Trump here… and then explain a few things:

Now, what is my actual take on this person whose measurements are this low, and who, a year ago, had higher number?

It seems to me that Trump is probably dyslexic. And because his TLB is 1, he never even aspired to overcome the condition.

Surprisingly there are more dyslexic millionaires and billionaires than in the general population. When someone is willing to make the effort to overcome dyslexia, the energy of that action takes them to very high levels of achievements.

Whether someone will do something or succumb to not being able to read is a matter of TLB… And Trump’s TLB score is 1. He didn’t make the effort. And he didn’t make his money either. He inherited most of it.

Being literate, being able to read is very important for a politician, especially the President of the United States.

The world is complicated, and if you don’t know what’s going on, then you don’t really make decisions… your staff does.

I am finding myself having compassion for the Donald… it must be horrible to be in his situation.

And because of his dyslexia, he can never catch up.

His soulcorrection shows that he has big audacious dream, but no willingness, no capacities, no intelligence, no information to fulfill on them. Skinbag…

I have a page with the explanation of these measurements, so you can read that page as well..

If you would like to know your own starting point measurements, you can get it now.

And here is my favorite video