My horoscope often tells me what I should be dealing with, either for myself, or for you and me.

This is the horoscope I received in my email box today, from Rob Brezsny: 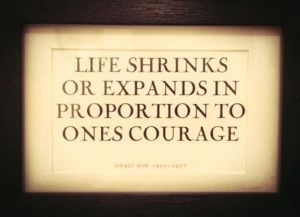 If you were a snake, it would be a fine time to molt your skin. If you were a river, it would be a perfect moment to overflow your banks in a spring flood. If you were an office worker, it would be an excellent phase to trade in your claustrophobic cubicle for a spacious new niche. In other words, you are primed to outgrow at least one of your containers. The boundaries you knew you would have to transgress (step over the boundary, infringe or go beyond the bounds of) some day are finally ready to be transgressed. Even now, your attention span is expanding and your imagination is stretching.

Obviously he uses the word “transgress” to express that you are in some self imposed prison, he calls it container. Rob Brezsny is a typical California positive language dude… not a straight talk dude, like myself.

The first thing to examine where it is where “we”, you and me, consider certainty, security, knowing more comfortable than stretching.


For me it’s my living situation. I have noticed that the past two days I have been warming up to the idea of staying where I am, in spite of all the signs that I am not at the right place. That there is no way I can respect myself allowing myself to be abused, taken advantage.

And then again, the view, the “I can deal with this”…

Anything else? I can’t see it… but I’ll put the question on my “Reticular Activator”, the same we use in the Color Exercise, to stumble upon more self-caging behavior.

For you? can you see anything?

It is never an accident that I am sent articles about the same topic when a topic comes up.

This is what happened today. I’ll republish a part of that article: 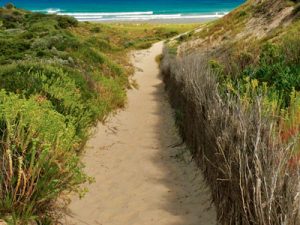 It’s your life-long quest. A universal goal. The holy grail of happiness.

It’s what everybody on the planet wants just a little more of. (And it’s an entrepreneurs biggest obstacle to incredible performance.)

The inability to deal with uncertainty (i.e. your search for security) is at the root of so many of performance limiting behaviors I couldn’t list them all here. Your lack of confidence. Indecision. Not enough information. Procrastination. Perfectionism. Heck, it may be at the root of every self-limiting thing you do.

So if it’s so debilitating, why are we so drawn to the dream of security and terrified by the prospect of uncertainty?

Because it’s pretty much been programmed into your head since day one.

In some way or another, it’s all you’ve been taught. Uncertainty is BAD. It’s dangerous. It’s evil. Taking risks never ends well.

Whether or not it’s any of those things is debatable. But there’s one thing it absolutely is…

It’s EVERYWHERE. It’s reality. And it’s not going away. So you need to brace yourself, stand up and learn to face it.

Because if you don’t, then nothing will change.

Refuse to accept uncertainty as a fact of life and you’ll end up clinging to things you don’t really want.

You’ll end up wasting more and more money on solutions that simply won’t work. (And that’ll be the least of your problems.)

You’re going to keep suffering the frustration of whatever it is you’re struggling with today. A lack of confidence, procrastination, information overload, perfectionism, doubt, whatever. It will never go away.

And even worse than that, you’re going to keep clinging to a life that is below what your true personal potential can offer you.

Because swapping your true potential for “certainty” is always a bad trade.

I’m going to show you why. (And by the end of this post, the realization you come to may have you in tears.)

But before we get to all that, let’s talk a little about the real nature of uncertainty.

Your Ideas About Uncertainty Are All Wrong

It’s the prospect of facing uncertainty – the possibility of becoming worse off than you are right now – that keeps you stuck. After all, “The devil you know is better than the devil you don’t.” Right?
Continue here

Now, Rich is talking about certainty. But this is true for any “undeclared commitment”. They all hold you back.

We have a lot of those. Undeclared (covert) commitments. Agendas we don’t violate. Agendas we hide.

The main ones are

Some 25 years ago I distinguished something that has been the secret of my self-growth, and the secret of being able to help others to grow.

The secret is validation.

Validation is saying: something is valid. One of our main undeclared commitments is to invalidate others, invalidate everything about them. Really.

It leaves you in a bad place, without any compassion. You take on toxic energies when you do that… when you invalidate.

And almost instantly raise your vibration when you validate what you can validate.

Validation is not what is the movie “validation” says it is, notat all.

Validation is seeing that something or other about the person or their actions is valid. 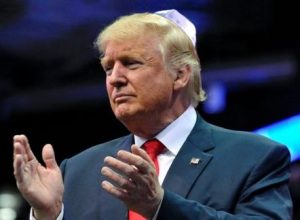 Like looking at Trump, who I hope you don’t like (and if you do, you are on the wrong site!). Once you can validate almost anything about Trump, you’ll feel better about life.

The tendency is to invalidate everything about the dude, his hair, his English, his politics, his speaking, that he can’t read, that he doesn’t understand, that this and that… etc.

And between you and me: you are smearing YOURSELF when you do that. Ugh.

So what can you validate about the dude? lol. You have to look, and that is half of the battle… because normally you don’t look at anything at all.

Hey, maybe on the surface: nothing. But if you read my articles, you’ll see that most of what makes a difference is under the surface.

Find in yourself instances where you did the same. OK, not being a president, and not causing a world war… the rest. lol

I did, and I found examples. In my behavior. Really… lol.

Those undeclared commitments are as universal as anything: we all have it. And we have a reason, and if we don’t, we make some up.

They are called survival moves. It is in the genes.

The genes are your lower self. The genes are not your friend in 70% of the cases. But that doesn’t stop the genes from wanting what they, the genes want.

Or you from wanting what the genes want. And then lie about what YOU want…

I had to become brilliant at validating, because without that I would still be a firing queen… throw people out, and be very unhappy.

I can control what I DO. I can’t control the flashes of hate or disgust I FEEL when I see your behavior that needs to be validated by me so that I can be OK with not screaming bloody murder.

So, when it is your undeclared commitment: the moment you own it, the moment you are willing to validate it, you just put yourself into the driver’s seat.

If you are still invalidating me because you are right and I am wrong, you are not in the driver’s seat.

If you are still more interested in avoiding my domination, or trying to invalidate me or my coaching: you are not in the driver’s seat.

Consider validating what I say and validating your undeclared commitment.

And then manage your actions.

Robert Fritz has a brilliant book, Corporate Tides that I think I own… where he teaches managing change.

The technique uses validation. And it is causing inching toward desired change in a way that both aspects, both valid desires and undeclared commitments can get expressed. 1

People want to change and don’t want to change. Want what the change would bring, and hate leaving the comfort of what they know.

Not one or the other… both.

What consolidates, or at least is crucial in consolidating the new slightly higher state is validation.

This is the trick to grow or change to any path or rise to any height, any accomplishment, any height of vibration. Seriously.

In the current Playground I have quite a few people who struggle with this issue, especially since I have introduced the Learning to Learn course.

The invisible dynamic, undeclared commitment, coupled with validation is the bridge for them out of the endless pit they live in now.

A change that was not validated cannot be consolidated either. So it will disappear, but worse than that, it will further erode the faith in self and the ability to change.

Of course the chattering mind will go and invalidate any and every gain… You only did one Pomodoro session? You are a born loser! You finished your essay? Yeah, but you were 3 weeks late!

Compare that with another student’s: I used to dread having to learn the guitar… but at some point I started to enjoy it. I told everyone, I celebrated that… And today I crave the time that I’ll get to play my guitar, even though I am still at finding the correct finger placement… nowhere close to “playing the guitar”.

Every validated and consolidated gain will act like the dirt in the story about the stuck donkey: 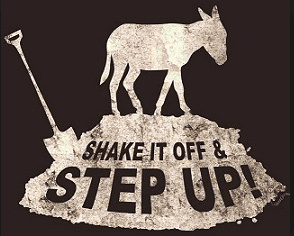 Donkey in the Well

One day a farmer’s donkey fell down into a well. The animal cried piteously for hours as the farmer tried to figure out what to do. Finally he decided the animal was old and the well needed to be covered up anyway, it just wasn’t worth it to retrieve the donkey.

He invited all his neighbors to come over and help him. They all grabbed a shovel and began to shovel dirt into the well. At first, the donkey realized what was happening and cried terribly. Then, to everyone’s amazement, he quieted down.

Pretty soon, everyone was amazed as the donkey stepped up over the edge of the well and trotted off!

Moral of the story

Life, your behavior is going to shovel dirt on you. The trick to getting out of the well is to shake it off and consolidate: step on it… and then do it again.