This article: I started to write this article yesterday, before a class… I wanted to use the class to get some more “meat” into the issue… The class went different: it, instead, magically took me to the root of all misery, and to the evolutionary issues of humanity, and to the question: can evolution be caused? Triggered?

In a lot of ways this has been a question, I think, for a long time. People that were ahead of their time asked this question, in one way or another.

So far there haven’t been any successful attempts at causing evolution. There are fairy tales of some incidents, but muscle test shows that they are just that: fairy tales.

One of them is the story of the Hundredth Monkey: the story tries to illustrate evolution, but it makes many mistakes in its setup, and shows a deep lack of understanding of how it all works, how evolution works.

So, I am trying my hand on this thing that no one has ever succeeded before, but my approach is different from others’ which doesn’t mean I’ll succeed, but it is worth testing.

I had a call with my mastermind partner this morning, and it created some light in his being… which is the first good sign that I am onto something…

Read this article, and expect a whole new body of courses, groups, etc. to come out of this…

By the way, this is the beginning of a whole series of articles all centering around the key to the evolution of the human species…

Others don’t commit because they are afraid to choose… choosing is un-choosing at the same time, and for some reason, un-choosing, the loss of an opening is unbearable for this second group.

A third group is unwilling to be dominated by anything, including their own commitment. Avoid domination is their main effort in life.

But without commitment you are like dry leaves blowing int he wind: you don’t have any motive power. You are entirely dependent on outside forces to take you to places… or not.

No matter what stops you, not committing to your innate commitments will leave you high and dry.

What happens when you abandon your innate commitments? You create a split.

Your true Self, your Soul, are abandoned by you for the sake of what?

Nature abhors vacuum, so you fill that vacuum left by the gap, the empty space, created by this abandonment, with trifles. With unimportant things. But none of those fill the gap.

Kabbalah has a theory that cancer grows in this empty space, and is welcome by the body, because empty space is unnatural. It’s a nice theory, just untrue. Yet, it has a ring of truth to it. 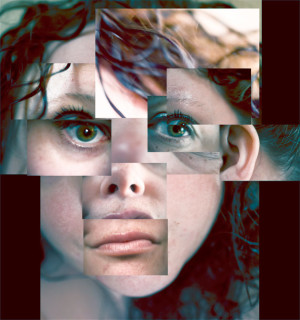 You cannot abandon your true Self without first having to hate it. Same is true for your Soul. Which means that you need to hate your Self, your Soul, while you are pretending, on the outside, of being someone who you aren’t: generous, loving, etc… But inside you live in hate. You have a split world, inside and outside, and you will start to direct all attention to the outside, because there at least can pretend to love.

The more you are split the more your vibration goes down.

The trip back to one-ness is arduous.

By the way, one-ness, that everyone preaches about is not an outside phenomenon, it is you being one with you. You being one with another, or with the Universe is not true, you are not one with either.

But because the people that teach that horse-manure, you are one, are themselves split, they have to teach you something that is more damaging to you than not being taught: you get more an more split, because you direct your attention away from the gap you created, and towards the other, or the Universe.

I remember my mother being pregnant with my little brother. My older brother and me were good friends before that. We supported each other, we played together. But with that impending third, we got separated by competition. We both wanted the newcomer to love us. The idea that he would love both of us didn’t even occur. The question was: will he love him, or will he love me.

Obviously the either/or world, the separation was already the foundation we related to love. We could be allies, partners, we had to become enemies. We still are.

On-off switch like thinking is not the natural way of thinking for a child. It is introduced by the “other.”

You are either good or bad, pretty or ugly, smart or stupid, clever or clumsy. 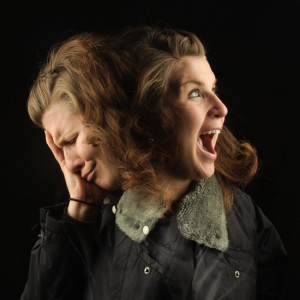 And it is natural to want to go away from undesirable, and go towards desirable, except the whole setup, the whole judgment system is based on an untruth: the world, you, are not a binary system. You are not a bunch of zeros and ones… you have millions and millions of variations, which are neither good nor bad.

One of the outfalls of this impoverished, machine-like thinking, the zeros and the ones, is that you stopped looking, you stopped learning, you are interacting with zeros and ones, and miss the twos and the threes, etc.

There is nothing harder for a spiritual teacher than break through that invisible wall of “I know everything.”

I spent an excruciatingly difficult near four hour long session on trying to pry that little box open… I need to invent exercises, etc… and yet the mind goes back to “I know everything”, and inside the binary system you do know everything, maybe, except what matters. 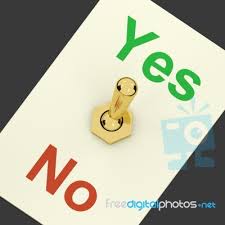 When you stay inside the binary system your whole interfacing with the world is based on no shades of gray. Not mentioning the millions and millions of shades of other colors.

Inside that binary base everything looks either good or bad, smart or stupid, threatening or friendly, etc.

All your fears, all your trepidations, all your dreams are also coming from the binary system. There is no fluidity, there are no details, you want love, you want money, you want your body to have no pain and no tiredness, you want to enjoy your work… no details, no shades, no distinctions of any kind. Black and white.

In seems that all the work I do, all the work that YOU need to do is going back and accepting the child and its doings as valid, as OK, as normal.

Depending on your life, you have a lot of “incidents”, or a myriad and one “incidents.”

The activators cannot make something right: you need to. Actively and for real. Every little thing that you made wrong, when you make it right, it changes you now.

I have a favorite science fiction story: with the invention of the time travel, suddenly there are trips you can book back to prehistoric times.

Two good friends from America go on a trip like that. They are surprised to see that the pathways are elevated: they are not allowed to step on the ground. The tour guide warns the group not to step off the elevated pathway, but our silly Americans play, and goof around, and one of them falls off, and quickly clambers back to the pathway.

Upon their return they arrive to a much different America: the insects he accidentally crushed back who knows when… changed the entire future.

And this is how it works with your life: you go back and you make changes and your present changes.

I used to have a group I created and lead for two years. It was called: Playground: it is never too late to have a happy childhood… And it actually worked: people and their lives magically changed

This is as close to instant as you can get. 2