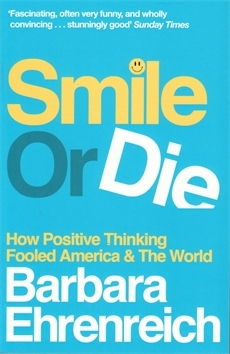 What happened to humanity, starting at the beginning of the 20th Century is a big tragedy.

And success gurus, success writers, motivational speakers, and the whole industry of the Lottery Approach.

Werner Erhard is an exception. Tai Lopez is an exception. Any more of peopel like them? I don’t think so. Maybe this Cavett Robert of whom I never heard before today? Needs more research… I don’t have time for it now. Chime in if you know his work.

There are some marketing teachers who could teach you what they did and do… but even them, they make their money by selling you ideas, techniques that are untested, and won’t work… 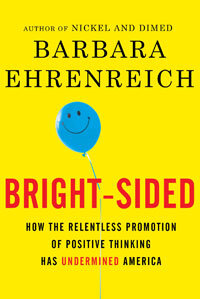 No way! Not work for what they want, not learn to do real stuff, no! they want to be given.

A number of years ago I read a sentence: most people walk around with their umbilical cord in their hand trying to find a place to plug it in. I am surprised to find that I have been living, a lot, by Cavett Robert quotes. Here are a few I just found:

Cavett Robert quotes not to be forgotten:

“True success is a journey, not a destination.”

“True progress in any field is a relay race and not a single event.”

“When it’s foggy in the pulpit it’s cloudy in the pew.”

“Character is the ability to carry out a good resolution long after the mood in which it was made has left you.”

“If we study the lives of great men and women carefully and unemotionally we find that, invariably, greatness was developed, tested and revealed through the darker periods of their lives. One of the largest tributaries of the RIVER OF GREATNESS is always the STREAM OF ADVERSITY.”

“Adversity is the abrasive that gives the sharp edge to courage.”

“School is never out for the pro.”

“Life can be a grinding stone or a polishing stone depending upon the substance of which we are made.”

“A superficial knowledge is not enough. It must be a knowledge capable of analyzing a situation quickly and making an immediate decision.”

“People don’t care about how much you know, until they know how much you care!” – (Yes! Cavett Robert said this when John Maxwell was just a boy!)

“Any person who selects a goal in life which can be fully achieved, has already defined his own limitations”

“Be afraid to die until you have won some great victory for mankind.”

“Success is a journey, not a destination.”

“Yesterday is a canceled check, tomorrow is a promissory note; only today is legal tender, only now is negotiable.”

“People are persuaded more by the depth of our own conviction than by the height of our knowledge.”

“Since 95 percent of people are imitators and only five percent initiators, people are persuaded more by the actions of others than by any proof we can offer.”

“Character is the ability to carry out a good resolution long after the excitement of the moment has passed.”

“Everybody has a big sign on them that says, “Make me feel important!””

“If we believe in something strongly enough, we are a walking climate of positive acceptance. People can refuse words, but they can’t refuse an attitude.”

“To be pretty as a teenager is a work of nature, but to be beautiful, graceful and elegant as we begin to mature, that is a work of art.”

“It’s amazing how much people can do when they divorce themselves from concern over who gets the credit.” &

“Don’t forget the divinity of simplicity.” 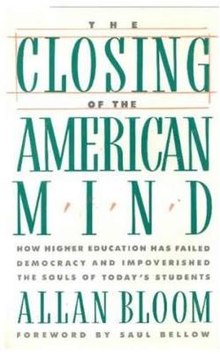 The person who said that people walk around with their umbilical cord in hand said meant that people are looking for leaders. But I am finding out that they are really looking to return to the certainty and safety of the womb where they have to make no decisions, where they can be taken to where they want to be. without any risk of their own, without any effort, without any work.

Responsibility is a two edged sword.

On one hand it tells you that it is, or it was your job. Yours to do. If it is to be it is up to you. Taking life on that way is your access to your personal power. Because if it is up to you, then you can do it. And the fact that you don’t… it bites you in the ass.

You think you know yourself. You know that if it is up to you. And give your past, you think it will be botched up, or won’t ever happen. How do you know it?

You look in your past and you extend it to the future. As if it were a law that you have to repeat your past mistakes, or your past successes… Neither is true, even if you’ve seen proof of that in your own life.

The future can be different… if your attitude changes, and if your actions change.

Most people do drag the past, interestingly only the bad stuff! into their future, and then the future becomes, by necessity, the same as the past was.

This distinction is the hallmark distinction Werner Erhard contributed to humanity. And he also contributed the process with which you empty your future… . It’s called clearing  and you need to do it often. Daily, occasionally even hourly, so your future can be empty.

The result of effective clearing of the future is miracles… apparent miracles. Anything that is unpredictable for a person is considered a miracle, because clearing the future of the past is a most unusual activity. Even people who know they could do it, don’t often do it.

Why? Because an empty future is frightening. The devil you know is better than the devil you don’t? goes the saying, but it is a ‘Hell no!’ And yet, even people who have learned the distinction and the process of emptying the future by participating in Landmark’s courses: don’t do it. In fact, muscle test says one in 500 ‘gets’ it, and one in 10,000 of those do it with any regularity. One in five million… ugh. In the world at large it is probably one in a billion. You could be one in a billion… It’s not brain surgery! It’s not complicated.

Why? Because your actions, your attitude are closely correlated with what you see.

And your future is full… full of your actions in the past. Mostly failures. Mistakes. Can’t do’s.

Your job is to build a new track record. Tiny step by tiny step

Because this is so automatic, your job is to build a new track record. Tiny step by tiny step. And even when you are good at filling the past with small successes, even then you’ll need to stay awake, aware, and bring another distinction to bear: 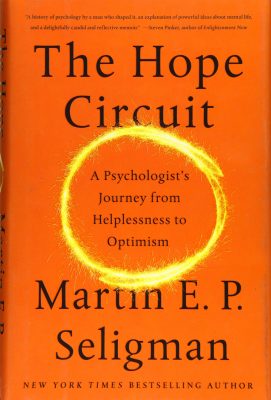 Your results come from the invisible. Invisible to you. Nothing esoteric!

The eyes will see some stuff and not others…

I always bring up my dyslexia, but I have a hunch that you either don’t have to have dyslexia to not see what’s in front of you, or we all have dyslexia.

I vote for the former.

You almost always look with your emotions. The emotions come from the past. From words in the past repeated. And the emotions tell you that you are worthless, or slow, or not good enough, or stupid… or that it’s hopeless! or whatever you decided when you were little.

How do I know this? I have been observing myself. My emotions tell me, consistently, that it’s over. I am done, and I am as good as dead. That it’s hopeless.

Because I am so practiced in this distinction (that you’ve put your past in your future, probably so that you can avoid doing it again, or to protect yourself) and I am so good at clearing the past from the future, I can stop, breathe, and look again. And see something new. The way out of ‘it’s hopeless’.

Now that the past is taken out of my future (I may have to say a few times: ‘it ain’t necessarily so!’) I can see ways the game is not over.

I have shared this before, but what happened in this story is also a great example.

As a magazine publisher my expenses were huge. Printing, staff, rent…

So oftentimes I could see my doom, I could see that it was over. Dread is the emotion that clued me in.

So, one time, I called one of my advertisers and planned on asking him for an advance, so I can bridge the gap, the missing funds.

He, instead, said in an eery soothing voice: You can do it.

Honestly, I never had anyone say that to me, so I didn’t know that it can be b.s.

So when I hung up the phone, I said to myself: if he can see that I can do it, then there is something he sees and I don’t… So what is it?

You see, asking the right questions is also a key to seeing a future that is different from the past.

I looked and looked. I suddenly saw that I had a lot of resources I was not taking advantage of. For example I could offer a special… That is what I did, and in three days I had the missing funds.

Of course you have to have a good product: selling a worthless product at a special price won’t bring you sales.

This is the second thing that no one really teaches: you have to have resources.

Without resources you are sh!t out of luck…

This is why I am pushing skills.

And one other thing:

One of my students, finally, followed the instructions to making energized water. Finally I say, because he was doing it his own way for months, and the water wasn’t energized.

So now his hydration is 30%. At 30% suddenly you feel alive, you are optimistic, and you have a ‘can do’ attitude.

Without energy it won’t matter how many distinctions you know, or how many processes you have learned…

Energy, personal energy is one of the resources you you need to be able to see a future different from your past.

This is why your life is the way it is… lackluster, lacking in vitality or conviction; it is uninspired or uninspiring.

Your Inner Authority is nonexistent…

I train people to activate their Inner Authority, and to have Personal Authority. The personal Authrity course sells for $50 every day but if you buy the Inner Authority Live Course before Monday morning, I’ll throw it in as a bonus.

Get a valuable bonus before tomorrow morning.