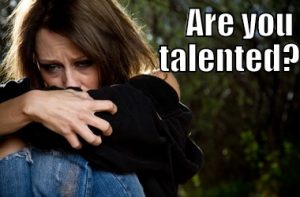 This morning I have been experiencing an emotional roller coaster… as I am cycling through tens of people as I accidentally connect to them. Some gurus, Murakami, his wife, a marketing guru, my next door neighbor, my brother, some students, a site visitor from Hungary, my architecture school friend.

I can feel my face, my mouth… and I can recognize the micro expressions and identify them.

And then, of course, the emotions of my own reaction to their internal state… judgment, compassion, pity, sympathy…

I could write an article, a whole article, about each of them, but I’ll write about a word that screwed up countless lives… and probably still is.

As you know, a large period of my life I was an architect. Architecture school, in Hungary, is something you choose after high school, and it’s a five year study, every person takes the exact same classes.

The favorite or dreaded word of an architecture student was ‘talented’ or ‘not talented’. 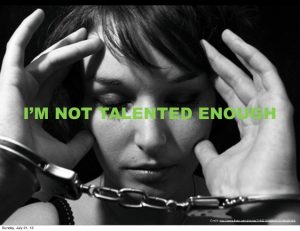 I remember wondering if I was talented. We threw the word around like a knife thrower… not worrying about who gets wounded or killed in the process.

Knowing what I know now… and I mean now-now… yesterday I would not have been able to see what I am seeing now… this was a very harmful word.

It had a finality to it. A death sentence or a life sentence. 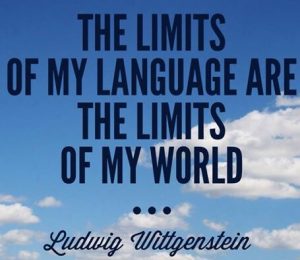 I was on the level of medium rotten.

Some people who came from architecture technical high school were great at it.

We thought they were talented. Some even sold themselves to others later in life, as I am hearing. One of them was crowned ‘king’ lately.

The rest of us had no flare.

What we didn’t know is that in four years of that technical high school these other students developed skills that we could have practiced, had we not thought that they were signs of previous practice.

But we never thought that their ‘talent’ was learned. We and everyone else thought it was inborn… Life, doing the actual work, work you get paid for, work that needs to get done by a certain time, is not the ideal playground to develop skills…

I have written about Gary Keller whose coach told him to practice scales on his guitar: that that was the fastest way to mastery.

Same with the voice… singing or speaking voice. Same with telling jokes. Same with dancing. Same with everything that for the uninitiated looks like you need talent.

I remember when I was doing desktop publishing: I instinctively practiced the different moves with the mouse… for hours and hours and hours. I appeared to others as a computer wiz… but it was really the specialized practice I made time to do.

In calculus: I practiced grouping the tasks so I could get faster than anyone… with my attention: every night before I fall asleep I practice it. Non-reactiveness: ditto… I practice it. I don’t wait for real life to force me to be reactive or non-reactive… it is too late to dig a well when you are thirsty. 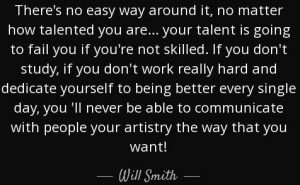 No skill in the structure, the grammar, the rules of the language. 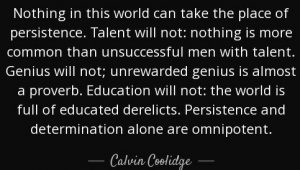 Much like people who play an instrument but never developed their skills. 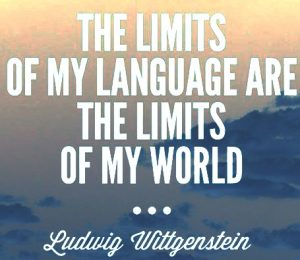 Any word that creates division in the world: those that have it and those that don’t, is harmful. Whether it is spoken or it is said in your head.

Some of my students consider themselves slow. And because slow is a lot like ‘not talented’, they never work on the skills to get faster.

Doing things well faster is useful… a useful skill! An amalgamation of several skills. You can get faster in anything: with intentional practice.

If you don’t know that, you won’t work on the component skills, you’ll be like the donkey in Winnie the Pooh… who is sad because he lost his tail. forever sad, forever grieving, droopy… disappointed, like my long time student, Ba man. 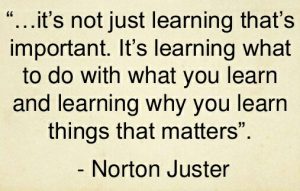 Most of the things I teach are useless as knowledge, and useful as skills. A way to look at life, at yourself, at facts, at others, at situations.

A skill… a skill to see what is mostly invisible to most people.

Nothing to learn, lots to master.

Whether you are brilliant, incredibly talented, or stupid and talent-less, you get the same result without developing the skills.

Talent, capacity is potential. Skill is the tool with which you can climb the mountain… But even tools won’t be enough… but that is the topic of another article.

PS: Here is a little tale how this really works… (source)

A pottery teacher decided to run an experiment on her beginner students by splitting the class into 2 separate evaluation groups.

Group A was graded on the quality of a single pot. Nothing too unusual about that, right?

Well, here’s the kicker. Group B was evaluated on the number of pots they produced throughout the entire class.

The difference in the final pot quality between the two groups was stunning!

While the ‘quantity’ group was busily churning out piles of work – and learning from their mistakes – the ‘quality’ group had sat theorizing about perfection, and in the end had little more to show for their efforts than grandiose theories and a pile of dead clay.

So what’s the moral of that story?

You always learn best by doing, not theorizing.

In the upcoming Inner Authority we are targeting the skills that use our perception organs. We aim to develop the skill of using the feelings our body feels as guidance, or just simply let them be.

It is probably the toughest training I’ll do… because our ‘natural’ tendency is to resist, to discount, or to make up meanings about what we feel, or to react to them.

It’s much like an Eastern martial art course… not showy but useful in any area of life, business, love, health… everywhere.

Is it for you? I need only one commitment from you: to not quit… no matter how hard it feels. And you will want to quit: I have already decided twice to not do this training, because it was hard for me… But I have an underlying commitment, so I returned to it… and now it is scheduled.

The price goes up every few days, next time on Monday morning… Why? because I am seeing and therefore adding to what I’ll train… so the course is getting more and more valuable.

Check out the Inner Authority Training