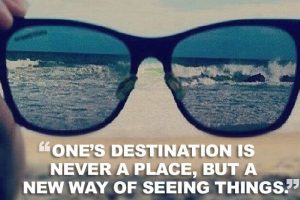 I am reading the  book Metaskills.

I am reading it for you and for me.

This book has given me a big insight… and ultimately a breakthrough, though we shall see… like with everything, on the long run.

OK, let me start at the beginning.

Most books are either easy or difficult to read. Why? I just found out.

This book, the Metaskills was alternating between easy to read and difficult to read.

At some point it felt like thick mud I needed to wade through.

Why? I had no idea how what he was talking about was connecting to what the book was supposedly about.

I am nearly certain that this happens to you too. The thought is “What does this have to do with the price of tea in China?” or some other dismissive thought. 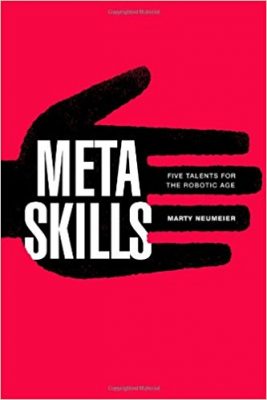 I was turning the pages back to find the context. Context is what makes something make sense. Context is like the box telling you what’s in it… Sometimes the part doesn’t tell you how it belongs.

My “not self” is frustration. Yours may be anger, fear, discouragement, or boasting…

I am also a blamer. When I am frustrated I instantly blame something or someone. I don’t have to think about it. It’s automatic.

But when I tried to find the context, and found it, a whole new world opened up.

I realized that this guy is working on a very very very big canvas. I thought I had a big canvas, and compared to others, I did. I just recently was able to upgrade it… I have been able to see things connecting over a big canvas. This jump in the size of my canvas, my cone of vision, gave a 15 point jump to my IQ too.

But this guy’s canvas, the “box” is way way way bigger than what I am used to.

It took me work to catch up to it, but I did catch up in the end. Hanging on with all my might… barely.

So how does this work? I call the size of the canvas your cone of vision. In camera language, how wide angle is the picture you can take. How wide you can see everything. How you can connect dots…

Because the world is so busy, and because it feels distracting. humans narrow their cone of vision as a defense mechanism, to protect their space, themselves.

It feels totally logical, but it actually causes a big mischief. A bunch of symptoms, including symptoms similar to agoraphobia…

But beyond that, it causes a marked lowering of your IQ. Why? Because you start to make decisions that feel true inside the two-bit picture you see, but are completely and totally inaccurate in a wider context. 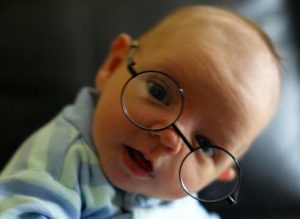 In the two-bit picture the only question you have: which one. Either one or the other.

But in the big picture you can ask many questions that don’t get you stuck with the binary mindset: how, what, where…

If your life doesn’t feel like an adventure, you can be sure that your cone of vision, the canvas you live your life on is very narrow.

This narrowing of your cone of vision is a behavioral disability. It is not a brain disorder, or an eye disorder. It is a lot like diabetes: it is the result of behavior.

Fear based. Desire to receive for the self alone. Desire to be right.

When I went to the behavioral eye doctor in 1996, I was in pitiful emotional state. My cone of vision inside which I could see colors was narrow. And everything outside of that narrow cone felt like a threat to my existence.

My eye training was six months long and it was expensive. Very expensive.

I still practice the second exercise when I feel that my world is closing down on me. When fear starts to take over. 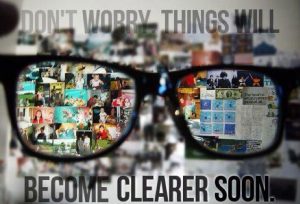 After the elections on 2016 I had to practice flashing my cone of vision wide, daily, to be able to keep my spirits up.

What’s the connection between fear and your cone of vision?

Why crawling on the floor was part of the method?

One of the most useful methods to combat fear is to look at what is scary, from another angle.

For example feelings. When you can take out the feeling and examine it on the palm of your hand, you can see, always, that it’s just a feeling. Not that big scary hairy monster it looked from your usual vantage point… inside.

The Metaskills book forced me to widen my cone of vision… and it suggested that I can also control the length of the vision, or depth in camera language… that is the time factor.

The book says that this is one of the skills that will allow the person with this skill to survive and maybe even thrive in the upcoming Robotic Age.

Why? Because problem solving is one of the values a person can provide. The bigger problems you solve, the higher your salary or pay. 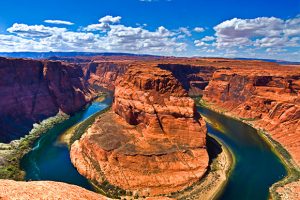 The solution is only possible when you can see, accurately, the cause of the problem, and the environment around them.

Depending on your occupation, if your job is easy and routine, you may have to be forced to widen your cone of vision, and to lengthen the depth (time).

If your job is not demanding, you’ll have to do exercises, instead of just using your job with an ever widening cone of vision. Or add harder problems to solve as a hobby. That is what I do. 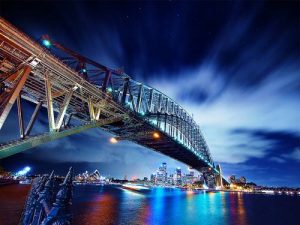 When I did the behavioral eye training back in 1996, I didn’t really know how to grow from this ability. And I didn’t grow from it then, or not really.

I felt better, I had a little bit more freedom, but still no growth.

When you consider your physical ‘disability’ physical only, or mindset only, a problem, you may fix yourself, but you won’t grow.

I learned how to take control of my eyes, I experienced less fear, but I didn’t know that I could use that bigger cone of vision to evaluate causes to my misery, and the longer cone… to see the effects of my actions before I took them.

That came much later.

The Sunday Rants faithfully document my growth, my insights, and my cone of vision changing over the years.

I have been having these calls since 2007, but have been posting the recordings only since March of 2016.

I charge $20 per call. They are worth a lot of money in the right hands. They may be worthless to you.

If someone subscribes: it’s $15/per week.

Because they are not lectures, but a conversation with someone who is a lot like you, the calls are a lot more effective than a lecture can ever be.

For example, yesterday I bought two lectures for 90 bucks. One of them has completely lost me: I have no foundation to even understand what the guy is talking about. 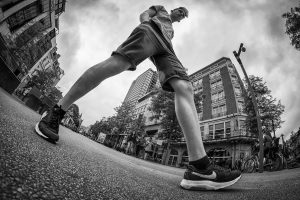 But for someone who regularly reads my articles, who participates with me, these are a treasure trove, because of the type of call, and because the personal details I go into, the stories, etc. Depth, thought processes I don’t share on my blog. Inside information.

One of the big advantages of listening to the calls is hearing that I struggle too, and how I get, often on that call, out of the stuck states. Emotional, financial, relationship, learning, mindset, business issues all come up. I don’t do these calls for you. I do them for myself… and you get to benefit from them.

This is my “spiritual practice” to get myself unstuck, and to keep myself in growth mode. To widen my cone of vision.

It is the closest thing you can get to model after me, if you are so inclined.

Of course if you say to yourself “You are the last person I want to model myself after…” then don’t waste your money. 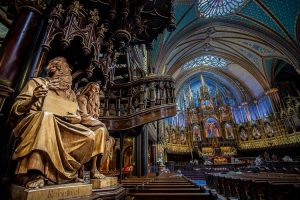 Even though Lincoln and other smart people have said: I learn from everyone I talk to. Mostly how not to think, how not to behave, but I learn, nevertheless.

Because you can learn from everyone. I do. I mostly learn what not to do… and that may be the best learning.

Get the Sunday Rant calls on your phone
Birthday special: till the end of Labor Day (Monday) you can use a coupon code BIRTH to get half off on the Sunday Calls. Happy birthday to me. Many happy returns… Or as the Hebrew goes: till 120…

2 thoughts on “Seeing: a Metaskill that will raise your vibration”