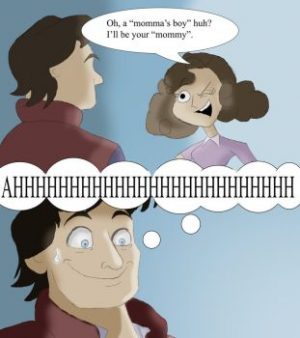 I always ponder why things are the way they are.

I ask why more than once, more than three times… I ask and look.

One question that makes me ask why a lot nowadays, why is it that certain cultures have most children live their lives in mother-child, and why do others let the child live, where they should move to, to become independent, in father-child.

I have a theory, and like any theory it needs to be tested and tested again.

This theory is this:

So the children never grow up.

In my various businesses in three countries I have served men from many countries, and formed my opinion through how they behaved with me. Whether I got respect, whether I was considered equal.

Here is an unexpected recall: In Israel I worked for the City of Jerusalem, and had contact with hundreds of different people from all ethnicity and all levels of religiousness. 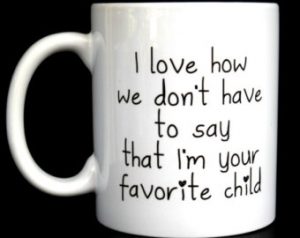 I visited Mea Shearim, an ultra-religious European (Ashkenazi) Jews, who weren’t really allowed t look me in the eye. But they accepted my authority, without argument, and with deep respect.

It was one of the best experiences I had as an architect, in any country.

I also had clients who hailed from Syria: they were seemingly accommodating, but were abusive and usurious.

In the United States I had Italian and Greek clients, that made me walk behind them. That didn’t hesitate to ask if I had breast implants… no respect, no authority, a really bad, demeaning experience.

Indian men: slightly worse.
Black men: no problem. Of course there are lots of cultures in Africa.

I have some 300 African women in my ketosis Facebook group: most of them are protective of their children, and try to appease their man.

The best place to look is how much education is a girl allowed to have.
or How free is a woman to choose a husband… against tradition.

Alcoholic fathers activate the mother’s protective insticts and relegate the child to TLB 1 living in mother-child.

And then there are the unexplained cases: why is my Polish student so firmly entranched in the field of mother-child, where growth is frowned upon and therefore not very likely? Why is he treating his father with disdain?

I don’t know. So many questions… so complex an issue…

Obviously I don’t have a simple answer.

I am very lucky my mother didn’t feel a need to protect me. Or to love me.

PS: I don’t want to believe that it is the Oedipus complex… ugh. I hope not.

PPS: Many cultures prefer a male offspring. China took it to the nth degree: hundreds of thousands of men can’t find a wife now.

All my Chinese students, past and present, were born girls, and not loved… but are still TLB 1 and live in mother-child.