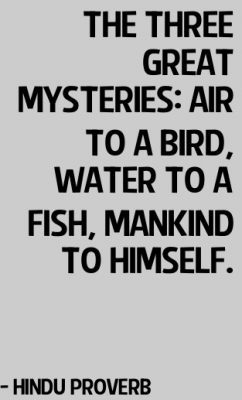 The Three Great Mysteries: air to a bird, water to a fish, mankind to himself
~ Hindu Proverb

We live in an age where, we could say, are poised to move our inquiry into areas where it could make a difference. Not yet… obviously.]

I say in every area of the mystery that we call life and Universe.

In health. In well-being. In climate change and caring for our planet. In evolution, genetics, and feeding all these people. In psychology. In human growth and self-actualization.

Some ideas, some theories are closer to the source than others. 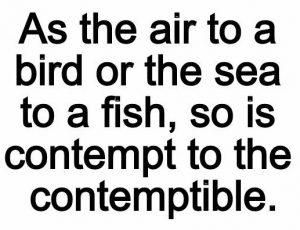 One of the big issue with today’s man is the narrow cone of vision, and the nearsightedness… trying to figure truths from a detail.

And this person is Tai Lopez… I said reasonably accurately… I didn’t say accurately. But if someone listens without believing a thing, with a wide enough cone of vision, and with a long view enough (time) that someone may be able to see connections that lead us closer to finding cause, where what we do actually makes a difference. The seed level. 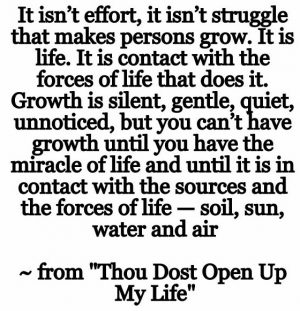 I am never lead to something without a reason… but the reason becomes obvious often after years of perusing that something faithfully and with faith.

I have been faithfully and with faith doing the steps of the 67 steps, for 16 months. Just finished my sixth round. You do need faith to be this faithful… lol.

I am watching with morbid fascination as words make zero difference in people’s world view, in people’s mindset.

And they all listen to Tai’s 67 steps.

None of these made any significant difference. Moreover none of them made ANY difference for most.

When someone says: I do, even if it is a wedding vow, they NEVER say, never really say: forever.

Commitments, promises are conditional. Once it is not convenient or not enjoyable, humans take it off like a garment. It’s gone.

And so it has been with any “commitment” I have asked students to make.

This behavior is as close to the seed as I have ever gotten. The unwillingness to surrender “free will” to “your own will”, to your “word”.

I am seemingly going to digress… but no, I am bringing in another phenomenon, I just connected to this yesterday.

While I am doing that, keep in mind that the Bible talks about word… Hm… the word you resist, the word you violate every minute of every day.

OK, here is the other thread:

In Step 67, Tai talks about annihilating the amygdala.

The amigdala is the emotional center in the brain. Fear lives there. Memory based fear.

Here is a sentence from Wikipedia: Amigdala: Shown in research to perform a primary role in the processing of memory, decision-making, and emotional reactions, the amygdalae are considered part of the limbic system

Tai only deals with memory based fear, but I have a hunch that all memory based behavior is controlled by the amigdala.

Memories from your own life, and memory from your ancestors. The history level, I call it when I download an activator. 3 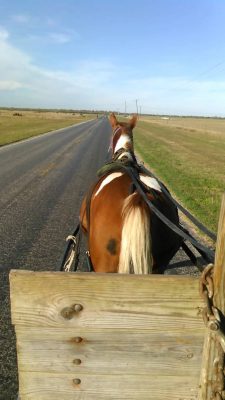 In Tai’s talk, the Amish train their young horses to be able to tell memory emotions and current emotions, memory fear and relevant fear.

They tie the young horse next to a highway with heavy truck traffic. A few hours a day.

After a month, and yes, it does take that long, the horse can tell that the noise of the heavy trucks is just noise… irrelevant. So no fear response… the amigdala “changed its mind” for that particular horse.

OK, back to the original thread:

The exercise I asked my students to commit to is a lot like the exercise young horses are asked to do.

If you close your eyes and listen, you’ll hear all kinds of inner voices, agreeing, arguing, saying something.

Consider that your behavior has been like the behavior of untrained horses: hearing every voice as relevant, killing yourself and your hopes and dreams as well.

An untrained horse reacts to the noise and pulls the wagon into oncoming traffic, right under a passing 18-wheeler.

That untrained horse is you. 4

So, now that I have brought these two threads together, the amigdala that talks and tells you what to do, and the spiritual exercise for life I have asked you to do… here is what can be expected if you are willing, faithful, and full of faith with regards to the exercise I have given you:

At some point, just like the young horse, you’ll be able to ell what is relevant what isn’t in the inner voices.

What is you speaking, and what is the “not-you” speaking. The not-you we call IT… the amigdala…

Given that being able to honor YOUR WORD AS YOURSELF is the goal, the fundamental condition needed to be fulfilled to start to climb the Tree of Life and approach the god-like state the Bible promises, this is and has been the missing step.

Muscle test says: this is the seed level.

I don’t know. I only know that the moment you can tell what is you, and what is not you, what is relevant and what isn’t, your belligerence, resistance, fear, and tugging at the rope disappear… and you start to become a HUMAN BEING.

And that is the goal.

OK, I hear you. You want me to spell out the exercise for you, again.

Instead of saying that the voice said I should not do it.

You do the narration, and nothing will happen. No results. None. Just more of the same: you acting on all the voices.,, as if all were relevant and YOU speaking.

Your job is to do an inventory and be able to tell them apart.

Is it possible the “don’t do it! it is too hard” is relevant? Of course. Many times.

Just like the horse the Amish train to pull a wagon and not kill them.

99% of you won’t do it. And you and your life will remain the same. Shitty. And low vibration.

PD: lots of spiritual exercises address the immediate visible cause of something, and not the root cause… so they become ineffective, and the change is not sustainable…

The only way to affect real change is to change the root cause of what you want to change.