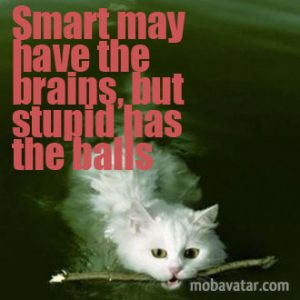 Most pebbles are buried under many layers.

We go back in time, find the incident that is the most likely that created your pebble: your key to survival, and yet, the emotions don’t respond.

How do we know that we got to the “real” pebble, not a coverup, not a fake to distract us from revealing the whole mechanism, but the real one, the one that makes you a puppet on a string, never winning, never achieving competence, security, joy, happiness, and fulfillment that could be your birthright?

Last session (I am learning as we go… I didn’t come out of my father’s head with the knowledge, guys! If anyone claims they did, they are teaching you Tree of Knowledge stuff, not the real deal!) a few more people popped. Popping is what I call it when you get to the hidden treasure. 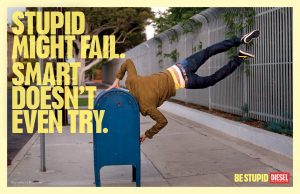 To my surprise, the real survival item for the people that popped was the question: Am I stupid? Am I smart enough?

In olden times there was a greater variety in what people considered important, but it seems that in our mind-dominated age being smart seems the most important dividing factor between those of us that are happy and those that are not…

It is an illusion and yet, most new pebbles that came out in the session were of that stupid-smart variety.

Of course, from now on I will be able to pay attention to what triggers the anguish, the clenched jaws, the tight shoulders, the stiff necks, the no-breathing.

I don’t know if this is true across the human race, it is definitely true among my students, that the pebble is smart/stupid… the concern. I attract people with the same setup as my own…

I myself have a pebble that hinges on smart-stupid. As you will see, the behavior, although many people have the same smart-stupic pebble, won’t be similar.

The pebble will answer the question why you can’t have what you want in your life… security, significance, love, serenity, fame, support, belonging, acceptance, worthiness, and all the things that people have wanted for ever.

Now, if you have the pebble already as part of your soul correction, then no matter what will happen to you, the interpretation you’ll come up with is: It happened because I am not smart enough. And there you are: running by a stupid machine… or a smart machine: it is the same machine. It will alternately be overconfident or lack any initiative, any courage, any willingness to do anything worth doing.

Other soul corrections may have a different “instant” and built-in interpretation, but let’s just deal with what we have here, ok?

So, there you are, you are two or three or four years old, and you make a mistake. Or you are asked to do something you can’t possibly do. Something no one really expected you to do, or if they did, they were stupider than stupid, by the way.

It is part of the vocabulary of a little kid to be stupid… and that’s what you are going to be for yourself, forever.

So what did I do with my pebble that it doesn’t seem to run my life as much as it used to? 1

For one: knowledge is power. Knowing that underneath all my hesitations, all my fears, all my trepidations, it is going to be this pebble, is very powerful. 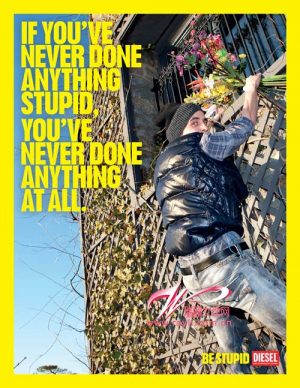 So I allow myself to be stupid and I do what I can to minimize the risk of making decisions based on insufficient data. (That is the type of stupid I did when I was little…)

Now, I still have a tendency to jump, to conclude, to skip steps, but much less than I used to.

I employ my famous management technique and my life is now moving, slowly and steadily.

There is no possibility for movement with an unmanaged pebble.

I teach this technique in the Pebble course… and the Pebble webinar is designed to show you that you need it.