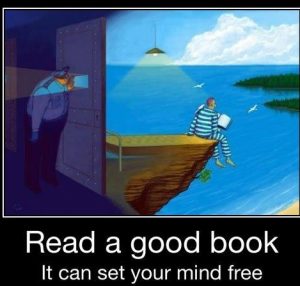 This morning something pulled me back to bed after I got up.

I considered it guidance, and I got back to bed.

What came next was amazing: trips down memory lane, all centering around mental illness, mental stability, your TLB, and what was in common among the many people I remember so clearly, people I spent time with in mental institutions.

As an empath, other people’s feelings, emotions tend to tug at me. today 99% of what I feel is not mine… But before I became conscious, before I started to climb the consciousness tree, 30% of the feelings I felt were mine. I also had a lot more voices in my head… all talking at the same time.

The only reason I know, with 20/20 hindsight, that I was hospitalized not for what I felt, is that none of the medication worked… I wasn’t the person who was crazy, I just felt the craziness of others.

My theory of mental illness has always been that it is an escape… a hiding place.

It’s a sign that what seems to be coming at you is deemed too much by your brain. A little bit like losing consciousness when the pain is too big.

I fainted when I was raped at age 3 and a half. And I fainted back in 1979 when my ovary burst open. Both times the brain decided that experiencing the pain was not of any benefit, so it shut down the consciousness.

Since then I learned, little by little, to be the eye of the storm. To be that… To be the place where nothing is happening. Utter peace and silence. 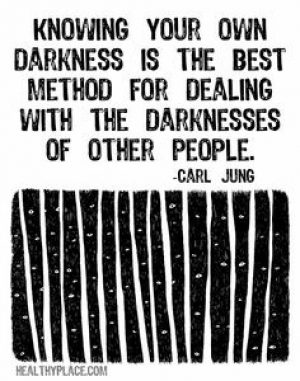 Whereas the people who were in those wards, were considering everything they heard in their head, whatever the voices said, saying things and the opposite, they considered it something they could not escape.

This is why the Amish Horse Training Method can be the foundation of every and any success with raising your vibration, and moving your life to a life worth living.

Some people have more skills in ‘doing it’, than others.

I am learning to recognize the talent.

I have a few unusual pen-pals (I call them pen-pals because they aren’t students per-se, even though they have bought some products, they read my articles, but our relationship is not father-child or partnership, it is more like I am their confidant).

They write down, straight quotes, what the voices are saying, instead of talking about it.

Here is an example of the two types of presentation:

1. the voice in my head says that you are crazy… and I am crazy to listen to you
2. ‘I kind of feel like it may be a good idea to trust you.‘ 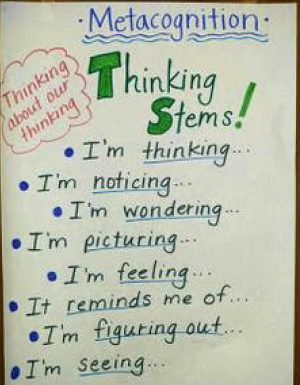 When you have the mental habit of missing completely what is said, and you only remember the meaning you gave it, you are the talking-about type, and you are going to have a hard time succeeding with the Amish Horse Training Method.

Why? Because as you hear it, you immediately switch to the interpretation, the meaning, the ‘therefore’, which means: you considered listening to the voice, and you considered it actionable…

Your life is a puppet’s life on a string… and until you hear and yet stop  interpreting, you’ll remain a puppet.

The missing capacity, by the way, is humility.

In humility you listen fully, or not listen fully… but don’t push your interpretation and meaning to replace what is said with it.

You have that also when you read, you have that while you listen to me. It is all about you… you are the center of the universe, and it renders you ineffective… and stuck. You are stuck with your own stuff.

Do I have an exercise for you to liberate yourself from the second conversation? Yes and no…

I once had a friend/client who complained that no one wanted to hear what he had to say. 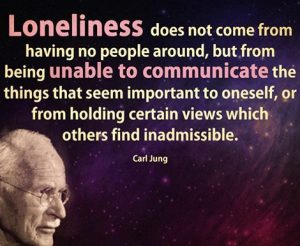 It’s wicked difficult if you are the ‘talking about’ type of listener. But you can give it a shot. He did and he improved his experience with others… by a lot.

Is this how I listen?

I listen as an immersion exercise: I immerse myself and I get wet.

I am fully with what you are saying, and I don’t think about it at all. I am there with you. It is very physical for me. I get what you say, I get what you are not saying, I get it… Nothing ‘about’, only it… for me. But I admit, I have a harder time to be there with you when you are the ‘talking about’ type, because even YOU are not where you say you are… you are outside, looking in.

You are withholding reality, and dump on me your limited perspective of the human mind opinion… as the truth.

Now, when all my mental resources are used to imagine what you are not saying… I have hardly any resource remaining to coach you.

And even if I did… your map of reality (your interpretation) is so removed from reality, that hardly any coaching could work.

So what should you do if you are one of these ‘talking about’ low humility types?

It will be painful at first, because your huge ego will feel neglected, and pushed to the background.

But if you do it enough, you may be able to be one who can raise your vibration, because you’ll be able to do the Amish Horse Training Method effectively.

No insult is intended. if you are insulted then you have already interpreted what I said…

PS: Reading is one of the practices that can cause the biggest changes in your life… but you need to read the same way I listen to you: no commentary, no meaning, no private conversation.

Why? because unless you read how I read, instead of the book, you are left with, always, what you said about what you read… which is more of the same… what you have always said… what was already stored in your mind.

Reading is one way you can change from ‘talking-about’ person with little overlap between your map of reality and reality, or someone who is astute: you see what is there… no commentary.

Another practice is how you listen to the step in the 67 steps… are you staying with it? Or are you in your own conversation, because what you have to say about it is more important than the step?

Just notice. And then gently change how you listen, how you read…

Your life depends on it.

You can go at it on your own, or you can enroll in a low cost program where every day you do what you promised, listen to an audio, or read a book, with the method I suggested, no understanding, no commentary, no learning it, just hearing it and allow it to be what it is.

And then report back that you did it.

I give you 100 hours of audio that you can use and a private area on a website… where only you and me have access. I check on you daily, to see that you keep your word.

It takes time. It took me time… it is not easy. But unless you start it, and unless you have someone to hold your feet to the fire, you’ll never do it, and you’ll never change.

I call it bootcamp. I call it Hero’s journey. You can call it whatever you want… just do the daily exercises. First it will be hard. Very hard. You won’t enjoy it. You’ll only have seconds when you don’t interpret, or try to understand. But eventually you’ll get better… But only if you don’t stop.

Remember, the goal is to go from ‘puppet on the string’ living to ‘astute’ living… not small feat.

Enroll in the virtual bootcamp
Here is a little testimonial from B… from the Mountain Region of the US:

I have to say how grateful I am to have embarked on the Hero program. It has been the spark I needed to get off my butt. And it somehow is forcing me to slow down, take deliberate steps, analyze, consider, reconsider, rework plans, etc. in ways I never would have. And I would have crashed and burned in the process if I did it my ‘tried and true’ way. But you already knew that 🙂

Thank you again and again – B

As you can see, the Hero bootcamp can be used for tacking a new project, a new business, something that unless someone keeps your feet to the fire, you’ll get distracted, discouraged, etc… and never get it done. B above is starting a new business…

But to really see how you think… that is harder. So for now practice just this one thing: stop interpreting everything so you can actually get what is written, what is said, what is happening. Take your imminent wisdom out of the picture, and let the picture be the picture… without you adding anything to it.

It will be hard… but you can do it.

6 thoughts on “Is ‘talking about’ a type of mental illness?”