When you can’t seem to attain your new years resolutions…

When you have a hammer, everything looks like a nail 1

I have a better “hammer” for you: it has worked for my multi-millionaire mentor, it will work for you. 2

What to do when all you know fails you? When the hammers don’t work, and you can’t seem to attain your goals?

I was on a radio show today. I was the “minor” guest, and as such, I did not prepare: I wanted to stay present to the conversation the “major” guest had with the radio host, so I can add my 2 cents worth, instead of taking the show to a different place. 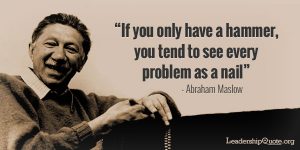 The “major” guest was a chiropractor/philosopher, book author, and workshop leader on the happy mind.

As I gleaned from the conversation, he was going to teach a “version” of the Course in Miracles.

Because this radio show was the very beginning of January, the word got around to new years resolutions… he calls them re-solutions so he can sneak in the quote from Einstein, that the level of thinking/knowledge that created a problem, is insufficient to solve it. I know I have paraphrased it… I have something in mind, so bear with me.

If you are a medical doctor: everything looks like an opportunity to prescribe medication.

If you are fat a girl currently on a diet: everything looks like it could be solved with some dieting. I have been doing some version of that for about 46 years! With bouts of anorexia and bouts of 150-160 lbs alternately.

Why is that? Because these solutions come from what you already know, and if they worked, you would not have the problem… got it?

This country would be home to the healthiest nation that is also the thinnest.

But that isn’t the case, is it? And people keep making the new years resolutions: health, wealth, perfect weight…

So where would you get the solution if not from what you already know?

Let’s look at all knowledge, and see what we haven’t taken into consideration.

If you looked at a big circle, like a big pizza pie… how much of that pie do you think you know? If you are like most people, you will say that it is a very narrow slice, maybe even just the size of a pepperoni on the pie. These are the things that you know, and you know that you know that. Like your name, your gender, your birth date, your schooling, your first pet’s name, your new years resolutions.

Next we’ll look how much you don’t know. Your first inclination is to say: well, the whole rest of the pie, no?

That area of the pie reveals itself in some mysterious ways, in dreams, in a sudden flash of insight, or in a conversation for transformation, mostly with a mentor or a coach.

That is the bulk of the work I do with clients, and the results are just short of miraculous.

I have experiences like this every day, some are earth shattering, some are just a nudge in the right direction.

But about 7 weeks ago I had a little piece of that mystery thrown my way and now, as a result, I have lost most of the unsightly flab I had been carrying around for quite some time. None of my good fat was touched, not my voice, not my bra size, not my face… just the bad fat. Imagine that. 15 pounds of bad fat in 40 days.

So, with my New Years Resolutions accomplished… maybe I can help you! Want help?