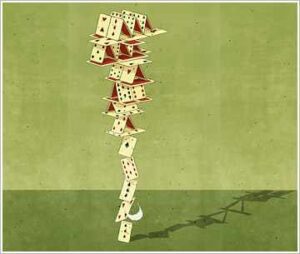 First off: let’s establish something important: a belief is a string of words. Words. Ordinary words.

The words always lead to a picture… And that, the picture is what most people consider a belief… but the picture comes from the words.

Without changing the words the fruits will remain the same.

In my methodology where we revisit incidents in our lives, we are trying to SEE the incidents from many different angles. If we succeed, then we can go back to the words and see that now they are malleable.

Meaning: changeable. So we CAN change them. Will we? Most won’t…

The Core ‘Belief’ of Failure – What is Yours?

What is the difference between a spiritual failure, a never do well, an underachiever, a disappointment, and the ‘successful ones’ Like Tony Robbins, like T. Harv Eker? Like, maybe, Wayne Dyer?

Yet, they are successful… what is the difference?

What is the difference, across the board, case after case, maybe in every case?

When you listen or read success literature, there are actually many differences, among them the 17 that Napoleon Hill documented in his book, think and grow rich… But… Those differences are all on the tree branches level. 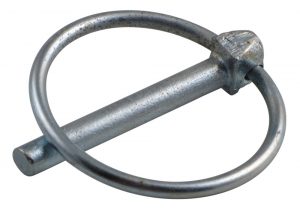 According to Pam Ragland, a linchpin belief can be the basis of as many as two million! negative thoughts… now, that’s a whopper! Once you pull the ‘plug’ in minutes, you are 2 million negative thoughts lighter she says… wow. What will that do to your level of success?

Did she succeed pulling the linchpin? No, she didn’t. Pulling it won’t work. You’ll be left with nothing, and you won’t allow that. You can decide to change it… and that may work.

In Kabbalah, they call this core belief the seed level. It is below the conscious level, and you don’t know that you have it. You only see the effects. The core belief, the words, is the cause, the behavior, feelings, lack of motivation, etc. are the effect.

Once you manage to change the invisible core belief, the whole visible part changes dramatically.

So what kinds of beliefs could be linchpins? I could say: any kind, but that won’t help us here.

It is mandatory that you trust the person, especially because you have no idea what you are going to reveal… I myself was quite stunned at what was underneath it all for me!

For many people that is getting paid handsomely for work they enjoy doing. Many people don’t get paid as handsomely as they think they deserve to… so they don’t do their work with much effort. Result: it snowballs into poverty. Other people just want to be able to GET, RECEIVE. Receive gifts, prosperity, love, etc.

Most people will dance around the core belief, as if protecting it: when you start dancing AND going in circles, you know that you are really close! 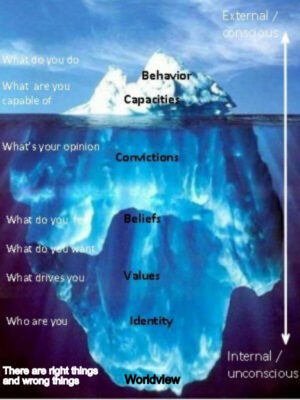 I have been teaching integrity that gives power to your words, and communication that only works when your word has power.

No I am going to combine the two… so you can use your word as a power tool. The program will be ready really soon. In the meantime if you have a core belief that keeps you down, sign up to the ‘notification list’… aka communication group. I will not make the course available to people who aren’t in that group.

PS: If you want to get a leg up on other people, you can do some of the previous courses, the Integrity Course, for example.

Integrity is the seed level of communication.

In the Context workshop, I say, we got down to the core belief… Now comes the second part: altering the future.

In the ITCH workshop we dig and dig and dig so you can start seeing all elements of that tree that grew out of that seed level, that linchpin.

Fascinating. Worth its weight in gold… And probably the only way to make your ‘tree’ and your ‘seed level’ malleable… which is crucial for changing your mind. A rigid mind cannot be changed.

Get a sample call: it can change your life