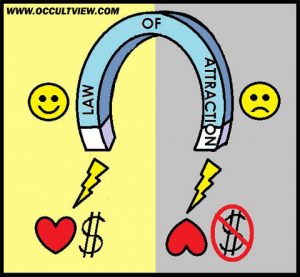 What if the law of attraction is just another way to keep you duped, unthinking, unproductive, and a slave?

Just think with me, please:

I am going to filter the Law of Attraction through my own life, my own experiences instead of giving you made-up examples, ok?

OK, let us track this “conspiracy” I call “the law of attraction” from now on backwards.

Question: who is attracted to the law of attraction? The one that has self-confidence or the one without?

What does the law of attraction teach? like attracts like, and the vibration of your thoughts and emotions will attract people, events, and things to you that have a similar vibration.

What vibration does a person who has been feeling all their life the lack… lack of skills, lack of capacities, lack of love, lack of intelligence, lack of courage, lack of ambition, etc.

They vibrate at the level of lack. Is the lack real? I know, you said an automatic yes, but is there really a lack in the Universe, or is it a statement that is true only by virtue of having been said? 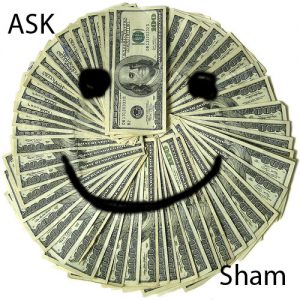 I once participated in a course called “More Money Workshop”

It was a 3 week Thursday nights course, so we all came right after work, most of us in whatever we threw on quickly before we had to run… I personally was exhausted, Thursday was worse than even Friday, as far as my energy level went.

The course started funny. Here were the funny and unusual things about it:

It started out weird. I guess no one felt prosperous, especially not outwardly. I sure I didn’t. But after answering 10-15 times: I am glad you noticed, something shifted. Ever so slightly.

The main underpinning, the main distinction of the course was the statement that “nothing is missing, unless you say so.”

i.e. there was no lack, as an objective truth, in the universe. Lack was invented, and spoken as reality, and the speaking made it so. (It ain’t nothing till I call it… remember the three umpires?)

Lack has a very low vibration. If we wanted to translate it into audible sounds, it would sound like a cross between whining and growling… not an attractive sound, would you agree?

So, when someone is attracted to using the law of attraction, they live inside this low vibration, the cross between the whining and the growl… they openly live in lack.

Whose interest is that the majority of the population that are capable of thinking will give up their power of reasoning to fall into the trap of mystical thinking and victimhood? Feeling at the mercy of some unexplainable mystical law that makes it their fault that they don’t have what they want?

That is the question. And also, how long are you going to stay in that kind of slavery of the non-thinker? Where earning what you want isn’t even part of the question?