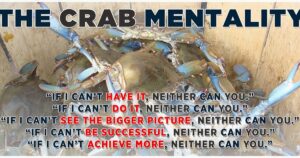 There are two planes where existence can be experienced: the horizontal plane and the vertical plane. 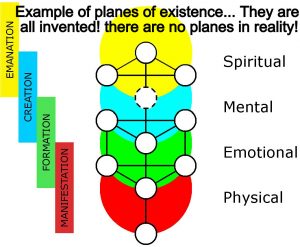 One dimension, in space, is like a dot. Two dimensions is a line. The third dimension is height.

In learning: learning the words, using the words, repeating the words accurately, seeing the meaning everywhere, being able to adhere to the words… and the last and highest dimension is instinctual knowledge.

See some more examples in the footnotes 2

In distinctions and principles the highest state is the state where you generate the distinction… as breaking a hole in the wall and see the world through it. Only a very few people get there. It is living by principles, living by distinctions… Rare but what you want to have.

Most people are stuck in one dimension… and try to “do” life from there. And any expansion of the world meets with resistance.

I see it on my students, especially certain soul corrections. Memories soul correction is the one that comes up resisting expanding their one-dimensional view of the world to even two dimensional

The brain processes 400 Billion bits of information a second. BUT, we are ONLY aware of 2,000 of those?”

here the numbers are different, but the message is the same

“Our brains are marvelous machines, John, which process around eleven million bits of information per second. But we are only aware of about forty of those bits. In other words you are only aware of .00000364 of what is actually happening around you! You and I block out 99.99999% of what our brain is processing. So, if we want to change the way our brain scans the world and start to adopt a more beneficial reality and vantage point, we must start by rewiring the way our brain scans the world around us.”

This is why scientific data may be valid, but not the interpretation of the scientists.

This is why, for example, Global Warming can be debated, because even though we all get the same data, we all interpret it differently.

From where I live, Global Warming is happening, and it is threatening to extinguish life… so the Earth can start anew, as it has already happened six times, according to muscle test. We are the seventh generation. Not only humans, but life.

OK, returning to the horizontal plane and the vertical plane.

The terminology, vertical plane, is about 1600 years old… and has an esoteric, god-centered meaning to it…

How do I mean?

As usual, I have my own higher power… Whatever works…

So in my use of the expression, vertical plane, I mean the workability, the Original Design of a human, the ways of being that leads to and can sustain the thousand years of peace…

The horizontal plane is what you know. The life of struggle, the life of emptiness, the life of competition, anger, hate, winning, losing, explaining and justifying, minuscule enjoyment, addiction, business (as in busy-ness), etc.

The saying: Be in the world but not of the world says the same. It says that when you live on the vertical plane, you are not entangled with the world and its “values” of gain over the other, desire to receive for the self alone.

I have been living there for a little while, to an ever increasing degree, but I still need to remind myself daily.

Your vibration, the number, will be an indicator, and vice versa.

Because the vertical plane knows about your standing in the world, but it doesn’t concern itself with it. It doesn’t care how you look to your fellow humans who spend their entire lives on the horizontal plane… the chicken coop (from the White Tiger).

When you are climbing out of a bucket full of crabs, there will be many people who try to pull you back down to their level. (from the Chop Wood Carry Water)

When you interact with people who live in the horizontal plane, you immerse yourself in a bucket full of crabs…

Even after you have gotten a taste of the vertical plane… I have seen this time and again. Every holiday with family and friends, every vacation is a re-immersion in a bucket full of crabs.

I limit my interactions with people living in the bucket. If you add it all up, it is maybe 10 hours, out of which only 2 hours where I am not their teacher…

Yesterday I discussed the offer I had for my exercise class leader: me volunteering to put his videos up for sale, online, and when done, turn it over to him. No charge.

He got scared. He lives cautiously. Ugly.

Cowardliness is one of the hallmarks of the horizontal plane.

After all said and done, I escaped the bucket full of crabs by him declining my offer.

PS: I have spoken about the circle of people who give you your life.

This article is about that…

The only time this is not true in the phenomenon of entrainment. Why? I guess there are no words?

But humans talk. And talk is the cause of every misery… Because no matter what level of vibration you are, words effect you… through the marker feelings… unavoidable. And unless you are very aware (nearly impossible) your vibration comes down, tumbling.

No matter where the words come from. They can come from others, from the voices, or from yourself… your marker feelings are activated every time. And with them, your vibration drops.