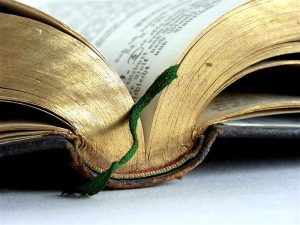 Tithing Or Not Tithing, That Is The Question. Does tithing really work?

Now, why does this issue come up, and why now?

I have a client who asked this question, and because he has given me an opportunity to think this over, maybe even channel a little bit of knowledge, here is what I have come up with so far:

Tithing requires you to give from the seed level of vibration of gratitude. From that frequency you can activate value exchange. A value exchange, from a place of equal values changing hands, not from a place of being a bottomless pit in need, asking for handout, asking for more than you can give back. 1 What does that mean? Tithing is a kind of thank-you, appreciation (acknowledging value) expressed on the level of gratitude. 2

As such a tool tithing works miracles, but there is a problem.

Only about 70,000 people vibrate at that level or above, give or take a few 1 in 100,000, and therefore only their tithing is going to express gratitude. Theirs is tithing.

Now, let’s look at the last one, and see if it could work, i.e. bring you money. And what I mean “could work” I actually mean to prove that it does or it doesn’t, for you!

If like attracts like, (Law of Attraction) and you want to attract money, you definitely want to vibrate at the frequency of the type of transaction that is a value exchange. There is no other ethical and moral way to make money in the world. 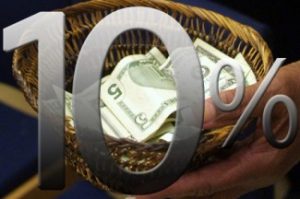 I give money here (tithing), and I get extra money there (fair trade).

Now, if you are in business, which most of us are, i.e. we provide some kind of value for compensation… whether you are a business owner or an employee.

Use value is exchanged for monetary value, which you will turn into use value by what you buy with it.

This is the only ethical and moral way to get money… in my book.

If you are a moocher or a looter, you are looking for handouts or you are looking for opportunities to rob someone… I am not talking about you, so if this is you and you are not willing to increase the value you provide for more money, I am not interested in talking to you, please leave.

What is your vibrational frequency when you tithe so you can make more money?

I suggest that you can only come from lack or maybe you can come from greed. Both of those states vibrate under 200, and unfortunately what activates the more money is the state of gratitude.

Gratitude vibrates above 300 on the map of consciousness. How do I know it? Because none of my clients is capable for gratitude or appreciation unless their vibrational frequency is above 300.

But the gurus say that gratitude and appreciation open the gates of heaven… Well, that’s true. But faked gratitude, just the words, will not do it.

The truth is that we take each other for granted, we never consider being grateful for what we consider to be our due… our salary, our dinner, etc. And the money? We don’t appreciate it either. It is never good enough. Never enough. Never comes early enough, never lasts long enough… do you think that if you treated people that way they would stay with you? People, and money want to be appreciated to stick around!

So what do I suggest that you do, if you are like the 7 billion people incapable of feeling gratitude?

I recommend that you attack your experience of lack in your life as a way to start.

All of those are human constructs, and they live only through languaging. No speaking of lack, or missing, no phenomenon. And the vibration that is associated with those miserable feelings is gone. (Another word for this is negativity).

I give you an example from an area that is not money, but it’s easier to explain, because there is less charge there.

About 15 years ago I got a phone call from my brother, that my mother passed away. She had a heart attack, and simply gave up. The doctors were puzzled, because she was not that ill, the damage wasn’t big, but she decided that she wasn’t needed and then she died.

At the end of the six weeks I had a flash of insight and this is what it was: in reality there is no occurrence of “no.” So if it isn’t real that I wasn’t there then what is real? What is the truth? And then it hit me:

What happened is that she was in Hungary and I was in New Jersey, and then she died. None of the drama actually happened. None of the what-could-have-been, us traveling cross country, or me finally being able to contribute to her, those never happened.

That whole distinction returned me to sanity, and then I was well.

So how does this work in the area of money?

I also have a story about that. In 1988 I was unemployed for about 6 months. I took odd jobs, and I also had a 2-3 hours a month gig in the City at the architecture firm that let me go earlier.

I just did the course where I learned the distinction: “Nothing is missing, unless you say so!” By the way, that course never mentioned tithing!

So I was saying nothing of the kind!

I was wearing my nice clothes every time I left the house to go to the grocery store or to pick up my mail at the post office.

I had money for rice, beans and calf hearts, my daily food budget was around 3-4 bucks. People thought that I wasn’t working because I hit the lottery.

In July of that year I finally could not pay my rent. I had twenty bucks to my name, and I had a choice what to spend it on. I chose to send out two letters to the publishers of two little local rags offering my services. And then I had a hair cut with the 20 bucks I had.

I got hired a day or two after I sent out the letters by one of those publications. I was to work as an advertising sales person. I got trained for a day, and I sold 7 small ads the first day because the person who trained me had a car. Next day I walked. Every store I went to told me that the woman who trained me was there just minutes earlier.

I saw that I wasn’t going to beat her on foot, so I called the other publisher. He invited me for lunch and hired me on the spot. He even lent me his beat-up car with a gas card. I worked for that guy 60-80 hours a week and learned everything a publisher needed to do.

In six more months I started my own publication, and I had a blast with it for 11 years.

You see, the energies work in mysterious ways, and simple tithing would have never solved my issue:

I find this a lot more healthy and vibrationally sound, than giving money away to wherever, aka tithing… hoping that it will bring back more.