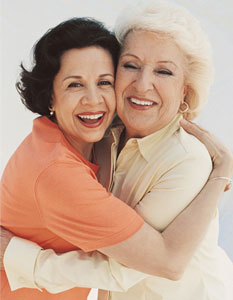 In the previous article on tithing we discussed the issue whether to tithe or not to tithe.

The distinction I’d like to introduce here: Value recognizer, and I suggest that you become one. Why? You’ll see… invaluable!

I have looked at my notes and noticed that there is a very important aspect of tithing that I forgot:

Most people of high vibration give money, tithing, where they received value. Spiritual, or other, but beyond the call of the duty. When you use tithing this way, it raises your vibration.

Recognize your own value first, other people’s value second.

It is rare quality to be a value recognizer. When you operate on having to, needing to, wanting to, and should do tithing, you are coming from empty and needy. You are waiting for your nourishment and fullness from the outside, because you are not valuable to you, because you think you have nothing to give.

Then you want stuff, and in that transaction you only think of yourself. Of getting. When you think only of yourself, then everything you find valuable or useful for yourself will show up independent of the giver. Your only question is “does it fill me up?” or not.

I have been a coach for 26 years, and I have a relatively short list of people that acknowledge the value of what they got from me.

The rest of them enjoyed what they got, but they didn’t connect it with me. They never had to thank me, they never had to acknowledge me, they don’t know the distinction “source” so they are oblivious to it. They are not a value recognizer. I, as the source, never wanted to give them anything again, would you? What does that do to the value provider? It creates a desire to give more.

Now, that is an important distinction here. If we are dealing in energy, then that’s exactly what we want.

When you appreciate and recognize value (and its source) and express it with a token of appreciation, it keeps the value coming to you, and keeps your vibration at the high “value recognizer” frequency.

Value is attracted to that frequency and your blessings will multiply.

I have a client who has had a particular pattern in business: always playing the role of second in command, or behind the scene person. We did some energy work, belief swapping and such. What we found is that he’s been giving lip-service to self-confidence and self-value, but his behavior was proving the opposite. He really didn’t think he had any value, didn’t think he mattered.

He was eager to change his luck, to change how easily money comes to him, that’s how this conversation about tithing began between us.

He didn’t believe that he and his thoughts mattered. He didn’t recognize his own value, and he could not really see other people’s contribution either. He could not see that he had a ton to offer, that is unique and a real value.

I did a negativity-swipe(TM), instructed him to write a long list of his own accomplishments, and start writing a blog where he is the teacher. Here is what happened:

His vibration jumped to 500. His appreciation of me and the work I did with him was authentic and real, for the first time ever.

My prediction: he will finally be able to own his own power, offer real value for trade, and will make a lot of money, while having a lot of fun, feeling fulfilled, and following his soul’s calling. And he will stop jumping from one hasty thing to the other hasty thing, unfinished, incomplete, never making any money.

Some more random thoughts about tithing Why do they have to put tithing, tipping, and other expressions of gratitude into law? Because people are not on the vibrational level where they would be able to feel anything other than entitlement, and why would they pay extra for something they already paid for?

But just like with the speed limit is 12-15 miles below what would be economical and safe, “authority” is set up to confuse you. To reduce you to an unthinking blob. You break the law every minute while you drive (if you are driving at the speed limit, get out of here… you sheep!) you carry a calculator to be exact in tipping, and the question of value doesn’t even come up, the chance of being in balance, feeling like a self-determining human being with free choice never comes up. Appreciation? That is for the rich…

That’s why they are rich. They are value recognizer.