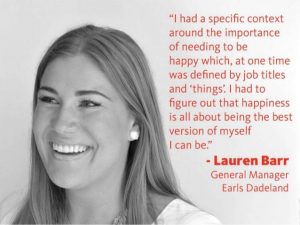 I am republishing this article, because it is one of the most important things to get… That context is decisive.

I have been trying to teach context, but context is a very difficult concept: it is like looking at the sky behind the clouds.

When you have a feeling, a sensation, like a kick in the stomach, it means different things when you are pregnant, when you are psychically attacked, when the phone rings… etc. The kick is the same, the context is what changed.

Mostly people won’t provide you with context of their communication: they don’t think you need it: they assume you know it. But you don’t, and when you don’t know the context, the default context steps in. 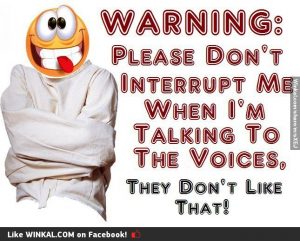 Against that backdrop, against that sky, in that context, anything that happens is bad news, anxiety generator, and there goes your peace of mind, and power… again.

In this quote from Roy Williams, another aspect of context is discussed: the context of your work… Read it… it’s good.

“So there I was, first time in Iraq, officer in charge, first time under fire. I had been studying at the Air Force Academy for 4 years. I had a master’s degree in leadership. And I was scared. You know, the first time I heard the BOOMs, the sirens. And I was hunkered down by the sandbags with my flak vest over me, and I won’t say the words that were coming out of my mouth, but knowing that a leader should be courageous did not make me courageous. Knowing that a leader ought to be a certain way did not give me access to being that way. And five, six years of leadership education didn’t give me what I needed in that moment.”
– Kari L. Granger

I was on the phone with a good friend who spent 6 days in a high-level conference on leadership at a major university last week. Forty speakers presented all the latest research. I asked my friend to share with me what he felt to be the most interesting thing he learned.

“The importance of context,” he said.

“We don’t choose our words and our actions as carefully as we think we do. Our thoughts, attitudes, words and actions are dramatically affected by context.”

“I’m still not sure I get it.” (I’m pretty dense sometimes.)

My friend then told me about the speaker that fascinated him the most. “A young woman spoke to us who had been in charge of an aircraft maintenance unit in Iraq. Sixty-five percent was the standard for ‘mission success’ in repairing damaged aircraft within a certain period of time. Her maintenance unit was operating with a 58 percent mission success rate until she got a call one morning at 2:30AM to get a team together, fly into a combat area, fix a broken aircraft and bring it back. It was during that trip that she met the men and women whose lives depended on the aircraft she was repairing. They told her, ‘When these don’t fly, we die.’ Her context changed. She repaired that airplane with bullets flying all around her, flew it back to her maintenance unit and the very next day her team began operating with a mission success rate of 100 percent.”

Google is wonderful, isn’t it? Even though my friend couldn’t recall the young woman’s name, it took me only about 30 seconds to find a 1 hour and 46-minute video of Kari L. Granger telling that story in detail. The image of her above the title of today’s memo and all of the quotes you’ll find herein were transcribed from it.

“I started meeting the guys that were relying on our aircraft. You know, the brothers, the husbands, the fathers, the sons. And I started to learn the consequences of what happened when our aircraft didn’t make it; the consequences when our aircraft wasn’t there to pick people up or to drop needed equipment. And a particular model of our aircraft that held electronic jamming equipment; what happened when they didn’t fly; the consequences of this. I started to learn the impact of our 58 percent mission success rate. On real faces. And what I learned was that when we don’t fly, people die. It altered the whole thing for me. Quite literally, ‘When we don’t fly, people die.’ And I’m talking both sides die. And the daily, the small, moment-by-moment tasks started to have a whole new meaning.”

Context. Now I get it.

Here’s what I’m going to do: I’m going to help my staff see exactly what happens when the ads we write and the media we negotiate fail to bring in customers. I’m going to share with them – just as Kari Granger shared with her maintenance team – exactly what I’ve seen happen when advertising doesn’t work.

And now that nugget of gold lies warm in your open palm.

What are you going to do with it?

I am not sure I said it clearly and loudly enough, but if you don’t set the context, the default context steps in… and misery begins. Therefore the most important tool you have is the ability to set the context.

The context is up to you. You are free to set any context, really. It’s a skill, and I am going to teach it in my next series of free webinars…

2 thoughts on “Context is decisive… What’s the context of wanting to raise your vibration?”