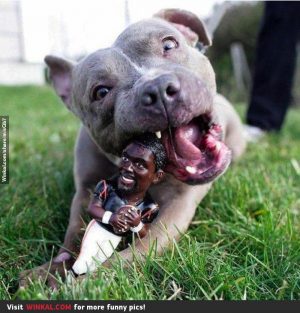 I just read an article about the myth of meritocracy and how it hurts kids of color, in The Atlantic, and I found an answer to my question: why my Black students don’t do as well in life as one would expect of them, based on their abilities. Or women. Or other minorities… Or just regular people brought up mainly by women. 1

This post will get at this issue from different vantage points, so hold onto your hat… or you’ll lose it.

You may remember the principle that made T. Harv Eker a millionaire?

If things are not going well, it is a sign that something you don’t know.

Now, what he doesn’t say is that the thing that you don’t see is profound. It is a principle. Or a distinction. Something big.

Reading Mark Twain’s novel, A Yankee in King Arthur’s court, is incredibly helpful to me in seeing this. 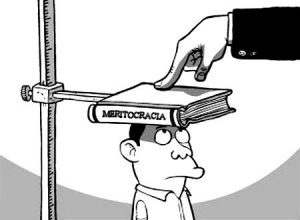 In the sixth century, the world of England was such that 5% was privileged, 95% was virtually a slave, and had no rights. And The Church made sure that both parties knew that their position in life was given by god’s word… and there was nothing unfair about it, that there was nothing they could do about it. The poor could be killed by the privileged, thrown to jail, their work was due to the privileged… etc. That was the order of life…

Now, if we look at that age through the distinction: fixed mindset/growth mindset, it should be clear that they had a fixed mindset.

The context inside which they had this fixed mindset was “the word of god” according to the church: it is preordained. 2 The world is not fair, the world gives you what you deserve, and you deserve this or that… or nothing. 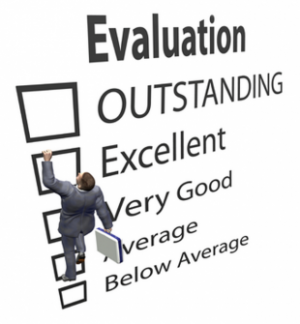 Now, fast forward sixteen hundred years, and look at the prevailing context,  “If you work hard, you’ll get ahead.” “You can have anything you want, just not everything.” Blah, blah, blah.

The American Dream, a myth, is called Meritocracy: everyone according to their merit. The world is fair, and it will give you back according to your value.

Is this true? Maybe. Depends on what you mean by the words!

Because: enter the fixed mindset, and you are in trouble.

In the fixed mindset you are born however you are born, and your value is determined at birth. If you are smart you have a higher value than if you were not so smart.

Fixed mindset, just like in the 6th Century, assigns value to you in just one fixed way. You cannot be more than you are… Or less than you are.

Let’s look at this through a new set of lenses

Now, let’s introduce another distinction: the three levels of value… because unless we do, we are still just scholarly, and our musings won’t make a difference… there is already too much of it in the world… and cause and effect is sorely missed.

If we stick with the party line, Black people, especially young Black males, are still going to be disgruntled, because their mindset is that we live in a fair society where people get a piece of the pie according to their value… and they are valuable… aren’t they?

But if you view value this way, you are in trouble. It is like calling 256 shades of gray black. No, they are distinct colors, and they are different…

So, three levels of value:

On this level, listen up, you are either valuable, or not. Do you hear fixed mindset? You should!

You are either smart or not. You either can or cannot. You will either be rich or poor. The systemic level. Level one.

—Level two: the extrinsic level. On the extrinsic level things have 4-5-6, maybe even 50 characteristics, or shades or gray. A meal is not either good or bad, it may be enjoyable, fantastic, unique, amazing, boring, bland… and you can find a lot of adjectives to add to express the value of a meal.

Same is the situation with the performance of a human… or a machine… or a company.

This is the level where smart work, diligence, attitude, speed, inventiveness, creativity, willingness to take risks, ability to take responsibility come into play. An this level more begets more…

Growth mindset makes you work your hump off in hopes of more return on your efforts. You learn skills, you fill your head with knowledge, so your don’t have to have it in your heel.

Foresight, preparation, seeing the process, big picture, distinctions, principles… all are the dominion of the extrinsic value: the more you give, the more you get… of the right stuff, of course. But that should be self-evident.

Because this is the level where value is defined by the recipient not by the giver.

I have some brilliant acquaintances who think the world of their contribution, but the world frowns upon it. They are poor, and they don’t know why.

A lot of my not so successful and dissatisfied clients are stuck with just that: they feel they provide value, but the value is only value from their own vantage point.

Some soul corrections have more trouble with this than others.

The starting point measurement: to what degree you think of yourself is a good indicator of where you are on this level of value. If you think of yourself more, you are a loser in this level of value. I am talking about where your eyes go… not how you value yourself… i.e. self-image, self-esteem, etc. How much your starting point is you, and your ending point is you.

—The third level of value, the intrinsic value, is like a diamond. There is diamond in the rough… looks like a pebble and it takes work to see it is a diamond. And then there is a diamond with perfect facets, it reflects the world on hundreds of planes… really rare.

Most people are somewhere on this continuum.

According to my muscle test, human DNA has 160 spiritual capacities encoded. A capacity can be allowed or not allowed to operate.

Having a capacity open, a capacity that is not used, is like leaving the basement light on: it uses energy, but it does nothing.

I used to say that your intrinsic value doesn’t change, but I changed my mind.

For example being able to see a value from the vantage point of the receiver is a spiritual capacity. You can approximate it, but unless you have the capacity functually turned on, you are just guessing.

The fixed mindset of Meritocracy 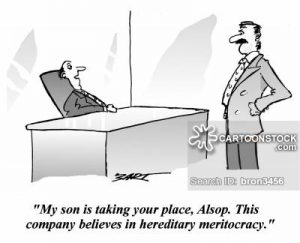 From that vantage point you don’t need tools. You need to be equal… and therefore deserving the same. And therein lies the problem…

If you are of a fixed mindset and therefore you think you deserve as much as the next guy, you have to wake up. Your fixed mindset is putting you to sleep to see only the systemic level of value, and you are likely unhappy, confused, and ready to kill… because it’s not fair!

By the way, I am using Black people because it is easier to see this phenomenon on them. But I do have clients and ex clients who are not Black, not even another minority… so this is not limited to minorities. This is a matter of upbringing… and directly comes from the culture of the parent.

By the way, as a child I was called stupid by my mother. And stupid is an expletive from the fixed mindset… My mother had a fixed mindset. My father, on the other hand, had an extreme case of growth mindset… lol.

It is hard to have two different cultural influences from the two parents… it was hard to survive… but in the end I came out of it with 90% growth mindset.

Maybe I should include this measurement in my starting point measurements from now on?

What do you think? Please let me know.