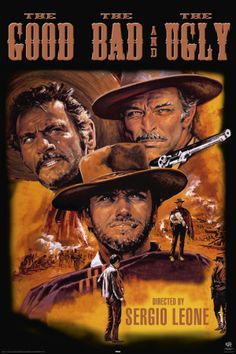 I know the word sharing gets thrown around in these emails quite a bit. Sometimes we become numb to the word. To get back to basics,

sharing means giving something of ourselves.

In Landmark they mean ‘Bring more chumps like you so that Landmark can become a World Class Organization, here to stay.‘ They mean: do our selling for us. No please, no anything… Maybe they don’t, but that is how it lands for people. It didn’t land that way for me…

Now, I didn’t stay in Landmark for 26 years because it didn’t work for me. It did. And when I look back…

the part that worked best for me was sharing.

After I did the first Landmark course, back in 1985, (it was called Werner Erhard and Associates then, WE&A for short) I was stunned at the new way people related to me. I used to be very unpopular, and that changed then, temporarily. I was loving it. As new as it was, I enjoyed people’s attention, interest, I enjoyed that they wanted to know what happened to me, or what I was thinking.

Previously I would push it to them. My thoughts, my opinions, you know the usual know-it-all stuff.

So I was more than happy to tell people about my experiences, and they would flock to Landmark. (WE&A)

That was both frightening and exhilarating.

The technology I used is very similar to Kabbalah: I was sharing MYSELF, the good, the bad, and the ugly, with a commitment to become the best I can be.

I cried a lot. I turned people off a lot. As it was, I gave a lot and received, from the same people, or people in general, very little. But I got a lot of light. From the 99%, for my efforts.

In the 26 years I worked off almost half of my negativity. That was a lot, if you are wondering.

Then there were the relapses. Like a week or so ago.

I was in a seminar, online, and I publicly humiliated two other participants, by publicly telling my observations about them. My observations weren’t flattering. They were harsh, and condescending. I, according to Kabbalah, was shedding blood, like a murderer.

I needed to take a deep look into myself, with the help of a friend, and found that the behavior comes from entitlement.

As a child I was abused. I decided that therefore I am entitled to abuse others, the way I was abused. The decision of a 3-year old. Self centered, uncaring, and plain wrong. (see another of my posts about this)

That relapse is now giving me a chance to transform that behavior and that thinking. The amount of light that has already come out of that incident is amazing. Finally, after 7 businesses that failed in the past six months, it seems that the 8th is going in the right direction, I have made some sales… amazing.

The only thing I need to do to continue is find some other dark spots in my universe that need the light of day… (sharing) so that I can draw more light.

I have found, by the way, the next one. As tough and as painful as the previous one.

It’s about ‘fake’ generosity… I’ll talk about it in another post… this one is getting too long. 🙂