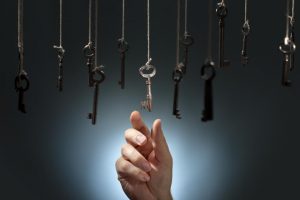 Since the last article, I’ve kept on poking at simplicity… and the idea of decision making came up… fast and furious. I didn’t expect it.

Like everything else, this rabbit hole is a mile deep, but I can see that the benefits of seeing what’s there are priceless… People who make fast and good decisions, go further in life.

Our simplistic, skating on the surface approach to everything is of course what is keeping us stuck in hovering above being a human animal… but not moving on from there.

My Sunday call was again very useful in this… bringing the seemingly disparate, unrelated, large number of components that could gel into a coherent picture… why we don’t have simplicity, why we have disorder and clutter instead. 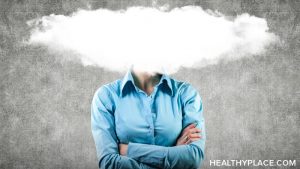 I am indecisive… in important things and in small things as well. I can make a quick buying decision, but that’s the only place I am decisive.

Doing things to avoid making a decision. I just sat through a 2-hour webinar that made my head hurt: the developers of a software are including everything that anyone can wish for… instead of creating simplicity and elegance… something i would buy, but I see that if I bought the cumbersome version, I would never have the time to master it.

OK, back to myself: I have three ways to make decisions:

I have a hunch that I am not alone with this tendency to avoid making decisions: the number of people I have met who, after having made a decision to retire, leave, quit, divorce, now artificially sustain the decision making emotion…. showing that they never actually made the decision: it was the emotion that did it.

Divorce, retirement, changing jobs… all fueled by and then justified forever by ugly emotions, finger pointing, and acting like a victim.

No one says: I left because I decided to leave… no, that is not justifiable… there has to be more… for it to be politically correct

But in essence this shows that people are unable or afraid to make decisions.

Why? Does it matter? Because responsibility is one of the highest spiritual capacities, leading to a successful life… A threshold capacity.

It is useful to learn ways of decision making, making decisions that we can be happy with.

Some, like myself, can’t decide what to eat, so I leave myself no choice… I eat what I have. Going out? No way!

The key element, the key capacity is responsibility.

Now, let me introduce another distinction here… Choice and the cost of it.

Choices, choice making is expensive for the human brain. It is wired and operates with finite resources, and regardless of the size of the choice, each choice you make or attempt to make uses up some of your allotment for the day.

Maybe one of the reasons a warrior who practiced one move for 10,000 times is more dangerous, because he didn’t spend all his choice making chemicals on the choice: what move to do next?

So he had all their energy invested into doing that one thing well… Bruce Lee said that one move practice 10,000 times made him fiercely dangerous.

One move instead of trying to do everything.

Most people invest their energies in minutia: what to wear, what cologne to use, what to have for breakfast, what supplements to take, which route to take to work… and on and on.

By noon they have nothing left.

Scattered is another name for disorder, the enemy of simplicity.

The emails, the ads, the gossip jerk their attention hither and tither, and they become zombies chasing mirages.

The 67 steps is one of those jerky programs people need to contend with and find a way to not be jerked, not become scattered, not become zombies chasing mirages.

Here is an analogy: For most people the 67 steps starts somewhere on the coast of the Mediterranean sea, maybe in Morocco, or Alger… And then comes the 18 months trek through the Sahara… to the South side where they can reach the good life.

The trek through the Sahara is what you can call simplification: dropping all the unnecessary, unproductive habits, thought forms, beliefs, attitudes, that got you on that remote shore up north by the sea. 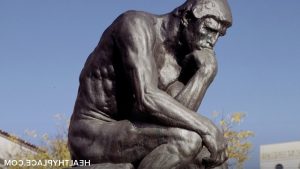 The job is to develop capacities, habits, thought forms, beliefs, attitudes that are productive. That will get you to the good life.

The successful students tame their attention through merciless repetitions of activity that requires unwavering attention: reading, listening, and acting from a principle. Changing on a dime. Changing the context.

Without those, no matter how many times you go around the spiral of the 67 steps, nothing will change, because who you are hasn’t changed. What changes you is the dropping of the stuff that is unproductive.

OK, back to indecisiveness… what can I do, what could I do, to make decision making faster, and to make my decisions my decisions, not my emotions, or reasons?

The place where I need to make more decisions is decluttering my house.

I have found that I have tons of valuable stuff… and the choice seems to be to keep it or to sell it.

I need to use a different calculation… and of course, we are back to Making decisions with a calculator, aren’t we? The exercise no one wants to do? lol.

The winner is choice #2, hands down. The least amount of time both in cost and time.

I will start putting the books, programs, dvd’s, cd’s out every week, starting tomorrow. Set up a table with a batch of books… I hope it is not illegal.