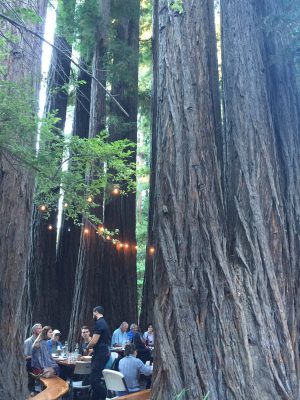 I originally wrote this article in 2017. Not much has changed since then, but I had new insights. So instead of writing a new article, I am updating this one.

I have recently saw that your self-concern that keeps you tethered to, keeps you anchored to your doom is the result of a decision you made when you were around three years old, and at the low emotional intelligence level of a three-year old, the age of the tantrums.

And you never managed to grow up your emotional maturity… unless, by some luck you had unusually intelligent parents, you went to therapy, you participated in some good program.

And by now, being an adult at least by your years, you now insist that you were right, that they did THAT to you, and now you protect yourself from the same… aka self-concern.

If you find yourself upset by what other people say, or what you hear they say, their behavior, how the world is, anything, chances are the problem is with you. Namely problem with your ability to consider that what they say says more about them than what they seem to say about you.

If you think of yourself all the time, if you think things are personal, then you haven’t become an adult emotionally.

Your life is self-righteous suffering, and you are quite insufferable to have around.

One great way to test and then increase emotional intelligence is to brainstorm.

With other people. On someone else’s issue. Use your considerable intelligence to throw out ideas without much worrying about being stupid, or smart.

Even expressing an opinion out loud about another’s behavior, when I ask you in a class… even that will increase your emotional intelligence.

If you have invested your ‘I’ in being thought of in a particular way: you won’t do it…

Obviously some or all of your ideas will be rejected. That is not the important part. What is important is that you break out of your own concerns about yourself…

But if your self-concern is to be right all the time, to not have to deal with anything unpleasant, to look good, to dominate, to be smart and special, then this is a serious training for you, because you’ll be wrong, and look bad, etc.

I listened to a step in the 67 steps, the principle was: Begin with the end in mind… or said in another way: Win wars, not battles.

One of the things Tai uses to illustrate this principle is your income. If you are short by a thousand dollars every month, and your end goal is to raise yourself out of scarcity, you need to look at what is the end goal: an extra thousand dollars a month, or broken down to days, and extra 33 dollars income a day.

Overwhelm is an emotional intelligence issue

Instead of fretting, justifying, worrying, crying, complaining, etc. you state the goal and ask a question: how can I make, reliably, $33 a day, every day. Seven days a week. Extra. Beyond what I am making now.

Now, if I asked you to think this through for yourself, depending on your emotional intelligence, you would probably get stuck, etc.

But I ask you to brainstorm with me. For me.

We can do it in writing, we can do it on a webinar. If you were me, what would you do that makes an extra one thousand dollars a month… say, building up to it, by the end of the next month?

If I offered you a place where you can get support in doing the work of increasing your emotional intelligence… we would find out an awful lot about you, wouldn’t we?

Your reaction to the offer would test your emotional intelligence

Your behavior would show where it is… your emotional intelligence.

In the ‘seasons’ step 25 of the 67 steps Tai talks about the anthropomorphic view of the universe, the earth-centered view of the cosmos… and similarly the egocentric view of the world…

Egocentric way of looking at life shows low of emotional intelligence. You are not the center of the universe. It is not all about you.

Your map of reality, what you consider true is not reality. The further your map is from what is true, aka reality, the less EMOTIONALLY intelligent you are.

The bigger the distance between your map of reality and reality the more wretched you are.

You probably think that it is not fair, that you deserve more.

But you don’t deserve more. You deserve what you are getting… Because reality is merciless.

For many of you, you blame the cruel world, the cruelty of other people, you say they are bad people.

But you never consider changing your ways. Finding out how things are and adjust your steps to it.

No, that would take a little bit of intelligence… I am sarcastic, and I apologize for it.

But come on… snap out of it!

PS: Afterthought: after I pushed ‘publish’ I realized that many of you may consider that I am condescending in this article. Not really, although that would be normal with my soul correction.

No, the truth is that my overall intelligence number (my measurement!) is 70 (in 2017. By now I managed to push it up to 100 in 2022). The maximum would be 100… so I struggle with the same issues you struggle with, but I am a tad further along in this fight to become all I can be.

So no, I instead have a mixture of compassion and distaste… what did you expect? That I am going to stand here and cheer you on? There are plenty of people who do that… and the result: you don’t change. So, no thank you, that is inauthentic for me.