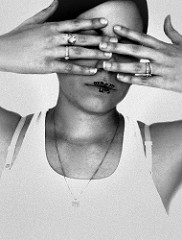 Regrets, I’ve had a few … .How many of us are stuck in ruts because we cling to past slights, traumas, missed opportunities, and betrayals? The best way to let go and move forward is to acknowledge and accept those negative things you did (or had done to you) as steps on the path that brought you to where you need to be today.

Today, recall the pain of your past. Allow yourself to get to the point where you can accept that they were blessings; the perfect things that helped you build a new you. If you can release your grip on the anger, sadness, and regret, then it will be easier to spot the Light in the darkness. (quoted from daily kabbalah tuneup)

Interesting that this would come up just now.

I am working with a client/friend, let’s call her DD. She has been doing great. She has gotten in touch with the light in herself and her power to choose.

She is severely overweight and it’s effecting her overall health, but effects more than anything, her self image.

This past week she has gotten hungry twice while she was doing errands, and she didn’t give in to the temptation to get a quick supersized meal at the many fast food places on her way… instead she drove home and ate what she had planned to eat that day. Major victory.

The effect on her self esteem, self image was dramatic. She suddenly could see the light at the end of the tunnel, both in regards to regaining her health, and in regards to making a living, being a good parent, loving herself.

Her capacity to face what she didn’t like about herself increased to a point where accepting those as facts, and taking responsibility for them became a real possibility. … and you know that until you can accept something about yourself or about life, or about another, there is no chance to change it. It just won’t change, unless it has permission to be exactly how it is. (or how it isn’t…)

Until yesterday she was moving on the path. Yesterday her daughter yelled at her and told her that she’d rather live anywhere than with her, even foster parents would be better than her. That she learned to be bad from DD.

I asked DD how she took that, and she, in a very quiet little voice said that she could see her point and that she was a bad parent. But you could hear, this crushed her. It put her back to where she had no future. Where she was incorrigible, bad, worthless, and undeserving of love or care from anyone, especially not from herself.

Which takes me to my point. When you get better, when you put yourself on the path to become who you were meant to be (not that puny little thing that can only complain, and regret, and resent) Satan will “hire” your best friend, your spouse, your children, the radio (!) to take you off the path. And Satan’s method is to make you react.

Without my assistance, DD would have slipped back to where she was 10 days ago and hang out there maybe forever. In a complete sense of worthlessness. Not worthy enough to be taken care of, be fed good food in normal quantities.

From her tone of voice I actually deduce that she had already violated her new “order” and had indulged. I’ll ask her next time we talk.

When you react you can’t look. When you look you won’t react.

Reaction, physiologically, expresses itself in a tightening, in a closing down, in a blockage. The light can’t get in.

When you can force yourself to look, you open yourself up, and the Light can come in and support you to look and accept and forgive and change, if necessary.

Two steps forward, one step back… that is how everyone grows. Don’t worry, I’ll help DD back on the path in no time. As soon as she can accept that this little backslide is normal… Got it?