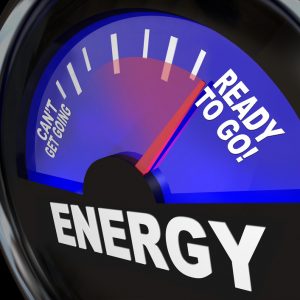 I spent yesterday reading the novel the 1997 Dutch film (Character) was based upon. Of course they changed a few things, and the film left me in deep quandary. The title didn’t make sense. The whole dynamic didn’t make sense. So I read the book.

Most movies’ ending is clear… this is probably only the second movie that left me with questions: WTF just happened? The other movie is the 2002 Chinese movie “Together”.

Anyway, I read the Character book. It was written in 1938.

I did learn what the title was about. And I learned a lot more.

At this point in time, at this point of human evolution, only one percent of humanity has what it takes to become a Man (human being).

That sounds grim, and it is.

The reason this is so happened gradually.

There are two energies that can motivate a person to become more, better, different.

One of these is desire… and we know this all too well… desire is what makes you miserable. Because desire is aimed at having… and is mostly unconcerned with ability, doing, work, effort… in fact, it is bordering on magical thinking. Napoleon Hill and his cronies have done a lot to dupe you into putting desire on a pedestal.

Nothing is enough when it comes to desire.

Desire is ALWAYS desire to receive for the self alone… Desire is always an unwillingness to do, it has some energy, but the energy of greed… 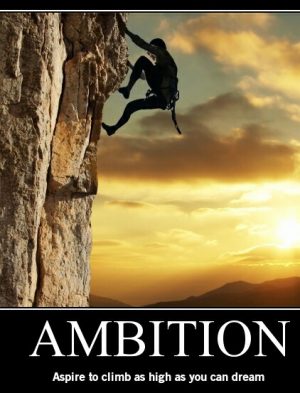 Whereas ambition is the becoming. Focuses on the doing.

Ambition does best with “Remembering the Future”… looking from the accomplishment that is certain, because it is entirely up to you, and looking and advising your current self as to what to do, what to choose, who to be.

I just finished listening to a step in the 67 steps by Tai Lopez. I was walking as usual, and had time to muscle test him for Ambition and Desire.

Tai’s ambition is 10%. The bare minimum to be accepted into my coaching program. He obviously cannot see above the level where he is at… 170 on the vibrational scale.

His desire is 70%. He wants stuff, and is willing to do things for that. Doing, in order to. Not doing to grow.

That is how you know what business you are in: the Dark Side or the Light.

He is serving the Dark Side.

He is there, with you. And you’ll love a lot what he says… because YOU HEAR WHAT YOU ARE.

Ambition is pure Source energy, Life Force. Motivation has a why, a reason, it is an in-order-to energy, coming from Scarcity and Desire.

OK, more on Ambition… why do some people have it, others don’t? Even if they are from the same family?

This has a lot to do with your upbringing. 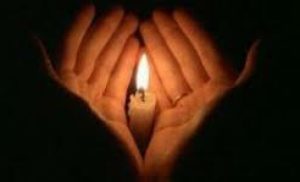 Modern, socially accepted and condoned way to bring up a child is to do a lot for them.

In my humble and firm opinion: this is the path to create the children to have a TLB 1 and no ambition. Maybe a lot of desire… but no ambition, no energy, no desire to become someone, no energy to inject.

Why? As Kabbalah says, energy gets created when there is resistance. The more resistance a filament in the light bulb sets up, the brighter the bulb shines.

In a socially desirable family, the oldest and the youngest get a lot of attention. The sandwich gets none of that. They will be experiencing the insight that nothing is due to them. And everything they want they need to earn it.

I am a sandwich. And I got no support from my parents, or my siblings. I was on my own, and I had only two ways: one was the mental institution, another growth.

I was a lot like Jacob in the Dutch book… once I got that I can go up, I chose that, and found it a good match to living a life with no support, living a live with meaning, living a life befitting a human being.

I don’t do anything in-order-to (prostitution!). I don’t much care about having. I am desire free… the level of my desire is 10%. Whereas my ambition is 70%. The opposite of Tai Lopez numbers.

I am often paid to advise people on hiring, partnerships, even friendships.

Suddenly I have something to measure.

Do you need to become someone with ambition to be a good match for a job? No. Unless the job, the company needs you to have ambition. Or prefers that you have ambition. Most companies, just like the whole society, prefer that you DON’T have ambition. Ambition feels like a threat… it challenges the status quo… and low level of existence where most people, most companies operate.

The question is spelled out best in the step, in the 67 steps, in how to pick a trench mate?

If you could be honest for a second, and looked in the mirror and asked an intelligent question:

Would I like to have the person in the mirror as a trench mate? Most of you would say “no”, “no way!”

And when you do that exercise, make sure that you awaken some ambition… to become the kind of person you would say “yes” to.

As I said in my other article on ambition, the first step is always making a pact, a unification, between the two yous… the puny you, and the higher you. The two selves. 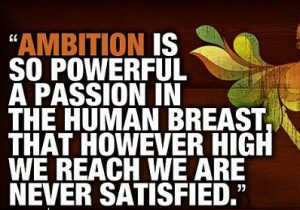 Without that there will be no energy to inject to growth… all energy will be dissipated fighting between the selves, and escaping life. Escaping reality.

The Unconditional Love Activator can do it, I can do through personally injecting the energy of Unification to you, sorry no audio for this one, and you, by setting your sights on a future of you being someone you can like, accept, respect, an Expanding Human Being.

How you word it is really up to you. But it has to be precise… vague futures create vague actions… no results.

The reason I like T. Harv Eker is because he says: I needed to become someone who can generate and have millions of dollars. His level of ambition is 40%. His level of desire is 20%.

While Tai… hm, I definitely know he doesn’t even know, doesn’t think  about becoming. But what does he say?

Now, to answer the question in the title: who does it serve that you are hellbent on having, wanting, desire, and maybe willing to do some stuff in order to have what you want?

That you (and Tai, for example) don’t even consider becoming…

Who does it serve that you have no energy, no ambition, but have desire?

My simple answer is: “civilization”… I have read the whole book of Freud on Civilization and its Discontents, not just the 3-4 pages Tai loves so much.

Horrible, disheartening read. Gives a look under the sheet… I was contemplating getting off this planet after I read it.

The chicken coop. The bucket full of crabs 1

“They” don’t want you to become. You can use THAT as the resistance you need to generate enough energy so you can become… or not. It is entirely up to you.

Most of you will have some desire and no Ambition…

You want me to test it for you? It is included in the Starting Point measurements.