The invisible undercurrent, undertow of self-made rules… Or if you prefer, the invisible strings that move the puppet…

What they talk about when they say “there are known knowns… etc.”

Reports that say that something hasn’t happened are always interesting to me, because as we know, there are known knowns; there are things we know we know. We also know there are known unknowns; that is to say we know there are some things we do not know. But there are also unknown unknowns – the ones we don’t know we don’t know. And if one looks throughout the history of our country and other free countries, it is the latter category that tend to be the difficult ones.

He definitely said that differently than how we mean it, and yet it is worded in a way that makes sense to most people, so I am quoting him.

So what unknown unknowns are we talking about?

Both world views said: there is an edge from which you can fall into the void.

So unless you stayed away from the edge… you risked falling into the abyss.

Hear the rule? Unless you do this… you will get that.

There are a few rules that we have unearthed that we can track the formulation of the rule. this is one…

If this then that…

The important thing is to get the formula.

And then find the individual application.

For example: if I am not independent then I am going to be abused, or let down, or left in a lurch, or taken advantage of… lots of bad consequences… 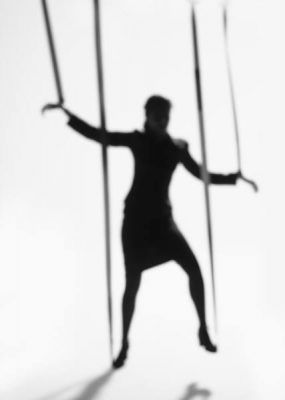 Some of my students have:

Most or maybe even all of these rules were invented in childhood, in response to some adversity, trauma, parent’s treatment of you, etc.

One of these rules is so strong, it is an anchor. To misery. It can be pulled like an attachment.

I pulled mine… and it seems to be completely gone, I can’t even remember what it was, but I have changed.

So ferreting out these rules, one by one, and devising ways to neutralize them, through words, is your number one job if you want to grow.

Why use words to neutralize the rules? Because you created the rules with words… so words are the most useful and effective weapons against it.

They say: don’t bring a knife to a gun fight!

In the 67 step coaching, you have triggers, insights, and the opportunity to work with me to get them into the open and neutralize them. It takes time, but it is worth it.

My father was a holocaust survivor. His most important attitude was: when confronted, move sideways. 1

Now, if you read carefully… the author is suggesting another rule, a different rule.

Every and any rule is a restriction.

Sometimes cracking someone across the face is what you should do. Other times turn the other cheek. And yet other times: walk away, but stay alert…

The horizontal plane is full of rules, the vertical has NO RULES.

The vertical is so unpopulated because it has no certainty other than what you are willing to bring to it.

I am certain because… belongs to the horizontal plane.

I have “certainty for no reason” is an attitude of someone living in the vertical plane. Nothing is “because”… everything is “be cause”. Be cause of your own attitude. Don’t get triggered, don’t divert responsibility.

My father who survived and thrived, said something to me: don’t resist. You’ll get free that much faster.

He was actually teaching me half of Aikido… I learned the second half much much later.

Had he warned me that I also need to let go of hate and contemplating vengeance, I probably would have become happy a lot sooner.

I catch it, and let it go, but even that minute while that rule is active, I am miserable. Luckily it is just a minute, but it is not gone. Yet.

I seem to have a rule that if something seemingly bad happens, it means that it is the worst… the end of life as I know it.

Now, what keeps these rules stay in place? You acting on them.

I had this three bad things in a day happen to me recently. I did not act on any of it. It was hard. I was afraid. but I just kept telling myself: maybe… maybe not. It ain’t necessarily so. There is no hurry on the creative plane.

All three bad things disappeared without a trace.

I am thinking of doing workshops to reveal these invisible to us rules… and help you create strategies against them using your life. If you think it would be useful to you, please let me know.

2 thoughts on “The invisible undercurrent that is running your life, unbeknown to you.”