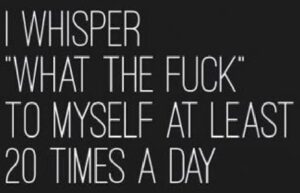 A disproportionately large percentage of “knowledge” available on the internet is false.

So given the amount of crap, it is you who needs to be a “truth seeker”.

Not “The Truth” but truth…

I have said that awareness is the key to success… but let me go further.

If you look at something but you misjudge it, that is not awareness. 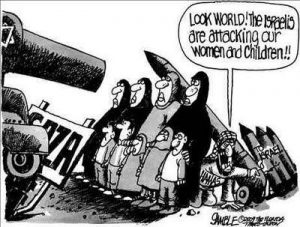 Contradictions do not exist. Whenever you think that you are facing a contradiction, check your premises. You will find that one of them is wrong.

One of the expressions I’ve learned from Atlas Shrugged is “Contradictions do not exist. Whenever you think that you are facing a contradiction, check your premises. You will find that one of them is wrong.”

“Check your premises” is an injunction that runs as a subtheme through Ayn Rand’s novel Atlas Shrugged , and it is a phrase that seems to be growing more pertinent every day. The meaning of the phrase is this: If you seem to be confronting a contradiction, then at least one of your relevant beliefs is false.

This is one of the most useful expressions.

You make decisions based on false premises.

In business, in health, in money, in relationships, in fulfillment.

And false premises abound. This is the basis of the Anna Karenina Principle as well. All those unhappy families make decisions based on false premises. 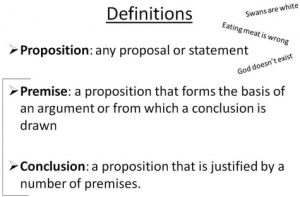 Your accurate worldview number should clue you in that the most important thing you can do to change your life to a happier, more successful life is to slowly but surely replace false premises with true, accurate premises.

One of the richest, most successful men, Sam Walton of Walmart fame, was famous of standing on one leg (figuratively) until his premise was checked.

It is not always easy to know what is accurate and what isn’t. So Sam Walton was, wisely, an experimenter and a seeker of truth.

And so are the other really successful men, Bill Gates, Warren Buffet, Charlie Munger, Jeff Bezos.

But you… you are sure that your premises are accurate.

Being sure is the hallmark of unsuccessful people.

I have started to mentor someone in marketing.

My mentee (the person I mentor) has a tendency to get fixated. Make a decisions and stop looking.

I have written about Charlie, one-time friend of mine, who never looked again when he made a turn. We never had an accident, but close calls: all the time. 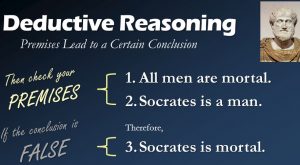 I know, it is hard. But it is mandatory… if you want to be successful.

I have had this Trace Mineral product in my drawer for a few years.

It says it is homeopathic formula.

There are no minerals, not even traces of minerals (pun intended!) in the liquid.

It says: it has the energy of the trace minerals.

It is a best-seller, or at least it was when I bought it.

What is the premise? That we are vibrational beings, and therefore the vibration of a mineral does the same thing (or better) as the mineral itself.

Of course it is b.s.

Try that with food… Take homeopathic food products. We shall see how well you’ll do.

I coach people through the audios of the 67 steps, because it does a 360 degree trip based on principles. It is an excellent starting point. 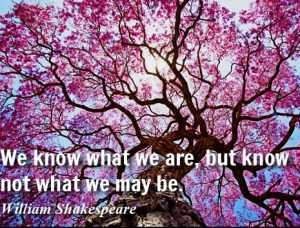 But, of course, Tai Lopez’s accuracy in his premises is low. His mentors’ and the authorities he quotes are a little better, 30% accurate. Some a lot more… some a lot less.

This is why I recommend that you have a coach while you are going through the principles and attempt to replace faulty premises with accurate ones. I am a good person for that.

But you could start getting the hang of it without me.

I found a pirated version of the 67 steps yesterday. I don’t know how long it will be available… it is illegal, of course. OK… it’s gone…

So if you want it, go and get it, while it is available.

Now, your feelings. You feel something and you jump…. But…

As I have said: all emotions are Marker Feelings. They are attached to words. Your premises are beliefs, all words. And these words create emotions…

All your emotions come from your premises… most of those are false. For some of you, as many as 94% if your emotions are based on wrong premises… which means you are trying to get successful with as little as 6% accuracy. It is not going to happen. I am very sorry.