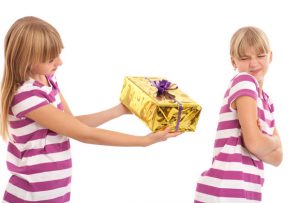 It’s my birthday today, and I guess, I should be doing something other than work… but I love working, so I am going to do as much of it today as i can.

What is great about having all this Social Media is that people are reminded that I have a birthday, so people come out of the woodwork.

But people do it in their inimitable way.

Some act as if they were the one stirring the soup of the Universe, and therefore had the right to tell me how to be, who to be… I have removed them from my mailing list. Unless I hired you to be my coach, your coaching is not welcome.

Yet others, who are stingy… your stinginess is expressed in everything you do and say. Especially in the “you are welcome” part… That “you are welcome” shows that they think more than 90% of the time about themselves… and nothing else.

Yet others, clearly not fans, not students… equals in everything… their birthday greeting is as if I were someone from their street they have to wish happy birthday to.

And some make me cry and fancy myself not having wasted my life… thank you for that.

The ones who appreciate what they got, from me, and who I am for them is that person who gave them what they needed the most. They have room in their thoughts for more than just themselves.

On my birthday I now have a opportunity to see why some benefit from what I teach and most don’t.

Here is an email I got this morning.

Read it… and see what some make of my teaching, and what they are getting:

How are you celebrating today?

I am celebrating today with small steps and being productive, with putting what you’ve sown into my life to work. Lol, I aim at that daily, so no exception today!

I have been taking the slowing down to heart, to catch myself when I turn to hurry, to be with what I do and to finish it. It has been a surprising remedy! I have found “boring” tasks to become relaxing. I feel so much less need and want to take a “break” – whatever I assumed that to be? Too many “breaks” actually break the flow and cause disruption and incoherence. I am starting to get a new taste of “balance”. When I slow down, I get hunches – what to do, how to do it. Like cleaning out a drawer while I’m “waiting” for a pot to come to a rolling boil or so. Slow and steady.

It has even helped me with the flu, to keep moving, and to keep slowing it down instead of slumping and dumping.

A pile of “small things” on the household list that had been long overdue has been accomplished and I have been puttering around with new projects and experiments, allowing all of it to come together.

Yes, I’ve been tired, I still am dealing with remnants of the flu and IT whining for instant gratification and desire, and I’ve kept moving and working and doing and going on walks and hikes.

You once said it’s a blessing I found you – and now, a few months later, I agree even more.

You challenge me into growth, you give me “allowance” to run with what you offer to me, to learn to pace myself, to listen and discern, to dare to fmuck things up and get back up and learn from it. And you inspire me. In a stirring way that evokes hunches to follow up on.

Daily, I feel stupid and ugly and embarrassed and like a fraud and I keep looking at IT, so more of IT can fall away.

Thank you for being my teacher – and my friend! There are only a very few rare I allow that close. And lol, it keeps freaking me out in a very good way!

It is really not what someone gives you: it is what you receive. And then what you do with it.

It’s, on one hand, your attitude about yourself, your level of humility.

The more you think of yourself, the less you are able to receive something. Your cup if full. With yourself. So not much of what someone is trying to pour into your cup will be part of your cup.

The person who wrote the quoted letter above, thinks of herself 10% of the time. I can try to fill up her cup, and I may not even have enough to give to fill it up. And then, with her cup now full, she creates unimaginable miracles, unimaginable for you, who think of yourself all the time.

Why do you think of yourself all the time? I think it is survival based. Self-protection, protecting your self-value… because if you were confronted, if you allowed yourself to be confronted by seeing how much you don’t know, and how much what you know you know wrongly, incompletely, mindlessly, undigestedly, you fear that you would not be able to deal with it.

Which, surprising or not, boils down to your ability to face facts in the face, objective reality, that is.

To look at yourself and see what you are worth, what you have earned, and cringe.

Your TLB, the Twitchy Little Bastard score tells me to what degree you are able to confront reality, without trying to hide again, or pretend that it is not true.

Sometimes your TLB is higher… for example, if you raise your cell hydration with the water made coherent with the Water Energizer… your TLB can go higher. Physically, at lest, you are not in survival.

I am re-reading that horribly unreadable book that talks about Self as the source of authenticity and independence, by a guy Deci something or other. (Edward Deci… Why We Do What We Do)

But most people don’t have a Self.

They have a self… put together from their effort to conform to the world as they see it, to please everyone, and to survive.

Extrinsic: self
Intrinsic: Self

It takes courage, and it takes generating to be a Self, and thus be a person, be an individual, with authenticity.

One of the things I noticed that people who learned music experienced.

If you learned to play the piano, you found that all the notes are there, the only thing that is up to you is the order in which they come, the rhythm and the strength… 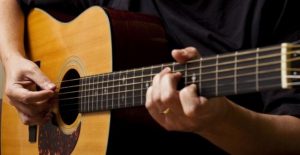 If you learned to play the guitar, you found that the guitar will only give you six sounds without much work, the rest is really up to you to get out of the instrument.

And if you learned to play the violin, then your hands are full… and no music happens until you get to mastery. 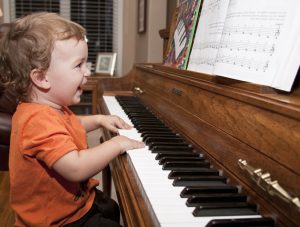 I wanted to play the piano, but we didn’t have money for a piano. So I got a violin. I was seven years old. Smallest in my class, even though i was oldest.

I went to my violin lessons dutifully… and without my father’s intervention six years later, I would have never become the person I am today. Because what came out of my fingers was not music until I committed to mastery. That process awakened the Self. I suddenly knew who I was and what I could do.

I was in awe with my power to create music, to create with anything I am willing to master.

With the guitar I became the third best in the whole country.

With English: I corresponded with 20 people. I learned twenty new words a day. I talked to myself in English. I had a dictionary glued to my hands… lol.

But, listen up! I repeated that feat with Hebrew, but I never got good in Russian, in Arabic, in German, in Danish. Why? Because your heart is into it, or it isn’t.

Of course it is only a figure of speech… your heart is not into anything, it is your Self.

Certain aspects of architecture still interest me… but most of it didn’t… It took all I got (courage) and an extrinsic force that cut my permission to practice it, to leave it…

Just think of the musical instruments… you can be the child randomly hitting the piano keys, making noise. Playing the same tune over and over again. 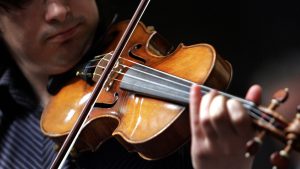 Or you can be the violin virtuoso who squeezes out sounds from the violin others never heard before… and it was your Self and your mastery that did it.

The emails keep coming in, showing what I said above is true. That appreciation, for example, is not available to people who have to think of themselves because they live in survival.

A violinist, a good one at that, said: “With much appreciation for your work.”

One of the hallmarks of people who can’t appreciate is saying “Thank you for your time…” thus reducing me to the level of the lowest, someone who gets paid for their time, not what they do. Not what they know. Not what they contribute.

Why? To keep me under their level… 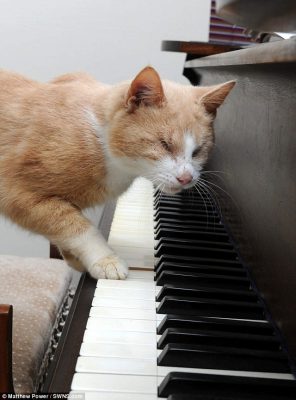 If they allowed me to be above their level, by virtue of this comparison, they would experience a devaluation of their “I”.

And when you don’t have a Self… that is all you have, and “I”… vulnerable to comparison.

PS: A bunch of Ivy League school professors issued a public letter to new students, in which they urge them to think for themselves.

What they don’t know, what they don’t consider is this: to go from unthinking no-self automaton to a thinking individual needs more than commanding it.

The capacities the never got developed or died on the “vine”, self-trust, seeing the big picture, temporality (seeing things on a timeline), seeing the consequences of your choice: cause and effect, loving life, loving your life, don’t just turn on because someone is commanding them.

They are turned on by the person themselves (or kept on when I turn them on) by needing them in their daily activity.

Tai has only five capacities open… courage is not one of them.

How do I know? He never takes a stand on how he sees the world. He tries to please everyone. Coward.

You can learn stuff from people, even if you despise who they are…

Or you can admire and model after people, even if what they know is wrong, or not enough.

I wonder how many people are modeling after Donald Trump…

PS: If you are reading it before September 7: I have a birthday deal for you.