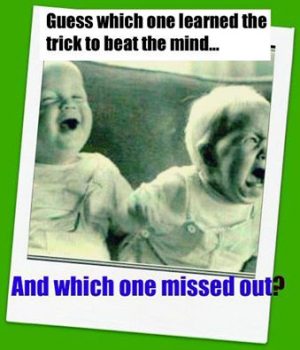 Do you think that the words spoken in your head are your beliefs?

What words? you say.

That “what words?” was two of them. The words are spoken in your head.

There is a whole lot of talking that seems to be going on in your head, and if you think it is you, then they accomplished what they intended: you become a puppet on word-strings.

There is no such thing as a belief, and those words are NOT belief.

Don’t believe me? Just add words consciously, and see how much difference they make… None, that’s how much.

I myself ran long experiments on affirmations, afformations (those are questions) and I can “proudly” report: none of them made any difference. 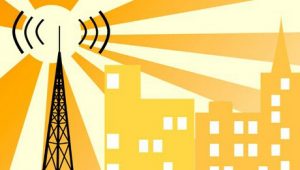 On the other hand, I heard in a course back in the fall of 1991 that there is a broadcast we all hear and we filter out what seems to be relevant to us… so seemingly we all hear a different broadcast.

I started to listen, consciously, curiously, and yet in a detached way, back then. I heard the voice talk about me, about life, about other people, about my chances for success, happiness, and untimely death.

The moment I managed to hear it as radio, I managed to be less effected by it, as long as I listened. The moment I got busy with other things, suddenly the same voices became frighteningly personal.

The broadcast didn’t stop. I never stopped hearing it. It never changed its tune.

I managed to change my relationship to it. And now, while I still take 8% of it personally, especially when there is some upheaval by some change… my life, my inner life isn’t even similar to what it used to be. No misery. None. 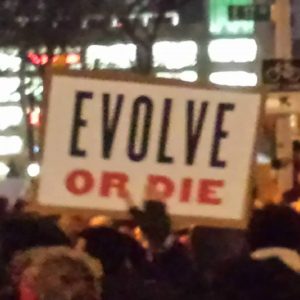 I used to be wretched. And I used to think of myself most of the time.

I have attempted to train people in becoming awake and aware of the broadcast. The training did work for people while the training lasted. But this, hearing the voices as a broadcast, needs to be a lifetime commitment to follow, and you don’t do anything that long… Something is broken in you that you are unable or unwilling to do anything long term.

You seem to forget everything between moving from one topic to another, from one life domain to another.

Many of you never hear, but that is a different problem.

When I measure: how much you think about yourself, I, in essence, say: how much time you listen to the broadcast as your own voice, as the truth, or alternatively argue with the words of the broadcast… that you think is you.

I observed myself last night, reading the Ed Deci book, Why We Do What We do, and noticed at the end of a paragraph that my eyes were reading, by I wasn’t reading.

I was, instead, debating stuff in my head.

Now, that debate had some connection to what I was reading, but that is not the point. I was closed to any new information, any input. It could not have made a difference with me, even if it could have potentially been a life-saver. For me or for you…

I read for you, by the way.

I am more interested in the project: turn around the tide of misery, than in my own money, or my own anything, including health. 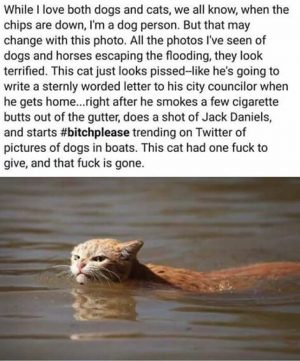 There is the broadcast, and then there is a millions of helpful morons who join in the chorus of the broadcast, make it their agenda to convince you that what you hear is your belief, and you should change it… The list of phD’s, and “experts” and such people is so long… and you know so many… but to my knowledge no one knows and no one teaches from the whole picture…

Bill Harris is just one of them… one of the people who takes advantage of your inability to tell what is you and what isn’t. 4

What triggered this article is Bill Harris’ email that landed in my mail box, a sales letter, pushing his soundless affirmations audio…

He says: this audio puts you in theta brain state, and therefore the affirmations will work. Bah humbug. Even if all the affirmations got absorbed by your mind, it won’t or wouldn’t make any positive difference for you.

Why? Because just like the broadcast, these sentences are lies… 5

I am a success.
I can be, do and have everything I want.

These are two of his 17 silent affirmations.

If your brain is in theta mode, (which you are most of the day, or the broadcast would not wreak havoc with you,) you’ll hear these sentences as part of the broadcast.

You are not a success, or you would not be interested in listening to anything… duh.

And you can’t be, do and have everything you want. You wish. Saying so won’t make it so.

Life is reality, and in reality you get what you work for. Learn for. Invent for. Nothing falls on your lap… You can steal. You can beg. You can mooch, but you won’t enjoy it.

Because your Self only enjoys what it earned.

A ratcheting tool moves its intended target, and then locks in the gain. And next time you use it, it is starting from there, where it left off… unlike you.

The tragedy of Sisyphus, the Greek Mythology figure is your tragedy: he has to start at the bottom of the hill every morning. Because he does NO RATCHETING.

You need to lock in the gain and stop the negative inertia, the rock rolling down the hill.

You cannot go unconscious, and hope to lock in the gain.

You cannot go from working towards and then going into wishing and dreaming… and lock in the gain of the work you’ve done.

I am not saying that you are stupid, because that would be a statement on your capacity. Capacity you have. Habits you don’t. 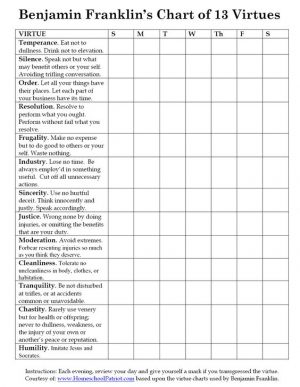 The magical thing about Benjamin Franklin was that he ratcheted. 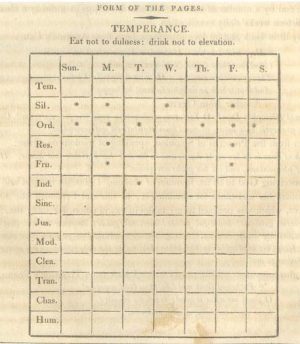 He practiced a different virtue every day, cycled through, in order, 13 virtues, if I remember correctly, and held onto them.

I notice that when I start something new, like now, a project, for example, I have a hard time holding onto, locking in any gains.

It takes a lot of work for me to get anything done, when I am in this upheaval state.

I am not sure about anything, it is chaotic, and I make mistakes. I try to be creative with everything, instead of what I normally do: build, lock in the gain, build some more, lock in the gain.

Most of you have never thought of locking in the gain.

It is actually enough to intend to lock in the gain… you need to know what was the gain… and that is a problem for most of you. You need to train yourself to pay attention, and call a spade a spade, a gain a gain, a success a success.

Instead of saying: I am successful… a blanket statement, instead look what you did well that day, anything that you could lock in the gain, so next day you can ratchet it up.

I remember doing that for the very first time, as a daily habit, when I did the 90 day Wealth Conditioning back in 2003 was it? 6

I listed five successes for the day: I did the dishes, I picked up after myself, I made a phone call… No big successes, big successes are non-existent. Life is made of small successes that were retained so one could build on top of them.

Two days ago I bought a software to make sales videos. It came with templates. I tested it. I made a video. Success. I did not enjoy the process. I did not like the result. I saw the software’s limitations. I decided that it is not useful for me. I asked for a refund. I got it… How many successes do you detect in this paragraph? Please comment!

If I don’t hold onto it, I may tune into the broadcast that say: No matter what I do, I can’t succeed.

Familiar? One of my big awakening moments was when I realized that that sentence “No matter what I do…” is a lie. It always comes when I did just a little, or nothing…

And this is your life in a nutshell.

You don’t do, and then you lie.

You have flash in the pan results, flashes of insights, and then they are gone. Forever. Nothing is held onto.

And then you buy some stupid affirmations cd that says that you are successful and that you can do, have, be anything you want.

Who are you kidding?

Unless you retain, hold onto, ratchet in learnings, behaviors, gains, you are not going anywhere… unless going down is going somewhere.

So, what is the first thing you need to gain territory from the Dark Side (aka society) is learning that the voices in your head are not yours. The practice is called The Amish Horse Training Method.

You’ll never be done with it, but unless you ratchet it up, keep it up, keep building on the insights, you will never go any place… GUARANTEED.

You’ll be wretched, my dear, and that is that. 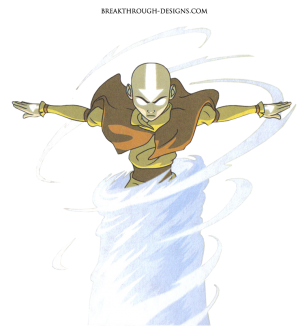 The Harmonize will help. Why? Because the harmonize is an avatar state energy, a vortex, that keeps you and “IT”,  the inside and the outside noticeably apart, so you can see it… and see that listening to the outside is giving yourself away…

Summary: beliefs as important elements of your behavior are a lie, a fraud perpetrated on you. Beliefs are external to who you are… and don’t influence your actions… other than maybe your words, attitude, arrogance, all irrelevant to your happiness, to your success, to your fulfillment.

4 thoughts on “The fraud of promising to change your beliefs”