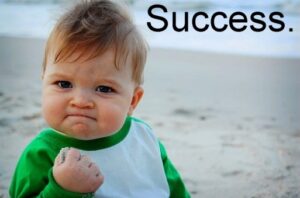 Affirmations don’t work. Context works whether you want it or not. What’s the difference between an invented context and an affirmation?

“I’ve always been famous, it’s just no one knew it yet.” Lady Gaga

The difference is fundamental, and goes to the heart of the “human condition” and the quality of your life.

Whether Lady Gaga has this capacity, or this is just a bon mot… i.e. a clever saying, is immaterial.

Some people’s word matters (creates), and others’ word doesn’t.

Most people use their word to repeat stuff they heard or read. Other times, these same people attempt to describe something that is “out there,” a few of these people maybe even try to describe what’s “out there” “accurately.”

Now, whether there is an objective reality or not, that is not the topic of this article. Really… I am not going to start to argue that “it’s all maya” and other inane generalities that no one understands, including the people that keep on repeating it.

No, instead I am going to teach you something, or die doing so (lol) that may change your world view if you can get it. I didn’t mean “understand it”… I meant get it… just like you get a piece of chocolate I give you. Then you have a choice to eat it or not… but you had it, at least for a moment. Understanding doesn’t give you the “chocolate”… so you didn’t get it.

Many (too many) people believe in affirmations. But affirmations don’t work if you are the kind of person in the habit of using your words to describe what’s out-there. If you say an affirmation with that mindset, you are repeating a lie, and your inner mechanism will start to make you hate yourself: it is not a good thing to be a liar.

But you can use your words as a tool of creation if you have the power to declare.

If… I said. What does it depend on? First off: your vibration. Unless your vibration is high enough, you are, so it seems, unable to declare and mean it.

A disbarred priest can’t declare you husband and wife… only someone who has the power to declare you so… and although marriage is a phenomenon created in language, people honor it as reality… and by this honoring it becomes real.

A human being, a human being living a human life has the power to declare, but it’s beaten out of him… by parents, by teachers, by bosses, by government.

Raising your vibration is impossible without taking your power back to say: 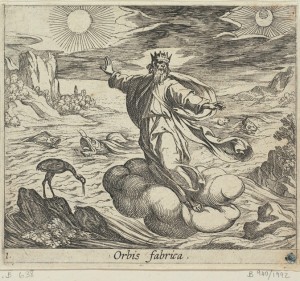 It ain’t nothing till I call it.

You declare and your whole being, all your feelings, all your actions follow suit.

This is what I attempt to teach in the context webinars… I am testing whether normal human beings can learn, whether they can shift their being to a place where their declaration has power.

Declaration is not like inspiration: inspirational workshop have a shelf-life of about an afternoon to 3 days.

They are the most important tool in raising your vibration.

Once you have spent a few months working with the Avatar State Activators, you should be ready for declarations… I did mean working. They are a 50-50 deal: you do 50% of the work, the activator will do the rest.

PS: not many movies show how declaration works… one movie, August Rush, shows it perfectly. I am not saying it is a good movie, but it’s a great example of how to declare, bring certainty and power to it, and see it through till it becomes real in the physical reality.