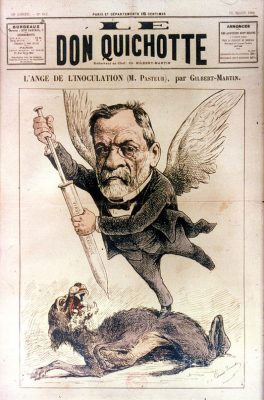 Louis Pasteur was a French scientist, the archetype of the “mad scientist”.

Why am I sharing this with you? Because I turn out to be a mad scientist.

I experiment on myself. Why on myself? Because I can observe myself… and some of my experiments are potentially harmful. I am not as sure of my solution as Pasteur was… 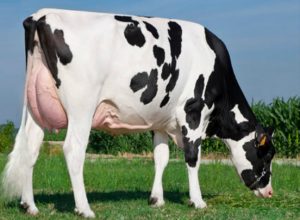 A few years ago I read about why milk is bad for many people… why it’s addictive. The A1 type milk protein tends to turn, in some people, into an opioid (?-casomorphin)… with the same harmful effects as morphin or heroin. Causing temporary psychosis. And addiction, the breaking of which is as devastatingly difficult as breaking heroin addiction.

I recognized myself. I managed to break the addiction. It took me many years. 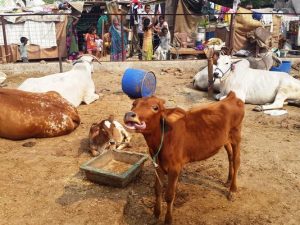 Then I learned something interesting: not all cows have the kind of milk that is addictive. Only the beefy (lol) Holstein type cows, the cows American dairy farms had, Hungarian dairy farms… but Indian cows not only look different, they are different, and their milk is not addictive and it doesn’t cause psychosis.

I have been able to eat Gopi Paneer, an Indian style cheese. But it is actually made of Indian milk… and I can eat it without harmful effects.

But I cannot even eat butter without craving it. So i make ghee… I burn off the milk solids… and use the fat only for cooking.

OK, two days ago I ran out of ghee, so I made another batch… but I wanted to experiment, i wanted to be sure… Anyway, to make a long story short, I didn’t quite burn the milk solids, I ate them. It amounted to about two teaspoonfuls…

The results are in. I have been restless, listless, can’t settle down to do anything even mildly confronting. I behave a lot like a lot of my clients (I am guessing here).

I literally haven’t got anything done for two days… And haven’t slept much.

If I didn’t know that I ingested poison, I would be alarmed by the sudden personality change.

Truth be told, I used to be like this all the time. Tense, restless, listless, with aching muscles from being tight as a drum.

I can only see it in the sudden contrast.

I don’t know how long it will take for the poison to clear from my system, so i can return to normal.

But now I am even more certain that milk is harmful for some of us, and that some milk is not harmful for any of us.

I have heard that in New Zealand most cows are the Indian type… and they tried to export milk to the United States, but people weren’t willing to pay more for that milk.

I didn’t even know about it, but I would do anything to be able to put cream in my coffee again… and be normal.

If you have ever found that maybe you are addicted to milk, that it alters your mood, please let me know, either in a comment, or in an email. sophie@yourvibration.com

As an informal data gathering… Please? thank you.

2 thoughts on “Mad scientist: My experiments with milk”