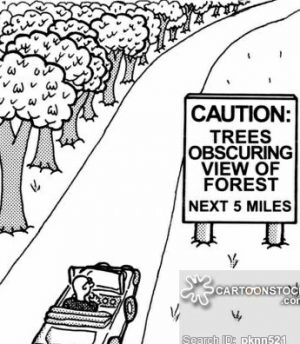 One of the reasons you are not as astute in life is because you can’t see the forest for the trees.

You can see the example, but you cannot see the distinction.

Seeing patterns is a higher function of the brain, and needs to be developed and nurtured. I call this astuteness, or the using the astute capacity.

Everyone’s brain is capable but not everyone is willing. 1

Mathematics and physics was the path you didn’t take… You know who you are.

If you don’t know what this means… it means you haven’t experienced this.

You will either learn or you won’t.

Mathematics is NOT numbers. Being a CPA, for example, doesn’t mean you learned mathematics.

So how does the difference show up for me between someone who can see life through patterns, and someone who tries to see patterns through examples?

In my coaching program I have people with or without the ability. I love them all… and I see the difference. The main difference is how they use guidance. Or said it a different way: how guidance guides them.

One will interact with the “trees” while the other will internalize the forest. 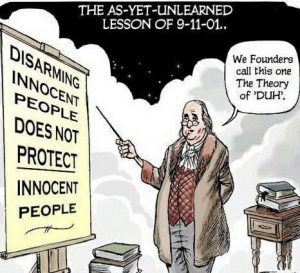 Here, in this article, I’ll show you the different approaches to guidance through using the guidance of integrity.

We all want to have integrity… but depending whether we have the “astute” gene active or not, we’ll have a whole different approach.

Here are two approaches to integrity. The first one is the unpopular “distinction” format, mathematics-like. The second the popular examples… One out of half a million will see value in the first… While almost all humans see value in the second.

OK, here is the distinction (mathematics) “style” approach to integrity:

“Nothing hidden, being truthful and honest, doing complete work, working from an empowering context, and doing very well what you do; doing it as it was meant to be done or better, and without cutting corners.

or an even more mathematical way… incomprehensible for most:

The Impact of Integrity As A Positive Phenomenon

When integrity is revealed and dealt with as a positive phenomenon as it is in our model, the relation between integrity, workability and performance is as follows:

1. Maximum workability for an object, system, person, or other human entity (such as a partnership or corporation) is a necessary (although not sufficient) condition for maximum performance,

2. Integrity as we distinguish and define it (the state of being whole, complete, unbroken, sound, in perfect condition) is a necessary (and sufficient) condition for maximum workability,

3. It follows that for an object, system, person, or other human entity integrity is a necessary (although not sufficient) condition for maximum performance, and

4. It follows that as integrity declines, the opportunity for performance declines.

5. This leads to the empirically refutable proposition that, with other conditions remaining the same, as integrity declines, performance declines. 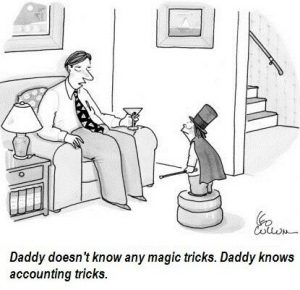 Did you ever expect that declaring yourself unfit to learn mathematics will have this “heavy” consequences for your life? I bet you didn’t, and I bet that no one told you. Not your parents, not your teachers. Why? I bet they didn’t know it.

OK… here are some examples for the trying to see the forest by looking at the trees. The popular way of approaching life… the approach most people use that destroy the planet… and causes untold suffering.

13 Characteristics of People Who Have True Integrity

Please not something really important: none of the below is really true… truth repeated is a lie. All these “characteristics” are memes, rules, Tree of Knowledge, and don’t distinguish integrity.

In fact, examples NEVER distinguish anything.

One of the biggest issues I have found my students have is they try to get a distinction from the examples… and they never do.

I once sat through a whole two hour presentation, where Werner Erhard attempted to distinguish “two” for the class.

There was one dude who got it instantly, he claimed, and I got it later… and that was it. The rest of the class saw ONLY the examples of “two” and never got the distinction…

Duality, binary, oscillating structures are distinctions based on that distinction, the distinction of “two”… and are incredibly relevant if you want to live a good and productive life.

I only have one program that can take you there, the Playground… Will you be in it?

1. They value other people’s time.

They value their own time so they also value the time of other people. They know you have plenty of other places you need to be and won’t hold you up. If you spend time with them, it is likely they will thank you for that as well.

2. They give credit where it is due.

They do not take credit for things they did not do. They will always credit those who deserve it. If you help this person with a project he or she will likely mention your name so you can take credit for your work.

They are their truest forms. You won’t catch them in a lie or being fake.

4. They are always honest.

They are honest people that feel no need to lie as it is important for them to get to where they need to get in life honestly.

5. They never take advantage of others.

They are not the kind of people who will take advantage of someone else. They love to build people up and help them get where they need to be. Taking too much from someone else will never be an issue with someone who has a lot of integrity.

6. They do not argue over disagreements.

They will talk through things in a civil manner or not talk at all. You cannot and will not force this person into arguing over something completely ridiculous. I find this to be a very respectable trait.

7. They give most people the benefit of the doubt.

They try to see the good in everyone. I think this is because they feel like maybe there are more people in this world that also have integrity. That being said, if you take advantage of them too much they will get rid of you.

8. They know when something is bothering someone.

They have a great intuition that lets them know when something is going on. If someone is down in the dumps they will notice. Chances are they will actually do what they can to cheer you up.

They accept your word as truth until it is disproven. That being said, they do not take lying well. And once you lie to them, it is unlikely that they will ever take your word again.

If they have done something wrong they will come to you and apologize. This is just how they are. They own up to their mistake and try to make things right.

They do not quite know their own worth. While they are very important and do so much good they don’t quite see it. You should remind them of it.

They are always helping other people. They love to know that they have improved someone’s life. It gives their lives meaning.

13. They are always kind to those who need it.

Giving kindness can go a long way. When someone looks like they need a little pick me up these people deliver. They can brighten up almost anyone’s day.

If you are someone who has true integrity, thank you for being who you are and thank you for all that you do. You really do actually make a difference in society, please keep up the good work. If you feel no one else is proud of you, know that I am.

Now comes the hard part, but I’d appreciate if you gave it a try: Try to activate the astuteness capacity:

Look to see if these 13 trees will form the integrity forest, or if they are just 13 random trees that can form a group of trees, but have no relationship to the forest…

Now, see if these trees, the 13 ways THEY SAY people with integrity behave CAN OR COULD be part of the integrity forest.

OK, now go and practice the moves of people who can see the forest for the trees. It is a capacity that needs to be nudged awake… You have it, but you have it dormant.