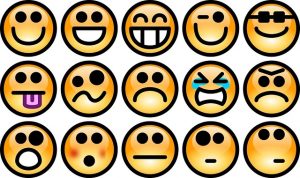 If we didn’t have words, we would have no emotions. All emotions come from words… some are yours, some are not…

The Amish Horse Training Method is to be able to hear all the words that create emotions… and hear them in a way, that gives you a choice to honor them or not, depending of the source of the words, the relevance of the words…

Not surprisingly, for most students the first step towards mastery is mastering their attention. Unless you can control your attention, you are a putz… and are controlled by someone or something, but not you. And for you to be you, you need to call the shot.

The luckier students admit that they have a difficult time sticking with a book… because they can’t pay attention to it, they can’t understand, or they can’t remember what they read. Or the do a narrative, argue with the book, agree, disagree… but have no idea what they actually read. They remember the arguing. 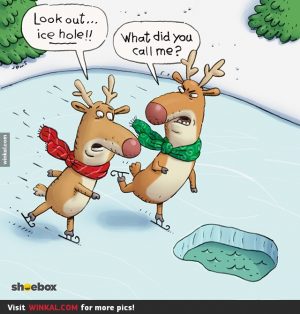 Because learning to read effectively is such a tiny steps method, people who start with that go further faster than people who think they already know. Know how to read… KNOW everything.

The difference is in the level of humility.

You cannot learn anything unless your humility is a high number. Humility is the extent to which you are open to learning anything new. Even if you are not humble in one area, you can be humble in your reading…

This was Joe’s secret… and to tell you the truth, this was my own secret too.

When I first did a Landmark program (it was called wea – Werner Erhard and Associates at the time, 1985) I was clear that I was below zero, I hated my life, I didn’t know how to be OK… that I was either going to rise or sink to the bottom of the sewage.

Understanding was a big issue. I did my first Landmark course in Hebrew. When I understood my first full sentence on day three of the course, I was over the moon. Before that I mostly heard noise…

In the years after that, after every course, after every seminar session I went home and transcribed my notes to typewritten notes… It took me longer to transcribe the notes than the seminar itself was, because what seemed clear in the session wasn’t clear at all when I got home.

For the first 25 years I invested at least 40 hours a week into this task. I didn’t know at the time, but I was going for mastery. Cursory knowledge is very unsatisfying, and I prefer working more, but be complete and thorough.

It is said that mastery comes through the ten dark years, or the 10,000 hours of practice… I am slow. It came to me through 25 years of practice.

But you may do. You may want to enjoy the results sooner rather than later.

I didn’t see “being OK” results (that was my goal, to be OK) other than sporadically for the whole 25 years. But I could see glimpses of it…

Ultimately the path of Landmark proved to be NOT MY PATH… not my path to OK-ness.

I had to create my own path. And once I decided that I can consider myself the authority in my own life, I quickly rose my level of OK-ness, and distinguish a lot of stuff no one sees… even though they are obvious. 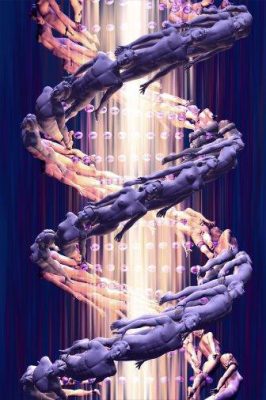 For example the spiritual capacities that are encoded in every human’s DNA… and therefore they can be activated… this is not something that is known.

That certain skills, certain capacities are linchpin skills, linchpin capacities for a person, and without that capacity getting activated, they will just spin their wheels.

The spiritual (intangible) capacity you need to activate will be, probably, the last one you would choose to practice.

The only way to not only accelerate skill building, capacity building, but to make sure you actually are building the right skills and the right capacities, is to be constantly guided by someone who knows.

The price of mastery is being guided, accepting guidance, acting on guidance.

For most of you, this seems impossible for you… you don’t want to be told what to do. And you will NEVER go anywhere, because you limit yourself to what you see… and that is not going to change… or it’s not likely to change.

So you are stuck at a low level of everything… intelligence, vibration, creativity, and life satisfaction. You get what you earned… and this is what you have earned.

Your relationship to guidance

That “no matter what I do” is always a lie. It is the lie to cover up that you didn’t do anything really, or not enough, or not with power.

How do I know how to guide you?

For some of you that is where to start… removing those inauthentic ways.

Each Bach Energy, the energy of a flower that represent that inauthentic way of being, that pretense, that particular quirk in your personality, also teaches you, by contrast, how to be that can take you to the “promised land” of the good life. Where you are OK.

I use tools to knock you conscious. Once Consciousness is awakened it will do most of the work.

Busy-ness, hurry, neediness will always put Consciousness asleep again… so beware. Those unconscious states will kill you unless you snap out of them fast.

There is no hurry on the Creative Plane… And “there is nothing wrong… no need to fix anything”.

I like the principle: Be quick but not in a hurry. I live by it.

It takes being present to the principle: “there is never any hurry on the creative plane”

Of course some people think I am hurrying them when I am never in a hurry. I haven’t been late for more than five times in the past 20 years. Once I missed my flight, and five times I forgot about a webinar I was supposed to lead… oops.

Instead I shoot for being early, so I don’t have to hurry.

It puts unintended pressure on other people… people who are intentionally slow, or people who resent having to do or be anything.

If you have to hurry, or if you are busy, your integrity is probably out… as in you have violated your sense of integrity in some way. And not surprisingly you think that hurry or business will correct that. But that is not the nature of integrity…