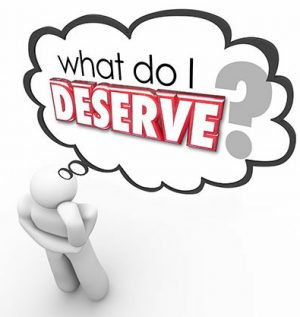 Every generation is more entitled than the previous one. Why? Let me explain…

If appreciative is the opposite of entitled… does that mean that all those people who are not appreciative are entitled?

Entitled 1 is a worldview. It is a ground-of-being phenomenon, invisible, like the floor. An unexamined truth. To you. But for the other, it is quite obvious… 2 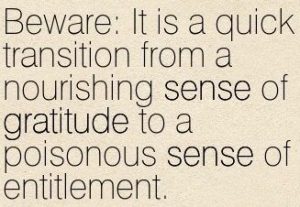 Appreciative, interestingly, is not visible. Appreciation is not a doing thing…

Moreover, appreciative sits right on top of humble, because unless you are humble, you don’t even notice that you are getting, that you got something.

And as we have seen in another article, another inquiry, humility has something to do with how much you think of yourself, how much you have yourself the alpha and the omega of things.

If the whole story is told from your particular vantage point, all of life, then you are all about yourself, and obviously cannot be humble, and consequently cannot be appreciative.

I am talking about being appreciative, the floor, not the appreciation of something, which is a moment, a blip on the screen of entitlement: “There is nothing to appreciate…  Much is missing, much is not given.”

Which is now showing us to what is there when the floor is entitlement, not appreciation. 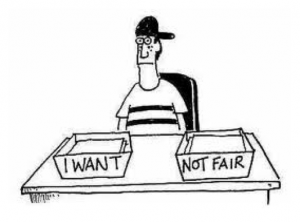 One common thing to observe is how much you smile when no one is looking.

Because “not appreciative” is 97% of all the people you meet, it is not easy to see… but once you get this, as a distinction, you’ll start to see it everywhere. I recommend that you observe people with compassion instead of judgment… because… 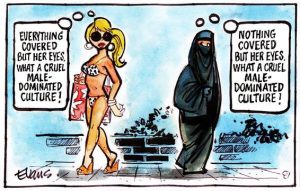 The next way you know you are entitled is that you are judgmental.

A judgment is stating something as the opposite of how it should be.

The difference between an assessment and a judgment is that the assessment states a fact without saying that it is wrong, or it is unnatural.

You can say: You are entitled… and have nothing in the unsaid. No blame, no hard feelings. Just the fact.

Try it. You’ll find that it is harder than it sounds. The harder it is to have no feeling about it the surer you can be that you have a standard and an ideal about how people should be, and their being entitled violates it.

Having standards and ideals is a foolproof sign that you are entitled yourself.

It’s not that you feel entitled… It is that you ARE entitled.

But life, reality, don’t agree. Things, people, work, the weather, the government should be the way they are.

What? Yes… I meant what I said. Things should be the way they are.

Why? Because they are that way.

You may have a better idea, and often you do.

But one thing is certain about people who are entitled: you’ll give it voice, but you won’t act.

You are very vocal, and maybe you are even an activist. Or you sulk. Resent. Feel violated… But you won’t do. 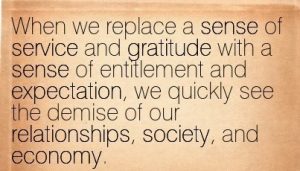 You even find that you cannot do. You attempt and it isn’t happening…

Every ex student, ex client, ex friend, ex lover I have ever had was entitled. They tried to change me so that I start doing what I am supposed to do, and of course, I did whatever I did, and it wasn’t it. 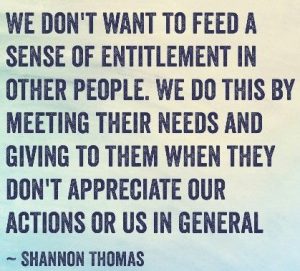 Although many really wanted what I had, or what I had to give, I wasn’t doing it right. I wasn’t right.

Most people flock to “shooting fish in a barrel” businesses or topics.

In that situation their entitled worldview, that people want what they have, is confirmed. Just sell it better, if they are not buying enough.

In my business I am talking to, I am relevant to a tiny segment of the population who can appreciate being well, being aware, becoming an expanding human being.

The rest, to the degree that they are entitled, can’t… and won’t. 5 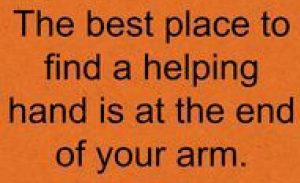 The whole culture we live in is based on entitlement. The floor… To the degree that you are entitled, you see everything through that, whether you are getting what is your due, whether people are doing the right thing so you can get what is your due. 6

It is clearest when you ask people to explain what the famous line means in the American Constitution: “We hold these truths to be self-evident, that all Men are created equal, that they are endowed by their Creator with certain unalienable Rights, that among these are Life, Liberty, and the Pursuit of Happiness.”

Every person will tell you their personal interpretation.

97% will come from entitlement and blame. Not from “I have the opportunity to work my ass off”, or “rights don’t mean facts… they are a permission to work towards what I want, by deserving what I want.” 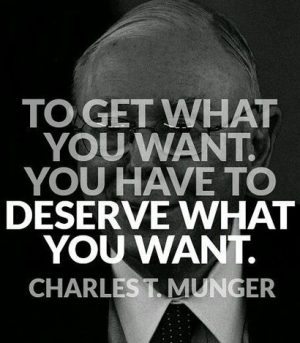 The biggest plus on the Tai Lopez program is bringing this into awareness… “You have to deserve what you want.” And once you deserve it, you also have to earn it.

No airy fairy sounding “I am a deserving person”, or I am as good as the other, so why don’t I have it. Blaming the rich, blaming the famous.

The idea that they need to work for it doesn’t occur to the entitled, or it occurs as sound waves that are meaningless. Noise.

And what is terrifying is that we are talking about 97% of everyone. And the number is growing. You train your children to be entitled. 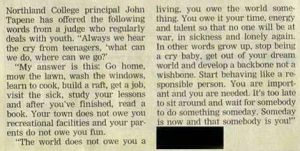 You cannot change other people, but you can change yourself.

I have seen people’s numbers change. Or swing back and forth. 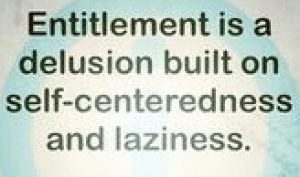 Entitlement, the number, can creep back up unless you keep it checked. One of my students went from 60% to 90% and now doesn’t talk to me… He is on his way out… Because now it is not worth it, because now I am not the right person, because now working for what he wants sounds like an ugly thing. He should just have what he wants, because it is his due. He deserves it…

Only when I look at people through this filter (entitlement) that I can understand their attitude, their behavior. 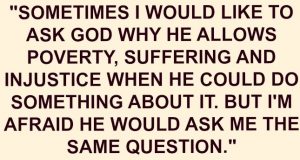 My biggest accomplishment is that I have managed to bring compassion to my view of people. The judgment is gone. The assessment is still there… but because of this compassion, because of my ability to feel compassion for them for what is missing, for what is off, this ability to see that life is actually horrible for them, allows me to have no judgment.

It also allows me to grieve a little less for not being appreciated. Seeing that you can’t appreciate.

It still hurts… but it hurts without me having to blame you, without saying “you should appreciate me”.

This, compassion, is the secret of that famous Holocaust survivor who isn’t blaming the Nazis… Not publicly and not in her heart.

This is the secret of people who grew up abused and don’t blame their parents or the abuser. Or the system. Or the color of their skin. Or whatever they could blame… They don’t.

Being able to move out from behind your own eyeballs… And see the big picture. 8

In the big picture there are no should, no “supposed to”, no right, and no wrong.

Just “is that way because it is that way”… the starting point of effective action. YOUR action. For what you want. 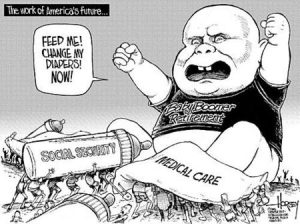 Prefer blaming? I get it. In essence you prefer to be miserable and right. Be my guest. Do it with my blessing.