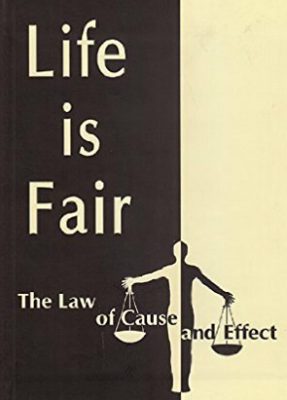 It seems that we, humans, never look at anything long enough, or awake enough, to actually see the forest for the trees.

I mean that certain things can only be seen if looked at long enough.

The cat can’t recognize anything stationary, unless it stares at it long enough. And honestly, neither can you. Or me.

But you, with your big brain, and arrogance, you think you saw all you needed to see, and it is how come you use only a small fragment of the information available to you. You don’t even look! You don’t listen! You don’t pay attention to your senses.

You live in your head…

When a student of mine needs answers, instead of looking, getting more information, they ask me… or youtube… or google.

And the answers you get is another person’s “top of the head” answer… or a meme… because almost no one is willing to use their senses to gather information.

This is obviously new, relatively, or humanity would have never survived this long.

Now the crucial question, will any human survive?

Muscle test says that humans that evolve to human being level WILL SURVIVE.

But using your senses instead of your memories, your mind, to orient yourself is one of the main ways a human being is different from a human.

My whole work is to see if using Source energies, if using Source suggested methods, is enough to cause evolution to individuals… to start them and guide them on their path of becoming a human being.

The path begins at the vibrational level of 200. Begins there.

Humanity’s current average vibrational level is 125. It has gone down since I have been measuring it. Five years ago it was 140.

What causes vibrational level to sink?

Believe it or not: it is memes.

But, of course, it is also memes that prevent you from actually looking. It is not “hip” to look, you should already know what’s there. But, but, you have no idea what’s there.

Not you, not me… unless we are looking, and unless we see what’s there for what it is.

Obviously vibrational level 200 is just the starting point. I reached that level only 13 years ago.

And the main difference was, I recall, is this willingness to not just plow through life with episodes of hiding from it, but to actually look. To look and see.

It began during the winter when two unusual things came together: 205 inches of snow that winter, and commuting to New York City for my I.L.P. (a Landmark program) every Friday. 275 miles each way. (four and a half hours by car)

Most of it in snow, whiteout 2 , unplowed roads, and driving really tired.

It woke me up. It was also clear, for the first time maybe ever, that my life was in my own hands. And eyes. And ears. That I could blame the weather, or I could weather whatever I needed to weather.

Integrity and Responsibility… that is the 200 level.

I missed only one session, when on my way to New York I ended up in the ditch, and the rescue people screwed up my car. I would have driven on… but the alignment of the wheels got messed up, and the car was not stable to hold the road…

Responsibility and integrity: driving on would have killed me, or many others as well.

Living by memes, the thoughtforms that came from other people keeps you at low vibration.

I am running a special on my health services. People for whom money is more important than health are coming out of the woodwork. It’s OK… I understand. I am poor too, living on a budget.

Putting memes and diets in the same sentence, allows me to see that the way people eat CANNOT BE GOOD for them, given the memes.

Running this special gives me to do so many of these “charts”, one after the other, that I can see what normally I only see in isolation. I normally see the tree. Today I took a glimpse at the forest. I am seeing that people are as different as can be, and what they need to eat to be well is even more different. Cannot be directed by memes.

I don’t know any of these people… I just see their picture, and their birth date. I then connect, and when I am merged with them, I ask Source to say “yes”, “no”, or “somewhat”… 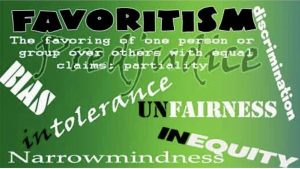 People are way way off with how they eat.

I read in a book, that medical doctors still say and believe: a balanced diet will give you all the nutrients your body needs. This is probably why they die 20-30 years earlier than normal people.

And unless you know if your genes (a mixed bag!) say you should be a vegetarian, or an omnivore, you go by your hunches, or by some meme. I knew a woman who said: don’t eat anything that has a face on it. She effectively killed her husband with the diet she forced on him. Her husband could not cope with vegetarian diet.

I have no preference. If your body says: vegetarian, it will also say what protein sources are good for you… The body survived because your ancestors were intelligent, not meme driven. Not you, your ancestors. YOU are stupid, because you don’t listen to your genes.

You listen to memes instead. Memes that are one size fit, harmful, and mostly good for no one.

I remember when I first woke up to that fact. It was 1977. I just won first prize in a national architectural competition. My share was big enough to buy a car. (It’s teams that compete, not individuals. I was #2 on my team.)

It was too confronting to suddenly have so much money. So I got ill. Sinus infection, high fever, delirium. And in my delirium I suddenly saw that the idea of communism (a meme) was beautiful, except it didn’t work for anyone. It just didn’t work!

It is not pleasant to find out that the floor you are standing on is a meme, not something real.

But unless you find out and wake up, your vibration remains low low, and you never become a human being.

Life is cruel this way. Life is fair. It doesn’t give you something unless you earn it.