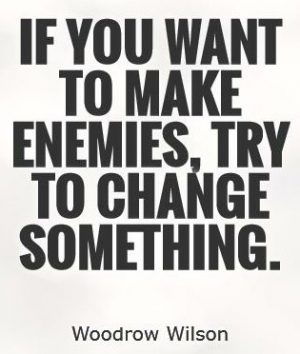 Prepare to be spinning with this for a while… Because this article can scramble your reality, like spinning can… Which way is up?

But for the few of you that this is what was missing, it will be like a cool hand on your hot forehead… Soothing. Panacea.

Because, truth be told, your reality is scrambled, and this article has the potential to unscramble it. Again and again.

Because the nature of personal reality is that it is scrambled, and tends to stay scrambled.

No amount of right will fix something that is wrong. At least this is how it looks on the surface. But what is the right and what is the wrong? and is it true that what is wrong IS wrong? 1

No, I am not kidding you, no I am not pulling your leg… things really don’t work how you think they should. 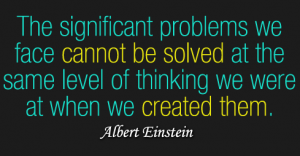 Einstein had a saying that 99.99% of people don’t understand: you can’t solve a problem on the same level of consciousness where you were when you created it. I paraphrased…

But it is not clear to people, what “level of consciousness” means… WTF does that mean, right?

So let me say the same sentence using a different terminology, that will allow a few more percentage of people to understand.

Your level of consciousness is your world view. The sum total of mental memes you have as your “operating system”.

In many of my articles, I call this “your ground of being”… “the floor you stand on”

Let’s look at my example that triggered this article this morning, a few hours I downloaded the chunky energy of the Days of Power:

I was looking at my apartment this morning. I have lived here for 14 years. I have asked for only one thing since then: I asked for a new stove: the old stopped working completely, after seven years of only one burner working.

I know… don’t tell me… just hold your horses.

I’ve watched other tenants asking for a new refrigerator, a new toilet, a new sink, a new whatever… but I make do with what I have.

What the hell is wrong with me? Right?

And this is where we can get to the crux of the matter of Einstein’s sentence, through seeing this behavior accurately.

I’ve dragged my “ground of being”, which is “worthless”. Or “a bother”. Or “shouldn’t have been born”. I have dragged it through living in three countries, for 70 years.

Being worthless, being a bother, I shouldn’t have been born cannot be fixed.

All fixing to be useful requires for what is being fixed to be real, accurate and true, from any vantage point, not just yours.

Trying to fix what isn’t real, is like playing air guitar. It is like fighting the windmills.

You get exhausted, bruised, diminished, but no fixing happens. No guitar sound. The windmills don’t butt… Nothing changed.

All my life I tried all kinds of methods to fix that I was not wanted. And alternatively trying to prove why it should be true… by behaving like an ass…

But all from standing on the ground, on the level of consciousness, in the context that it is true: I was not wanted and that means something about me.

But what is the truth?

It is maybe true that I wasn’t wanted. But it means nothing about me. I was a fact of life premature baby… loud, crying, sickly, throwing up every night, not able to sleep, a true bundle of “joy”… lol.

It wasn’t my fault. And no amount of effort on my part can fix retrospectively that I was born prematurely, that my body could not deal with the baby formula I was fed, that it was destroying my body, etc. etc. etc.

No tiptoeing today, no self-sacrifice today, no living today without asking  my landlord to provide me with the value I pay for.

No amount. Not ten times not 100 times more… Because it cannot be fixed.

It was maybe true that my mother didn’t want me, it was true that I was a difficult baby, it was true, it has been true that I am a pain in the ass… all that has nothing to do with anything else…

And all this fixing is just creating new problems.

Because love cannot be bought.

Unless that is the level of consciousness from where you view the world, right and wrong, black and white.

I am weeping now.

I got stuck again in this consciousness level.